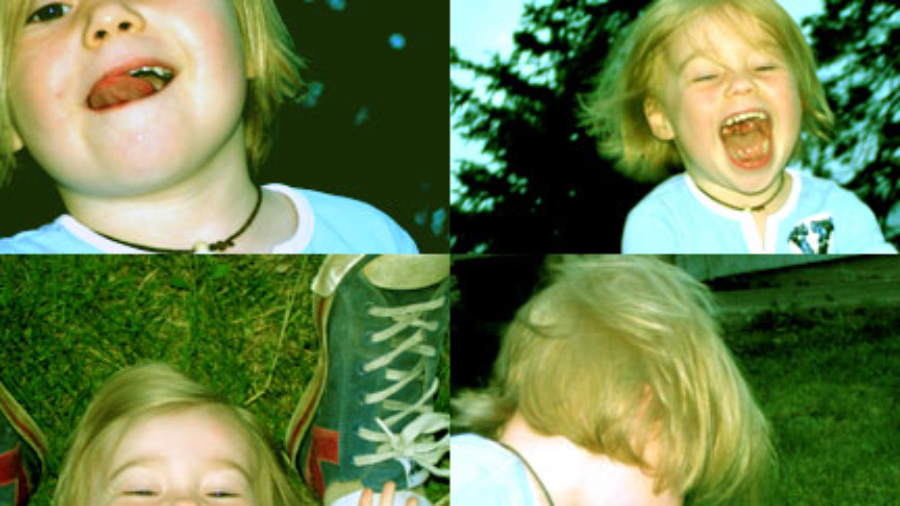 Today: my daughter’s first haircut. And, inevitably, her second. Mama was the architect of Round One and Ashley from Today’s Hair saved my ass after things went awry. On our way to Haircut #2 this afternoon my daughter struts her stuff, 30 pounds in her thug hat and overalls: “I’m going to get my haircut at the salon” (only she pronounces it “salam” which belies the cocky, knowing tone she employs). The actual salon experience was a little intense for her at first (as soon as she saw the blowdryers and flashing scissors she quickly went from renegotiating to clambering up Mama and hanging on like a lemur); but given a brightly-colored monster smock and the haven of Mama’s lap it all went off very well. Ever since, she has been tossing her hair and telling all sorts of people about her haircut and suggesting they get a haircut and talking about how soon she wants to get another haircut… etc. etc.

Anyway – there is something about that first haircut that makes your kid look so BIG and yet, somehow, smaller. They are out of babyland and into figuring the world out, and they can’t even pronounce stuff right. All day long I’m looking at her thinking, “Where did this little person come from?“

Friday is extra kid day. A little intense; of the four kids my girlfriend and I are herding around on Fridays two of them are potty-training. It’s fun to watch these little moppets grab their crotch or ass repeatedly and to get to play the guessing game of which grab seems a little TOO urgent and then if you don’t act immediately whoops! – it’s a poop-your-pants moment or, somehow more annoyingly, a false alarm. Daily I thank God for my little Tuff Girl in her Tuff Girl panties, taking care of business on her own (and those are the cutest panties God has ever made mostly because of the sheer tininess of them alone).

An hour ago my husband and I are driving back from Date Night (which was lovely but – a little bit of parent cop-out – included a 20-minute grocery stop) and we come up on a hitchhiker thumbing at cars. As we watch, the car a few blocks ahead of us passes him by and he shakes his head angrily and says something angrily. I laugh a little at this strategy until as we pass him I look in my rearview mirror and see him flip us off. I mean, we would have picked him up but we were literally only going one more block. Thanks, man.