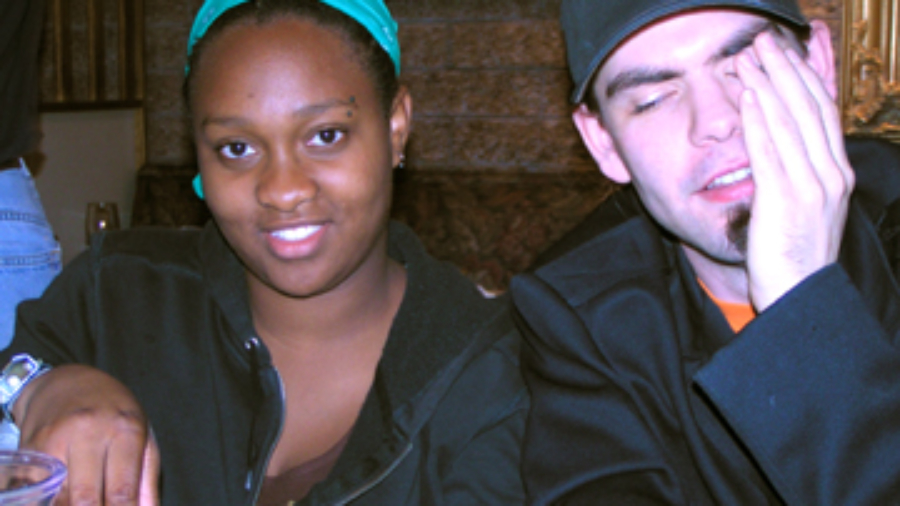 I finally – after three years – got to meet Jamila. My brother’s smart, beautiful, surprisingly shy – but most of all – actual, real-life girlfriend. We tried our best to be ourselves. Oddly, she left a day earlier than originally planned. I’m sure it was a coincidence!

GRAZDMA. Here is my mom, ambushed into holding still for my efforts at a sneaky non-flash photo in bad indoor light. Ralph is trying to bewilder her by pointing out something. She caught on mere moments later. Anyway, I look just like her, but with worse hair.

Imagine this face your entire childhood: “I’m disappointed in you.” My dad. He doesn’t like having his picture taken either. I guess I was the asshole taking all the pictures. But I have a blog to think about.

Tony. Talented. Smart. A good friend. I teased him all night and I’m pretty sure he was mentally giving me a cock-punching by the time the birthday cake was cut.

“I am so cute and fat!” On to today – an afternoon walk as Sophie napped. The world is Nels’ oyster. This was after his lunch including every kind of sushi at our table. His father is disappointed at his proclivity for eel.

the Hoquiam River: the color of disappointment. Here we can see the paper mill I worked at for two summers. To the right (out of camera view) is an area we all referred to as “the Flats” while growing up. The site of many a bonfire and general grab-assing amongst the combined gangs of my friends and my brothers’. Seven years ago, host to many a grappling match in the back of my Corsica as Ralph tried to wrestle my shirt off. He got his way in the end, I guess.

bart wasn’t home, so here is a picture of his hot rod. I wish we could have got him on the hood, preferrably in thong underwear.

This is just a cute puppy I saw. He lives two doors down from my parents’ house. This photo is almost life-size, it was that damn small and didn’t even have poop-breath, that I could tell.