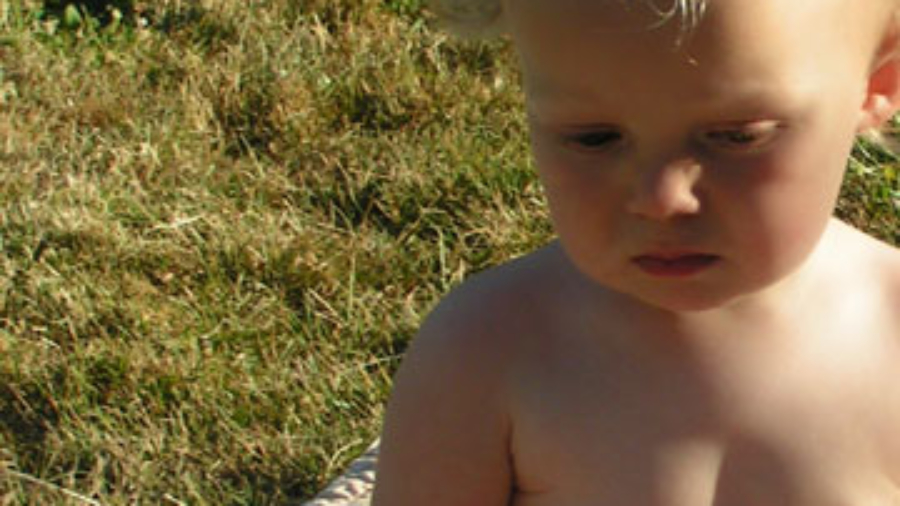 He had a rough day. Life ain’t all tit-and-naps, you know!

Even though I have been known to “lose it” over seemingly minor issues such as botching a batch of homemade tamales, my husband growing a mustache, and my bad prom ‘do in ’95, I am actually quite calm when it comes to emergency or near-emergency situations. A typical instance: riding passenger in my friend Jen’s van a few months ago and I’m blabbing away (as usual) while Jen is listening attentively (as usual). As I am talking I notice a mere quarter mile ahead of us the line of cars on the highway has come to a sudden halt, a fact my girlfriend is as yet unaware of. “You’re driving too fast,” I say conversationally to Jen, recrossing my legs and taking a sip of coffee. She is still looking at me and not reacting, in that momentary fog where the import and context of my statement don’t match. I observe we are still hurtling along at 55 miles an hour (or rather about 88.5 kph, since she’s Canadian) and the SUV immediately ahead of us is rapidly drawing near. “You’re going a little too fast,” I say again, this time politely raising my voice to just-above-normal. She swivels, gasps, and performs an excellent slowdown that nevertheless requires a turn into the shoulder to avoid collision or locked-up brakes. She is rattled; I am pleased at the lack of car-drama; we are OK. Compare this to a CERTAIN FRIEND OF MINE (let’s call her “My Mom” for short) who would have screamed, stomped on her passenger-side “brake”, then refused to admit this display could have anything but positive effects on the driver’s performance (you freak! Just kidding. I love you!).

Today’s non-emergency had nothing to do with automobiles: my three-year-old locked my infant son in a room with no egress. My daughter had engaged the lock unbeknownst to me so that when I closed it, he was shut in. I discover this 20 minutes after he’s been crying (I was hoping he’d go down for a nap – no dice) so by the time I try the handle and realize it is locked he is D-O-N-E and wanting his M-A-M-A. I immediately grasp the problem and find a somewhat appropriate tool to jimmy the lock. Meanwhile my son, hearing me on the other side of the door, has escalated his cries. My friend Michelle is hovering as I attempt the lock with no success. I know the windows are impenetrable. I am in a robe and towel but I pop next door to CKs where Spoolie the Handyman is working. I explain the situation and he glibly provides me a slightly-more-appropriate tool. I briefly note to myself that I am ready for the actual Handyman himself to come over, but what the fuck, I’ll give it a try.

Spoolie’s tool does not provide success. Downstairs for a screwdriver: take the doorknob off. I am in the guts of the apparatus, but can’t disengage the latch. Put on clothes, walk outside, check the one window in case it was left partially open. Strike out, again. I don’t need to describe the sounds coming from my son at this point – but – they are very, very sad. I walk back over to CK’s and ask Spoolie – calmly – if he will come over with either his magic fingers or, barring any elegant solution, a big sonofabitchin sledgehammer (sorry Nels, this may be a loud entry!). Suddenly CK, Spoolie, and Michelle have a slightly higher energy as the knowledge runs through us like an electric current: WE HAVE A CHILD LOCKED IN A ROOM NO ONE CAN BREACH. Spoolie heads over; kneels down; within a few seconds has found the magic trick (commenting that something in the lock assembly is broken, a fact I did not know until then). I walk in and gather up my now-hysterical, bug-eyed, very frightened little guy. He clasps his arms around me. His head smells wonderfully of sweat and sadness. He calms in my arms.

I thank all those who helped (supporting cast, as far as my son is concerned) – I thank my stars we did not need to hammer a door down to get The Boy – I thank God we found out about a faulty doorknob before there was a real emergent need to enter the room. I am praised for my calm by the ladies. I get the feeling I will have a slight cry later on, in the safety of my car or counselor’s couch.

All is well that ends well. And now, dear readers, something to lighten the mood, in the aftermath of 2 1/2 foot-tall-terrors: I envision my blog being read by not a few childless, young sophisticates (i.e. people cooler than me who don’t bounce checks or wear wifebeaters in public). I pose the question to those of you reading – have you ever driven by some shitty yard – appliances or cars propped up akimbo, “dogs staggering about, looking for a place to die”? Have you ever thought, I would never let my kids run around naked outside! and perhaps even queried yourself, what kind of parent would? I offer you Nels – once again, touching himself. In public. For the commuters heading home tonight.

Tune in tomorrow for chapter 2 in the Nels saga, explaining his new waif-like physique (well come on – waif-hood is relative).