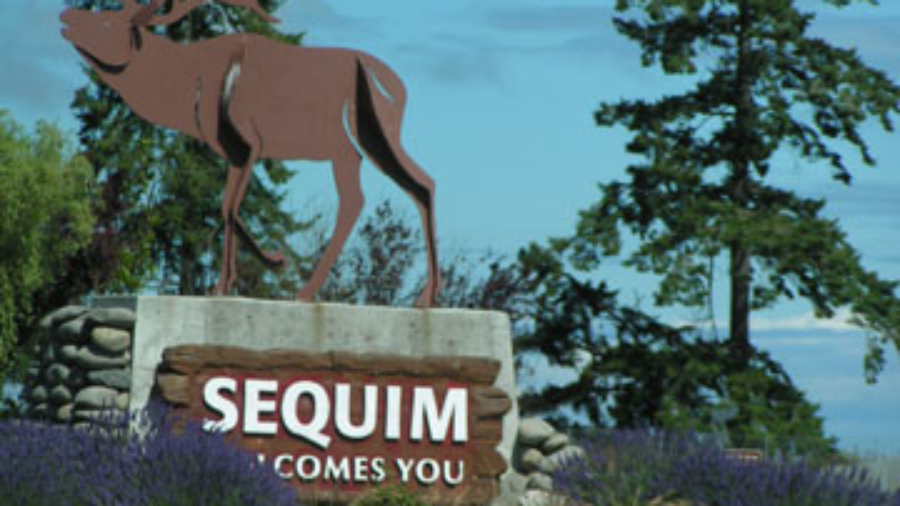 For those of you lacking the Washington state lore coolness factor, our modest burg Sequim is having its Lavender Festival this weekend. Sequim (prounounced “skwim”) is a friendly little agricultural town (population 4200) that thanks to the rain-shadow of the Olympic mountains enjoys unusually balmy weather (about 17 inches precipitation a year), a fact which locals (that is, those of us living in about a 50-mile radius) breezily refer to as “the banana belt” and which no one else gives a shit about (we PNW’ers have a chip on our shoulder about our crappy weather). Anyway, Sequim has so much goddamn lavender that even on non-Lavender Festival weekends, I feel a bit lavendar-nauseated driving through the burg, which in most respects is your average small town, if a bit friendlier than most. We took our berry-fetishist daughter and son Sir Pukes-A-Lot (yes, he’s still sick) west today with the goals of touring the festival, taking pictures of local freaks, and picking berries at one of the many U-pick farms the area has to offer.

Sequim features fake elk sculpture (although not as much as dad-blasted Raymond), and a few real ones too. confusing and distressing for motorists.

Huckleberry Siouxsie, resplendant in overalls (no shirt) with a cleverly-contrived picking bucket strapped on (yay! child labor!). Notice in her little beak the first of about 4,000 berries she scalped despite our admonishments.

Mama. Interesting how every picture Ralph takes of me includes my cleavage somehow. Note black tank-top and unwashed hair (I am probably featured on some cooler, more sarcastic blog for looking white trash).

I picked like, a million of these. And took a picture of every one. The farm smelled of loganberry wine, ripe raspberries, and lavender. You could hear people talking and laughing in the particular way sound carries over farmland. It was a very nice afternoon.

Imagine four hundred million thousand acres of this. Every shade of purple/blue imagineable. To think most of this stuff goes into stupid candles and overpriced sachets.

Your typical Sequim friendliness. I looked out my window and said, “Smile!”, then *click!* Where I grew up, he would have snarled and threw a crescent wrench at my head. I thank you, Young Boy of Sequim.

Our little berry picker, winding down for the day. Nels threw up raspberry/breastmilk slurry about 2 minutes later, interrupting the idyllic atmosphere of the car.