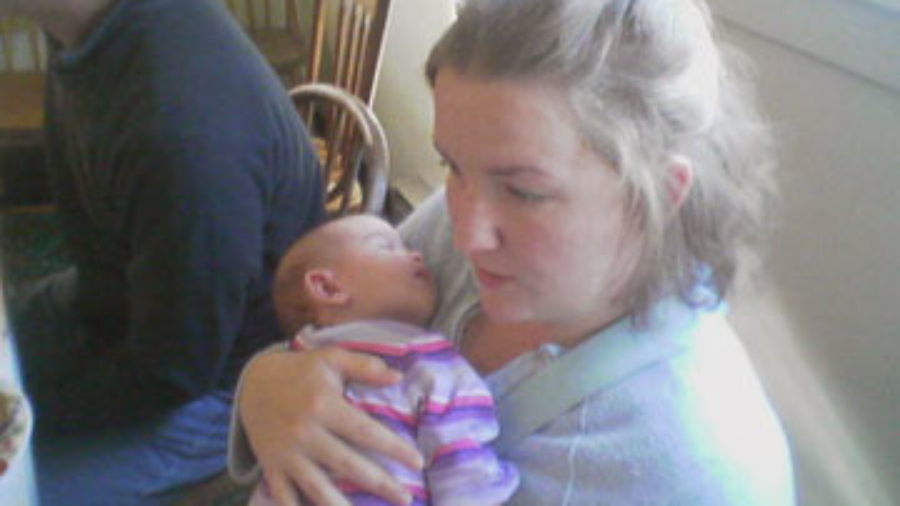 Right now I am listening to a selection from my vast iPod music library via Logitech Bluetooth *wireless* headphones [gloat]. They belong to the CEO at my husband’s work. I told Ralph, “Why don’t you just tell him they broke?” in hopes we could scam them. Because you know, I don’t have an extry 150 clams (see post immediately previous). Yet, although I don’t have the money to buy them, I know on some level I need a pair of wireless headphones to tune out both A. The Kids, and B. Reality In General.

Me holding yet another God Damn Baby. Just kidding. This was the youngest attending child last waffle Sunday and it was a real pleasure to snuggle her. Her name is Emily and her father (not shown in picture) dotes on her in a very sweet way. He used his phone camera to take pictures of the baby, anyone who held the baby, anything the baby touched, and things that the baby may be interested in when she wakes up. Even though her focal point is probably about 18″ from her little nose.