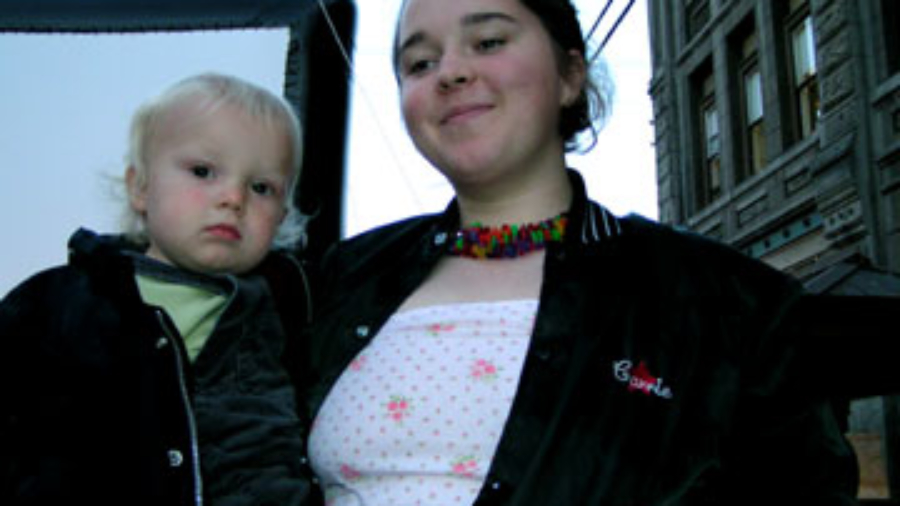 This weekend we lost a neighbor. Not to age, or illness, or a domestic scuffle between houses – but to her move-out on being 18 and emancipated. As of last week, the transition wasn’t going as smoothly as the turnkey operation both women had expected. As our dear fledgling girl came to find out, it is a pain in the ass to move, even if your possessions are constrained to that of a dependent in your parent’s home. But with a little extra burst of energy, a bunch of cardboard boxes, takeout Chinese food and a few Coronas, it was accomplished. And two nights ago I found myself packing up, tearing down, and sorting through this girl’s entire life – before waving goodbye to her and her history in her mother’s home.

The first time I met our neighbor’s girl I was seven months pregnant with my first child and we had only recently moved in. One crummy winter’s night I came home to a locked-up house and since I was unwilling to climb through a window I went next door to find someone who could. I remember feeling kind of dumb, but that it was a very appropriate thing for a fourteen year old neighbor to do, and not an appropriate thing for a hugely pregnant woman to do. To think in such a short time would come to know and love the family and that little girl would not only babysit the child in my belly at the time, but another as well, and move out and get a job and take off into her own life – is further proof in how the universe moves on at its fast clip no matter what pace you move at.

Here’s to your freedom, Pegs. I know you will enjoy it.