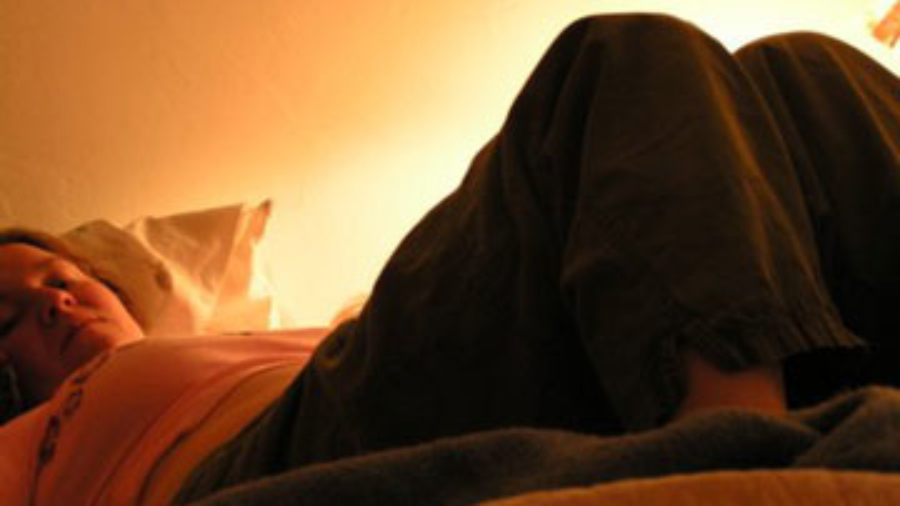 Another weekend, eaten up. Highlights include:

I rarely post pictures of me here. Mostly because, um, I’m often the one taking the picture, so… Anyhoo, here’s a couple Ralph nailed this weekend (ones that did not meet his new Flickr-Snob Quality Control):

Near bedtime, just after Ralph had pulled both kids off me. This is about how cozy I felt. I wear giant pants to bed and it feels good.

Comforting Sophie after a setback at the Fort (“setback” being I challenged her to a race and won. Hey, I’m not going to slow down just because she’s a couple decades behind me in motor skill development). Saturday we had matching hair, which I thought she would like. Instead, when she noticed this she told me “Don’t ever do that again.” Whoops. The first in many, many “Mom you suck so bad for your ideas in general” moments between mother and daughter. But guess what? If only one of us gets cute hair, it gets to be me, because I’m the one who knows how to do it. Again, I win.