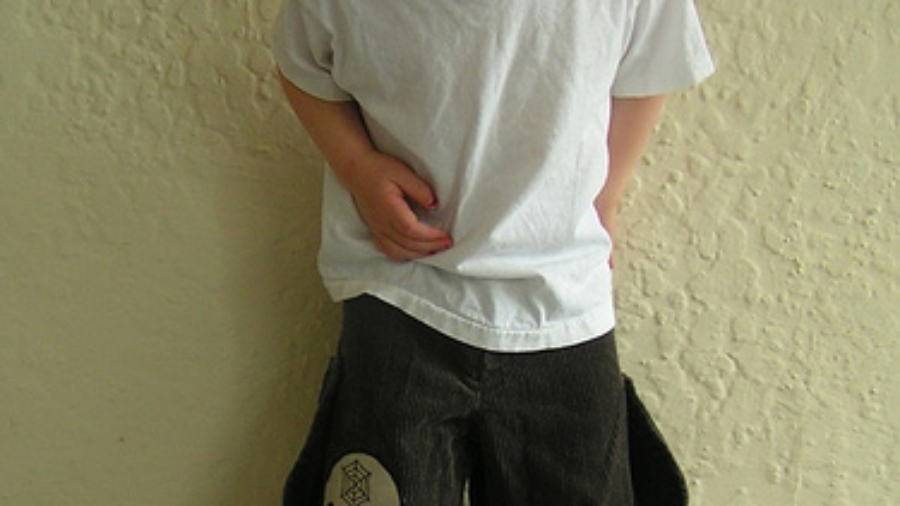 Dear Flickr: Thank you for making it about twice as fast for me to blog my sewing projects. My son turned three on Saturday the 7th and I spent the day (besides cooking, cleaning, and kidcare) in a sewing marathon making him these pants. I finished them ten minutes before we were due at the restaurant for his birthday celebration. Here are the front of the pants. I wish I could figure how to get the cuffs to not look rumply. Stronger interfacing? Who knows? Who cares. They’re done, they fit him. Finit. Here we see the adorable spider-patch made by LoriV at Etsy (who has since disappeared). I originally commissioned this patch for Sophie but my very considerate daughter was willing to let me put it on her brother’s pants, as a birthday present. How sweet! I love making these pockets. They could be used on any pair of pants as they are stand-alone pockets topstitched to the leg. The bias facing (binding) along the pocket opening is easy and fun. The back of the pants indicate plenty of room should they eventually be passed along to a boy still in diapers, and if you look closely you can see I only bothered to make three belt carriers. First off, my son doesn’t own nor wear a belt. Secondly, I would rather sew an entire prom dress than make and attach belt carriers. Ugh! I really enjoy the look of the flat-front / elastic backwaist. For kids with their slim hips and virtual no-ass, it works well. My brother took an “artistic” closeup shot of the fly. Thick-wale corduroy is rumply. What the hell did you expect? I used a white zipper I had lying around as I didn’t have a grey one.

Dear Billy: Thank you for coming over and taking pictures for me, since I’ve got no camera.

As always: my pattern review and Flickr tag set.