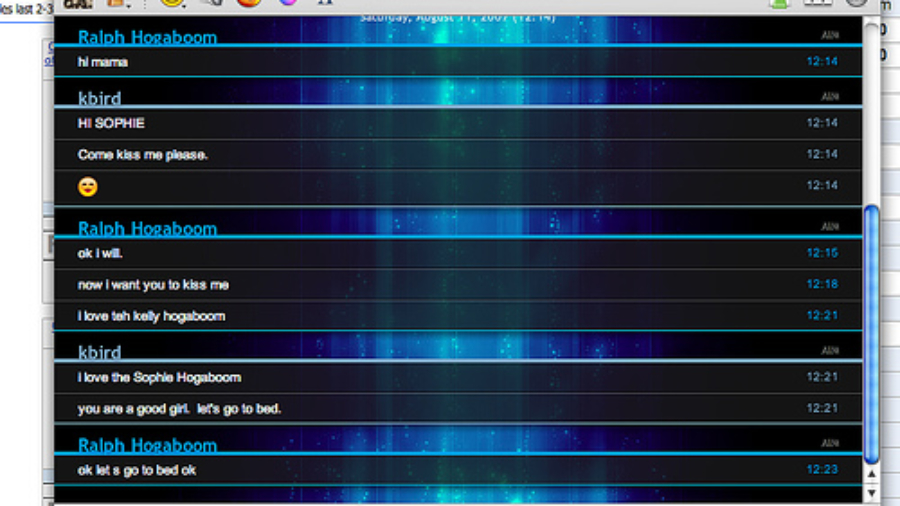 Our last guests left around midnight last night. It seemed like a good party. Everyone who said they’d be there ended up coming. There were 27 people total, including the halflings (I mean children, not hobbits, you dorks!). The food was great. My rather exotic fig / goat cheese / grape leaf grilled kebab was “fine” – but I won’t be making it again. We had enough beer and people seemed to interpret my BYOB (if you don’t want beer) as being mandatory because a lot, and I mean a lot of wine showed up. If anyone wants to come over and get their drink on – or if anyone wants to retrieve a bottle they brought over! – we’re here for you.

It was so odd to hang out with people who had various interweaving but not necessarily close histories (a few knew the same local porn star; many had first kiss stories that were either voluntarily or forcibly retrieved) as well as those who didn’t have a history here at all (newly moved to the area) and a few who didn’t know others or were shy. I feel acutely for those who “don’t know anyone” at a party. The last party I went to where I didn’t know anyone was pretty – not boring, but discouraging. In this case I actually attempted to start up conversation with the others there – who all knew one another – and was politely and repeatedly excluded. It kind of sucked but, blue ribbon for the effort. In any case as a hostess it’s hard to be a politico as well, so I just don’t. I try to greet, talk to, and thank everyone who comes and I keep my dish-washing at a friendly, not “crazy-assed neatnik” level.

Last night – up late – after post-party cleanup my Adium icon started flashing. It was my daughter, writing from Ralph’s computer. Sophie: hi mama
Me: HI SOPHIE / Come kiss me please.
Sophie: ok i will
[ interlude; Sophie comes over to kiss me.]
Sophie: now i want you to kiss me [I comply; she goes back to computer]
Sophie: i love teh kelly hogaboom
Me: i love the Sophie Hogaboom
Me: you are a good girl. let’s go to bed.
Sophie: ok let s go to bed ok

My poor son fared less well at bedtime; we did in fact give the kids their pre-bed bath and bedtime treatment (is it good care or some twisted form of abuse that on nights we stay up too late we still bathe and PJ them down to sleep?) and at some point Nels got very angry that Ralph wasn’t Mama and ended up yelling, “Reave me arone!” and various other freak-outs. I cuddled him to bed with a piece of homemade pita and he started falling asleep even as he chewed. I gently separated him from the food, made sure he didn’t have any left in his mouth, and left him to slumberland.

This morning as we had our various breakfasts (falafel, tzatki sauce, eggplant for me; pita, egg, and cupcake for Ralph and Sophie) I looked at my daughter and realized her long-loose tooth was gone. “Where’s your tooth?” I asked, twice, before she and Ralph got what I was saying. Sophie put her hand to her mouth and felt around and her eyes got wider and wider. “I lost it! I did it!”

A couple weeks ago I told her that after she loses a tooth she puts it under her pillow, goes to sleep, and wakes to find a surprise (Mommy and / or Daddy leave the surprise; we aren’t down with the Tooth Fairy in this house), she paused then said, “Is it a new tooth?”

Practical on her part.