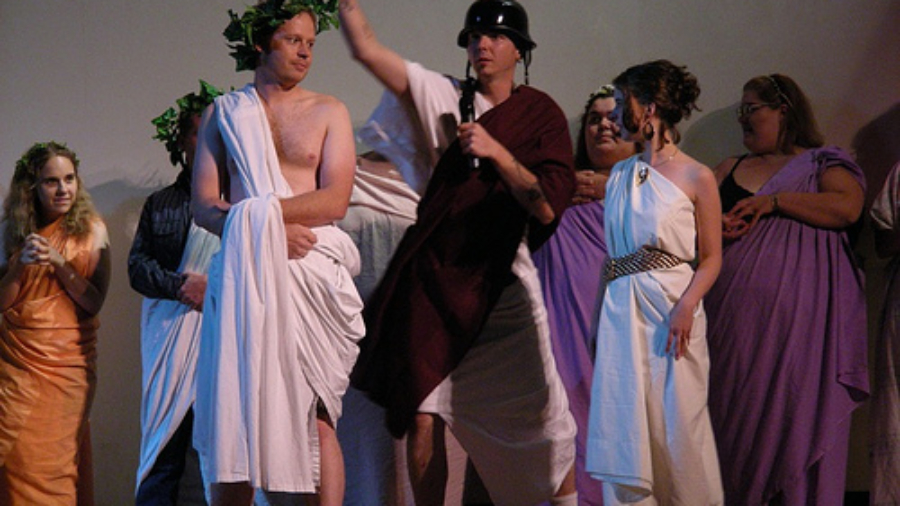 I forgot to mention, Ralph won the toga contest last night. There were around thirty entrants! The toga itself was made absolutely last minute: I (genius-like) tore a queen-size sheet in half and stitched the short ends together to create the length needed. Each contestant was interviewed onstage and then “runway’d” down the stage to show off. Beside him you see the female counterpart who tied him for first. She’s doing the “looking good” version of the toga; Ralph had a different take since he not only cracked wise (the contestants interviewed prior to Ralph claimed spending a mere five or ten minutes on the toga… when asked Ralph cocked his head in mock seriousness and said, “Seven… seven or eight hours?”) but he also pointed to his bare nipple during the clap-off to garner more applause.

Yeah, so. I didn’t really marry an introvert or anything.