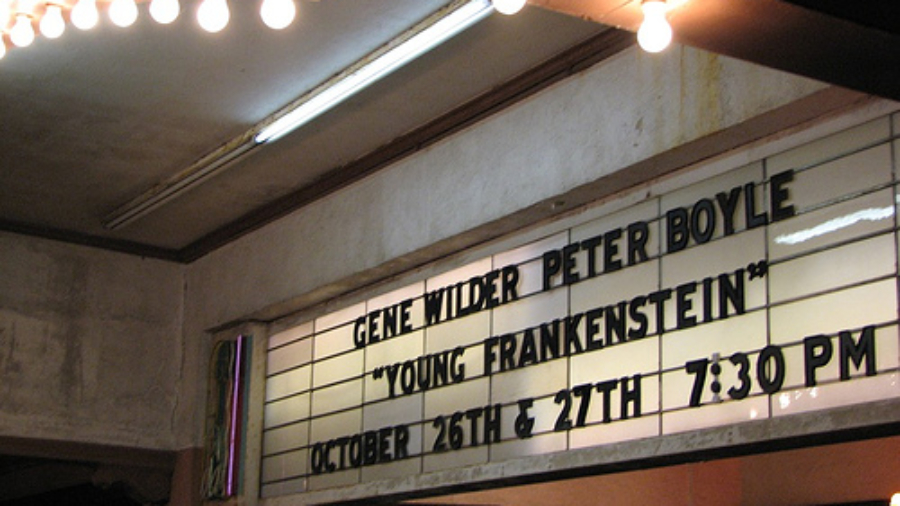 Last night our foursome worked at the 7th Street Theatre for the movie (Young Frankenstein). Sophie and I handed out programs (which I design for the films) and Ralph and Skels – I mean Nels – worked concessions. Let me out my family as huge dorks. Because these aren’t the “real” Halloween costumes, these are the ones for the movie nights. I pondered and pondered a way to frizz out Suse’s hair. It would have taken lots of product and forever; plus we have two nights of working and I didn’t want to go through whatever horrific process that would be twice. So I settled for a haircolor and white spray-in streaks. The dress is sewn from two tablecloths and the ribbon is sewn on to her neck (the ribbon sewn to itself, not my girl). I also tore more of the tablecloth into bandage handwraps and painted her nails a lovely blackish green. She was so into it. P.S. more than one boy / guy checked her out. It’s kind of weird.

Nels liked his costume too. Um. A lot. He and I shopped for the costume earlier in the day – black LS shirt, sweats (I cut and hemmed the bottom of them b/c I hate the gathered sweatpant look), furnished with medical tape “bones” – plus a skull mask (not shown) he found all by himself for $1. He was extremely invested in the process. As we travelled to checkout he howled, “Where are the bones!?” having no understanding Ralph was going to fashion them from tape. That night he made a big fuss until we allowed him to sleep in the costume and he clutched his skele-mask in his sleep – all night. Our friend S. took quite a few of these screenshots; they look great.