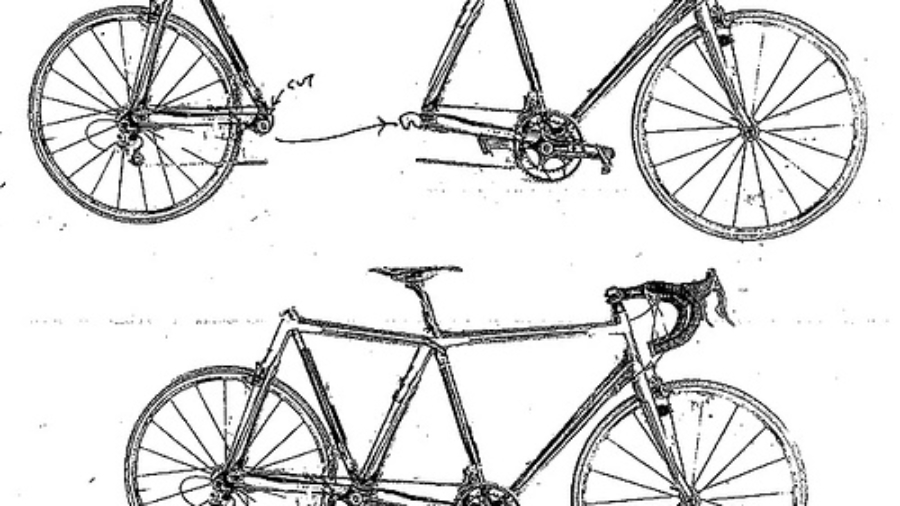 We had an outdoorsy day today: from taking a 9 mile roundtrip to get Nels from school straight to the bike shop where Terry and I (mostly Terry, although the kids and I were there for a lot of it and I even helped and learned parts of my bike, yay!) Franken-biked my Giant into an Xtracycle! Since my bike was torn apart before my eyes this involved me finding a way in poor weather to Sophie’s school and back home without wheels – in horizontal rain for part of it. Bitar’s Bike Shop is also slightly colder than the outdoors, and the outdoors were cold. Short story, it’s almost 9 PM and I’m still not warmed up.

The bike conversion is – so far – as lovely as I’d hoped. As in, I might have trouble sleeping tonight. In Bitars as I removed parts from the box I gazed upon them and fondled these parts (Oh, sleek Snap Deck!) as if they were so much excellent and rare porn, finally delivered into my hands after a seeming lifetime of waiting. The Xtracycle was fun; the g-d euro child’s bikeseat (I shall not name specifically and therefore print libel here about the annoying setup instructions) ended up taking us past 6:30 PM and Terry’s departure time so my S.U.B. will not be street-ready until tomorrow (pictures later; I’m kind of exhausted). I’m hoping dearly for a better day than today’s offerings (of which I had to bike, walk, bus with children) but I will test-ride that thing come rain or shine.

Oh, and Monday I was interviewed on by a college student (with his ladyfriend taking photos) for some coursework that involves Sure Nail & Fire. My zine is being featured as a small-town effort extolling the virtues of Harbor life; I listened to my interview today. I was really impressed with the editing job, especially after the NPR experience and how much coaching that entailed for just a short blurb; and considering Monday’s relatively low-fi recording device. For the record both interviewer E. and his girlfriend (photographer) K. were the most charming, sweet visitors we’ve had in a while. Smart and easy to talk to as well as cute as if kittens could be made into people (I bite my tongue to not refer wistfully to their youth).