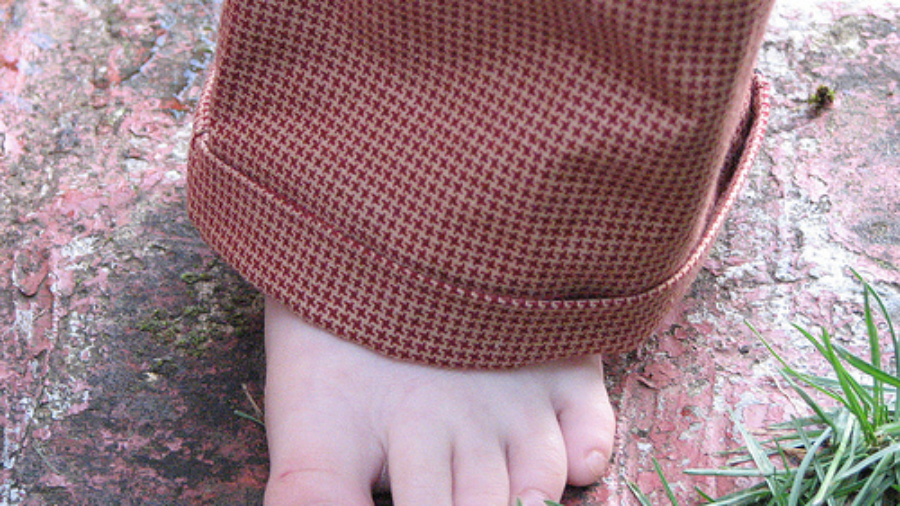 I’ve taught a few sewing classes (to smatterings of attendance) over the last few years and I recently remembered a rather funny moment. My four students and I were about twenty minutes into our first class and introducing ourselves in that sort of nervous way when another woman joined us, flustered at being late. Somehow in her hurried apologies to the class she gestured at her crocheted hat and told us, “I just had brain surgery” by way of explanation for something or other. And in her hands she carried a toy – not a miniature, but an actual toy, machine.

Everyone kind of paused in that “dangerous” moment (in reality, there is no danger) where we are assessing if this person is playing on the same field we are. But it turned out this woman was a sweet, intelligent, mother of grown children who worked in the area. Later that summer I counseled her on a machine to buy (a Singer 15-91), found her a manual, and helped her learn to thread her machine while she fed my children homemade applesauce in her sunny, homey kitchen.

This is no segue, but I just had a rather unfunny but startling moment about five minutes ago when I called my mother (to tell her to cover the truckload of fill dirt we hauled yesterday) and found out she and my father had been at the hospital all night because of his skyrocketing blood pressure (a new ailment). It’s like – I know my father is dying, but I still get so scared when I hear his life is in danger – and this is the silly part – I briefly and passionately react as if I can do something to rescue him from this eventuality.

I finished three pair of pants for Nels the other day. My kids’ growth and play-use of clothing outstrips my ability to sew for them. I may have to – gasp! – actually buy them a thing or two soon.