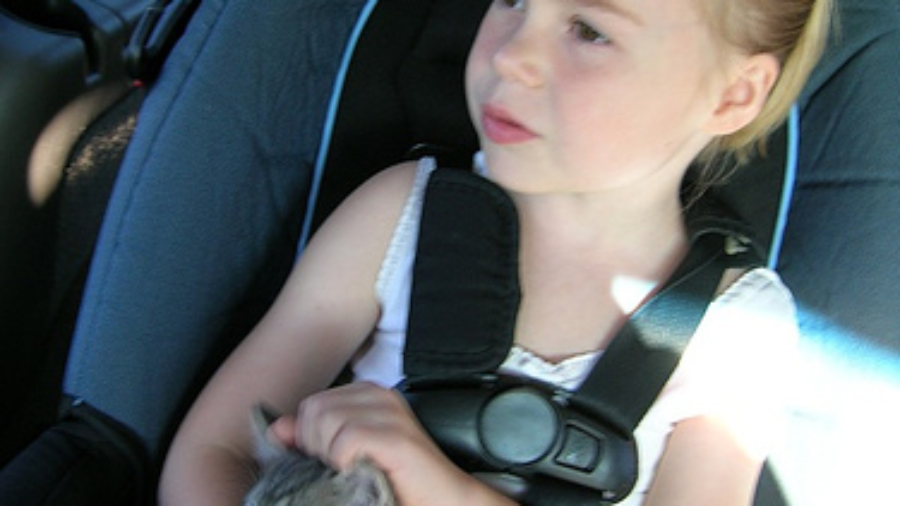 I woke up beautifully. And I usually have some great mornings. (These last few days I have been staying up late watching BBC mysteries on the laptop through Netflix instant viewing). This morning, to my left: Nels, clinging to me and sleeping softly. On the far side of Nels: my daughter, holding the cat Harris.

Sophie and Harris have a unique relationship in our family. She has always been kinder to the cats than our son has; in fact, she has been predominantly gentle to animals her entire life. She’s not the tail-pulling type. Harris trusts her in such a way that you often see the two of them travelling through the house, she carrying him in two arms, hunched shoulders, and his body forming an upside down “J” shape (or a right-side up flaccid “7” shape) while he purrs. Mornings, like this morning, you can find the two of them literally in each other’s arms – he’s a big cat, she’s a little girl, so the embrace is physically reciprocal in nature.

As I woke and perceived them there Sophie was talking to him softly. Sleepy, I reached over and pet all three of them; first the boy, then the girl, then the cat. The cat, for some reason, chose to grip the area between my thumb and index finger with his teeth. Not biting, but holding my hand. For a while. I tried to tug out of it but his little tooth was right in there. Sophie, seeing my conundrum, silently gave the feline a sharp but gentle whup on top of his head, her air the casual expertise of a professional cat-handler; he immediately released his grip. I lay there and watched the two of them while Nels gradually woke up and put his arms around me. I was in heaven. I was also thinking of my daughter and our pet; if she’s lucky, Harris will be with us eighteen more years or so. I pictured her out of our home, off to college or somewhere else, having grown up with this companion. Getting to have a love affair with this very cat. Being with him as he ages, perhaps – if she’s fortunate – when he dies.

It’s one of my life’s pleasures to watch my kids form relationships completely independent of my influence. I find myself comforted by the impermanence of things, interested in how things play out. My life as a parent has been one of relinquishing more and more control. I wouldn’t have guessed my daughter would take as much genuine pleasure from our pets at such a young age. I thought I’d adopted this kitty for my pleasure.

Me: Should I give Shannon some of the tamales I made as well? [while packing up some molasses cookies for her]

Ralph: NO! What the hell are you thinking?!

He’s a little greedy for tamales. As you know.