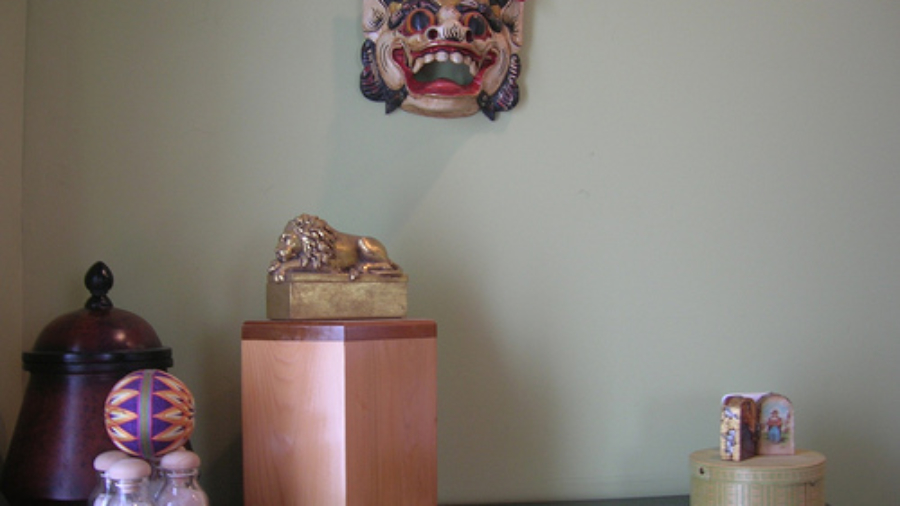 Last night I had the most graphic dream.  I was with my father in a hospital and we were wandering the halls.  He knew he had to die but we were electing to remove his current cancerous mass so he could die later. It was as simple as that: remove this tumor, and another would crop up somewhere else, somewhere more pleasant perhaps, and then he’d let go.

The two of us ended up in a dark room that contained some kind of machine reminiscent of a CAT scan. Instead of a technician coming in to diagnose him, he laid back and expertly reached into his body to expose the tumor hidden within.   It was a huge, shining, ten pound mass enclosed in the epithelium of his body cavity.  I was not at all alarmed but, poised with scalpel in hand, I did not believe I could do the job myself and I wept.  In the moment I was not at all disgusted or afraid at seeing the body’s mysteries we are never to see, the violation of a beloved body.  I was, as I have been in such horrific circumstances, brave if a bit in awe of life’s terribleness, surprised and broken that I could not conquer the task myself.

My father sat up and thanked me for my efforts, and we left to find a surgeon.  As we stepped into the hallway I reminded my father to wash his hands.  Because I am a mother, now and forever.

I spent most of the day feeling like I’d actually been with my father.  It was in a way difficult to remind myself this episode had not indeed occurred.  I don’t believe in communication beyond the grave, but it was nice to see him again.