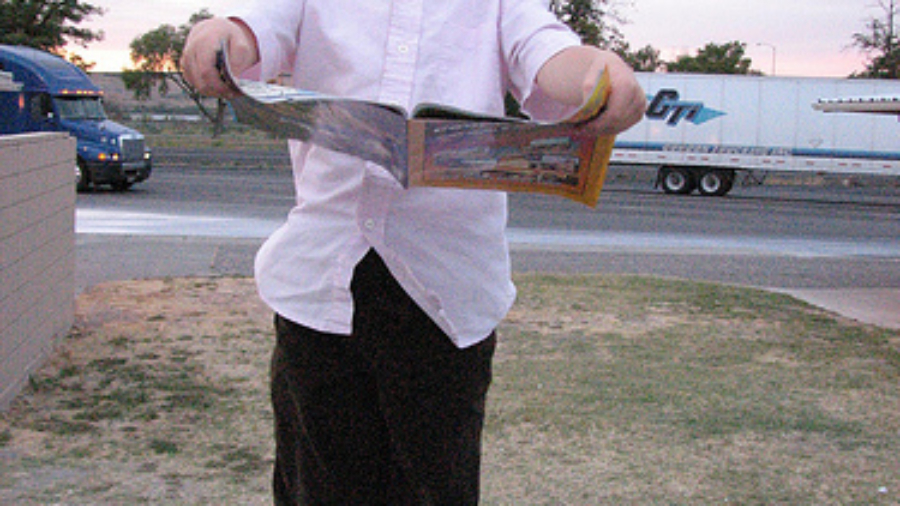 The next few days finds us visiting Milton-Freewater, OR, and Walla Walla, WA – sister cities straddling the Washington-Oregon border.  My in-laws live here; we’re here for a two-night, three-day vacation.

The drive on East 84 is surreal.  The Columbia gorge, the massive river itself, long swaths of near-barren hills, and striking to me the forest of windmills up on the ridge – gleaming white, surreal, powerful, predatory, and intensely lonely.  Ralph puts in music for the drive and this is strange too: the Beatles “Abbey Road”, an album he’d somehow never listened to and recently had recommended to him.  Ralph doesn’t much listen to music older than he; and I have heard this album so very many times in my childhood I feel a kind of paralysis listening to it.  The grinding desparation of the guitar outro in “I Want You / She’s So Heavy” couple with the ominous, thornlike clusters of windmills as we climb up and down the mountains.

We stop at Spooky’s restaurant in The Dalles for our early dinner.  Fed on pizza and a new cup of coffee and we’re back on our way through miles. And miles.  Of what feels like nothing. Nels, a balancing act. Eastern OR is well-singed and supplied with many rest areas. To keep you from getting lost and / or killing yourself from boredom.

We drive through Milton-Freewater and stop for a bit to see Ralph’s parents; they live in a trailer park, their abode by a very fetching, rushing irrigation ditch (I think).  My mother in law has all kinds of food, flowers, and greenery bursting out of her yard and morning glory surrounding her front porch.  The kids eat grapes off the vine and throw fallen crabapples in the “river” and the temperature is perfect.

We make it, just past 10 PM, to our little bed and breakfast.  The proprietress, a mother to four, had made up two extra very soft cots for our wee children.  Ralph and I bathe the kids, hunt for some wine, and collapse into bed for a family movie.  The kids are tired despite spending much of their time in the car (and behaving surprisingly well).

Nels says, “Even if this is a dream, I am really happy with this house.”