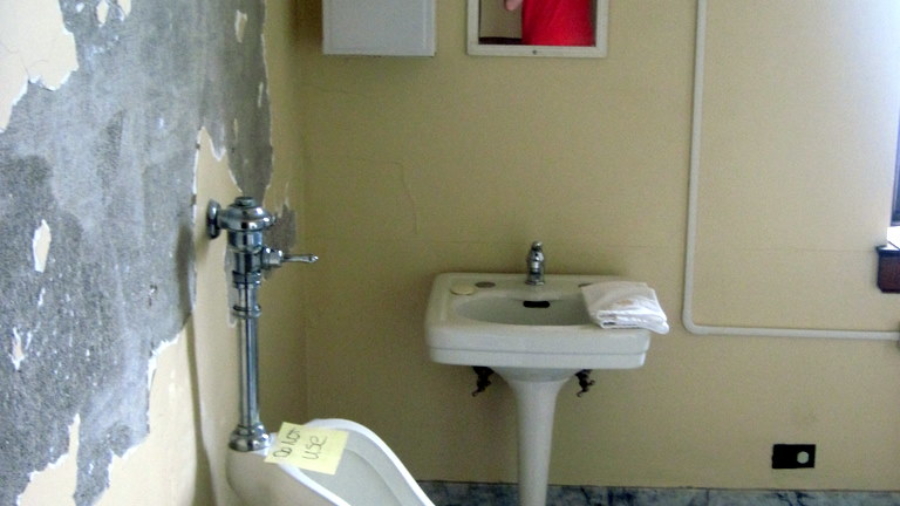 by kellyhogaboom
with 4 comments
Uncategorized One of my current favorite things to say to my husband in public, when anything goes awry – like he mis-types the PIN number on our debit card, or fumbles the grocery bag – is, kind of loudly, “Maybe you should have thought about that before you sucked at being a man your whole life.”  It’s a relatively obscure movie quote,* but mostly, I love making people slightly uncomfortable, because it’s kind of this shrewish harpy-like thing to say, and I’m kind of a shrew harpy, and excepting times when I actually do hurt my husband’s feelings, I don’t feel bad about who I am at all, although I could always stand some improvements, but changing my twisted sense of humor isn’t in the mix for me just now.

My husband doesn’t suck at being a man.  What is “being a man” anyway and who gets to decide who qualifies?  Like, the guy sired babies, and he works all day enough to feed us, and he can lift really heavy stuff and grow a great beard (but it must be said, only a pathetic mustache).  He sucks at being a man in all these other ways maybe: like he doesn’t look at a woman and think it’s okay to think, “boobies!” about her, and he doesn’t make rape jokes or think being gay is funny in and of itself, and he doesn’t follow sports although he’s a natural athlete but for stuff like Pickleball and Badminton.  And when I go a little crazy and tell him how goddamned pissed I am about something he has never, ever suggested it’s my time of the month or that I’m all irrational because I have ladyjunk. Probably because I’d break my foot off in his ass at those sorts of suggestions but I’d like to think also because he’s a decent human being.

I like my husband more than anyone else.  Still, to this day, and for years and years and years now.  Yeah, I like my kids a heck of a lot, too, and I know you want me to compare my Kid Love to my Husband Love, because of all these sick little magazine articles that tell already beleaguered young mothers that if their marriage isn’t a perfect example of romanticalness and good conflict skills (you know, tend to this, ladies, whilst juggling work and kiddo care and Every Other Goddamned Thing) then they’re really screwing everything up because you have to put the Marriage First, whatever that means because dude! It’s hard.  Those kids don’t grow themselves up, you know.  Anyway, when pressed, I still think Ralph wins this little fake Love-contest you’re demanding of me because even though I crazy-love the kids so, so much, always in some deep part of me I will want to grab them by the scruff of their necks and shake them, not because they can aggravate me more than my spouse can (he has some awesome tricks up his sleeve in this regard!) but rather I feel responsible for the kids in a way not echoed by my partner and no matter how much “work” I do these responsible feelings will never cease causing me deep anxiety.  So anyway, I’m particularly grateful that he’s the kind of guy he is: that is, intelligent and earnest in being a good person, not giving himself some kind of special treatment because he was born with a penis and a pair of majesticals, committed to doing right for the kids and I, committed, I hope, to himself, and perhaps that last one is the hardest of all for him.

I’m so glad I have him to share my life with, because sheesh, here on the heels of the Superbowl – which by the way, I didn’t watch – and I’m thinking I could have partnered with some inferiority-complexed fella who lets an impersonalized automotive behemoth tell him why he should mend his boo-hoo life by buying a big ol’ truck** (the parody of this is too good to miss; although a bit too ouch! here and there).  And it’s just: I don’t mind if people have their imperfections and their prejudices and their immature behavior or sexist ideologies, but the idea that White Dudes in America are So Put Upon is one that I honestly couldn’t really respect very much and I might have a hard time earnestly wanting (i.e. fucking or romanticalling) the person who believed that kind of thing, unless it was part of the larger belief system I share, in that so many of us are Put Upon in so many ways, but a few of us have it a lot easier than others, Hello.

But it’s not just that my husband believes along the lines that I do about stuff I think is important; there has to be more to love than that.  Like the song says, “What is Love? Baby don’t hurt me, / Baby don’t hurt me.” Or actually, not like that song at all: I love my husband because I fell in love with him, years ago, and despite having been through some pristine types of Hell together there is something elemental between us which, from my perspective, hasn’t changed.  Sometimes I think he is really, really bored with me, although he’s never said so.  You know, I’m not that boring, but we have been together twelve years and…  I’m probably not that exciting.  And I don’t know what I’d do about that – you know, if he’s bored – in any case, that is without some suggestions and the possibility of Failure because I am who I am.  Oh and here’s a little piece of information: I’ve never once been bored with him.

Today I cooked for the family – a big breakfast and then, after a bike ride in the (rare!) sunshine, a Valentine’s dinner for my husband where I fried some stuff in the shape of a ball, and cut up lots of vegetables for side dishes because he loves vegetables and would rather eat my cooking than go out (aw… how sweet! and, kind of annoying) and I gave him a tomato-red hooded sweatshirt I’d sewn him up, (thanks for taking a picture where it looks like I made the arms too short! Because I totally didn’t) because some of my favorite ways, but not my only routes, of showing someone how much I care for them is to cook and clothe them, a desire within me that came from Who Knows Where but is still rather strong.

And now I’m off to do more of that love-stuff.  If you’re fortunate enough to have someone you love in your life – spouse, friend, mother, father, partner, cat, dog, hamster or Vietnamese cannibalistic centipede – Godspeed and Happy Valentine’s Day.

* Prize goes to whoever can guess which one!

** I tried to go to the Dodge site to find a price quote for this dick-on-wheels but they wanted my zip code and my email address to give me a hint, No Fanks.