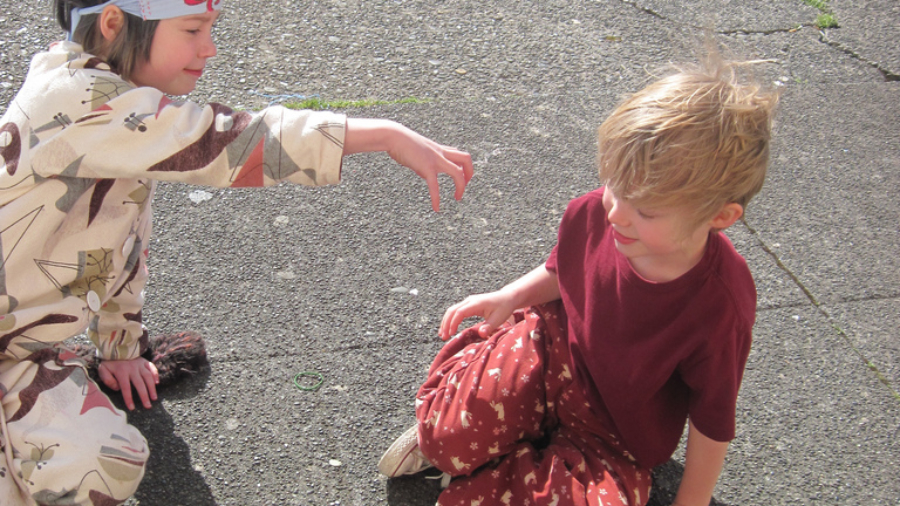 My husband takes a deep breath, sighs, looks pointedly at the steering wheel, then kills the engine.  I know exactly what he’s thinking.  Is the truck going to start when we return? I’m hoping it will as we have kids at home getting up to God Knows What while we shop for groceries and believe it or not, asking people for jumps gets a bit old (although it must be said in Grays Harbor people are really ready for this eventuality, my friend J. tells me they also carry chainsaws in their trucks ready to cut down trees lying across the road, you know, just in case).

The truck thing is kind of his fault.  A few days ago before he embarked on fixing my mom’s troubled beast I’d asked him if the vehicle mayhap have a charging system problem, not so much a battery problem, take it and get it diagnosed first, blah blah.  He figured it was the battery, a good guess really plus he was doing the repair bit on lunch break, so he bought a new one on my mom’s dime and now the damn thing still dies every two days (if you use headlights at all).  OK: so, fine.  Tomorrow I’ll take it to the shop my dad always recommended.  And the kids and I will bus back. And I hope it’s not raining, ugh.  You know, that whole hour in between buses shit in the wind and rain.  Today was sunny but cold when you’re out hoofing it.

You know in Hoquiam and Aberdeen very few people take their errands or their work commute by walking, biking, or the public transportation?  It’s fricken rare to see people hitting the streets who aren’t poverty-level or dealing with a variety of drug, court, mental health and/or welfare problems (I currently have none of the above). Most peeps in my peer group are in their cars, minivans, trucks shuttling back and forth.  In fact there are huge swatches of pretty much normal Aberdeen where by being seen walking you’re judged to be either down-on-your-luck or poor or prostituting or mething and heavily judged or WTF’d based on any of these assumptions (actually, don’t even click and read the comments in that link, it’s just kind of depressing).  As for the supposed sketchy areas of the fair township, my pwecious widdle babies and I walked some of them today, first getting a hot dog at the stand by the carwash (not very prepossessing in appearance but delicious all the same) then some helado a la tienda naranja before ending up in my Monday afternoon belly dancing class. P.S., why am I in a belly dancing class. First off, most the ladies in there seem really into the scarves and skirt and jingles.  I own not one skirt except a denim mini (which I happened to wear today b/c of the sunshine).  I don’t like flowing veils or fringe or all that wispy twirling around with scarves thing.  So, I dance in my jeans with my fat rolls hanging out the top.  FTW.

Which brings me to:  I do like the dancing.  It feels great.  I like the ladies in the class, especially my friend J. and the instructor L.  I like really dancing, energetically so.  I try not to glimpse myself in the huge studio mirror, because my cavorting looks so much less impressive than it feels.

Which is my second Why am I in a belly dancing class query, because really?  Yes, I can do a bit of a camel walk or a figure eight or large hip circles or a shoulder shimmy or a veil drop.  But ask me to combine two or more?  Why don’t I just fall down, break my arm, and piss my pants while I’m at it, because that’s where I’m going to end up.

Oh and by the way, Ralph and I made it home from the grocery store.  The truck survives to fight another day. Documenting my domicile: our little porch.  Adorned with the Hogaboom Lemon Tree and (lower left) a Thrift City bifurcated rag rug for $2, which I carried all grimy-like in my fist for a half hour in line at the store, then washed and dried at home and you should have seen Ralph’s expression, although he has come to believe it’s a nice addition, so that’s good.