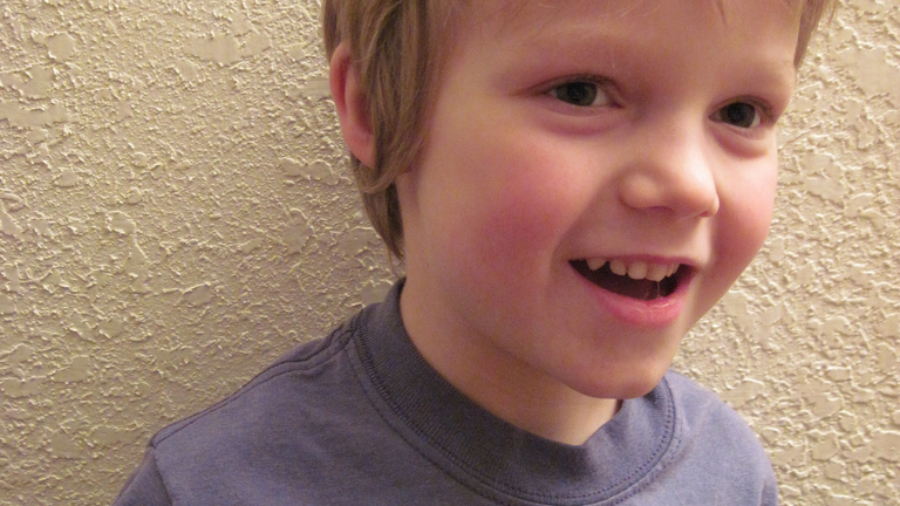 For Nels’ birthday my son requested enrollment in Spy Camp at the Hands On Children’s Museum in Olympia (his actual birthdate is this Wednesday).  He chose the week of half-day events over a Netbook* which I think is pretty indicative of his desire to learn Spying, as he is a little computer freak just like his grown-up little computer freak father.  I begrudge the thought of driving to Olympia (a 45-minute trip) five days this week but given I’m an infrequent driver most of the time and my mother has loaned us her van (which comes with a Sirius XM radio, which I am addicted to, yes 80s hits mostly) it’s not so bad.  And I’m super-glad to do something special for Nels who is suddenly on the verge of turning six, which is really weird because I just gave birth to him a few minutes ago.

So today I lost my temper at the kids, in a major way, not once but twice.  And I feel so bad about it it’s as if I shouldn’t have made the effort (to have a good day) at all.  Yes, I feel bad about myself despite getting up and packing a great lunch (my kids eat so. much. goddamned. food) and getting the children dressed with their teeth brushed then whipping up to “the city” and dropping Nels at his event and taking Sophie around on a walk about town, including a reclaimed materials art gallery and vegetarian lunch and a stop at a bakery I knew she’d love.  No, after all this and even with a dose of Mellow and lots of good humor I still behaved horridly, and No I still can’t give myself a break over it, but TIA for suggesting it, kbai.

And don’t even say that it’s precisely the inner-applied pressure of trying to be Perfect Mom that makes me snap and behave like Mommy Dearest.  Nice try, Pop Psychology, but that’s really not it.  Because I know I’m not Perfect Mom and I know in my logical brain that I provide enough awesomeness to my kids, and I don’t need to do better or work harder or whatever.  I mean I know this.  (Don’t I?)

And it’s not because kids are so hard to deal with and that’s why almost everyone farms them out in school.  Because in so many ways I am so used to my kids and who would have thought it, I completely love living my life with them most of the time.

Maybe it’s just that when I screw up I really tend to feel like I’ve Ruined Everything.  Even if for all I know my family doesn’t feel that way and I really should give myself a break.

Not that anyone wants to or needs to hear more about this, but because I need to write it out: driving home in the pissing-rain I felt eight kinds of terrible.  The layers of Terrible were blended in a perfect mental-emotional culinary mess of Fail.  I felt terrible I’d blown up at my kids.  I felt WORSE in that I’d been a great mom for the entire day and then somehow turned into a monstrer (yes, this is the correct spelling), instantaneously.  I felt terrible some dude may or may not have heard me totally yelling and losing my shit, and that this dude may or may not be a dude I’m going to see more of as he may or may not also have kids in the camp (ugh!). Then I felt terrible I should give so much of a damn what some random person might think when the really terrible thing is that I yell and cuss at my kids. I felt surprsingly devastated – devastated – I was going to miss my dance class (later I would find out the dance class would have been missed in any case – I was an hour off in my calculations, if you could call them that. And by the way, you can imagine how listlessly – stupid doesn’t encapsulate the word – I felt later when I realized my tantrum was based on a total erroneous supposition, that I could have in fact taken my son to camp without missing my class). I hate that feeling when I realize I’m not taking care of myself in my daily life, which means I cling so tenaciously to some little thing I have to have or else I’m going to be so upset. Danger! Danger!  And then I resent the hell out of everyone who, you know, doesn’t have small children, and then I know that’s unfair but.  Whatever.

I can’t quite describe the full depths of ass-ness that were attempting to overwhelm me during the first part of our drive home.  My wonderful kids were quiet.  They were not afraid or angry but simply present with me in my misery.  I drove and believed all sorts of bad things about myself.  But there was this tiny glimmer of light somewhere within me that kept saying, â€œWhat we think we become.”* I know this to be true, so I tried to stop myself thinking I was a Bad Mother or a Horrible Human Being, even though the evidence therein was in place. Terrible thoughts rose in my mind but I didn’t want to make them my reality.  I tried instead to believe I am someone who can change.  This is hard for me to believe.  I shifted my thoughts to knowing I’m someone who does very well much of the time.  This felt irrelevant.  I shifted my thoughts to know I’d been so good to my family most of the day. And I was going home to make dinner and take care of them some more.  I knew I could do that much, at least. I knew it would happen.

About 5:30 when we got into town I met up with Ralph at the bus station (he bikes/busses to work now that we’re vehicularly-compromised) and I had him take me to the dance studio while he and the kids ran to get dinner groceries.  Which was a weird request because my class was long dismissed.  But like Richard Gere shouted to his drill instructor after doing a butt-load of sit-ups, I had nowhere else to go.

There was a tap / jazz dance class in attendance at the studio, a very small one: the teacher L. and two students who seemed about high school senior age.  The threesome let me stay and watch.  I’ve never particularly liked tap nor jazz dance.  But watching these dancers was the perfect prescription for my bruised ego.  L. is a teacher who obviously enjoys just about every kind of dance, so it’s pretty wonderful to watch her.  Singing a show tune and mapping out choreography and lifting her arms she is a beautiful sight to behold not just for her skill and physical beauty but for her enjoyment of the dance itself.  I’ve known her, albeit not well, since she was a little girl.  She loved dance then, too.  Funny thing.

A few minutes after I arrived the class tried to encourage me to join them.  I was so drained and exhausted and kind of crazy-sad I didn’t have the energy to stoically refuse (which would be a typical MO).  Fortunately my very wide feet  (raised in Doc Martens and therefore untrained to cram into ladies’ narrow fashions) kept me from fitting in the pinchy (¡pinche!) shoes.  I sat in my sock feet and watched, warmed and grateful for a respite. The dizzying and fast footwork were oddly completely soothing.  It was like feeling like a terrible person but somehow still being safe because no one was needing me nor paying attention to me.

Home and I read to the kids; but not before cooking a (vegetarian, Ralph and I are tasting the Hate and Suffering in meat lately) dinner: butter parmesan noodles, pan-roasted garbanzo beans, sauteed kale, cucumber salad, roasted cauliflower, and steamed broccoli.  And I washed the clothes and folded and put them away and got things ready for tomorrow. Because:

Tomorrow is another day. * Not the real link we would use to purchase, as my husband would find some way to get the damn thing cheaper.

** The entire quote is: “â€œAll that we are is the result of what we have thought. The mind is everything. What we think we become.â€ It is attributed to Hindu Prince Gautama Siddharta, the founder of Buddhism, 563-483 B.C.