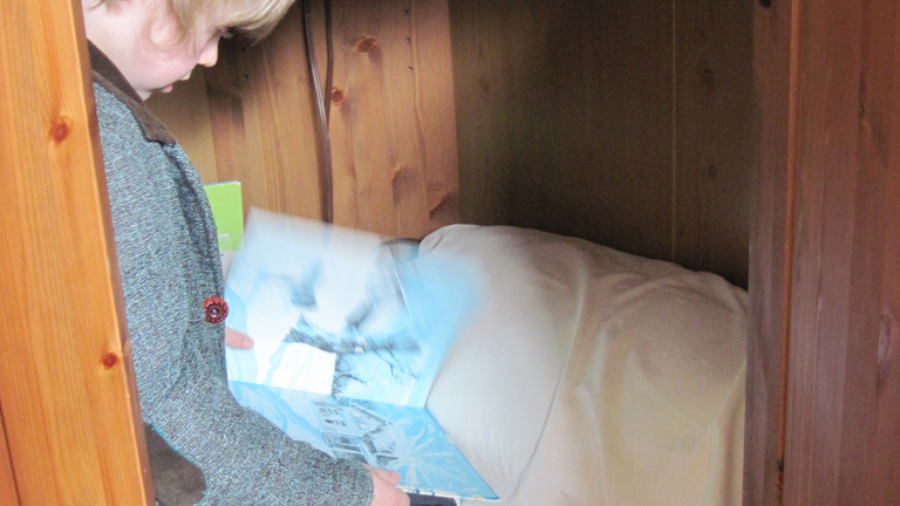 Today I had my first visit to a physician I hope will become my primary care provider, Dr. Cheryl Plaza from the Northwest Center for Natural Medicine.  This meant a drive to Olympia and back, about forty five minutes each way.  I took Nels and let Sophie stay home.  By prearrangement she woke to a clean, quiet, and ordered house, a note on the table (instructing her as to the yogurt in the fridge, to feed and water our baby chicks, and that her carseat was on the porch), and spent the late morning and afternoon with my mother.  I let the two of them make their own arrangements together.

Nels was exasperated at having to travel to Olympia.  He didn’t want to go.  Perhaps because of his resentfulness at being taken on this errand, he did not respect the hour appointment I had.  Interestingly, the doctor was someone who did respect children, which made it easier for everyone involved.  Another employee, working up at the front desk, was of a more typical ilk – irritable.  She talked sharply to my son for ringing the doorbell (“Don’t do that!”), then called him “that child” to someone else in the waiting room.  Funny how so many people treat children poorly and it’s assumed to be okay to do so (I noticed this employee was not categorically rude to adults). While in the car we passed a man holding a cardboard sign.  My son said, “Mom, did you not see that man? You should have given him something.” I said, “His sign said he was asking for work.  I didn’t have that to give.”  Nels spotted, a block further, a young woman holding a sign that said, “ANYTHING”.  When we came abreast I rolled my window down and asked if she wanted anything to eat.  She came forward and I handed her a new bag of dried apples, the easiest thing I had on-hand.  She had brilliant, troubled blue eyes but wouldn’t make eye contact.  She said “Thanks,” quietly, then stepped back to her curb.

I love that my children see people who need help. I really do love this.

My mother and Sophie met us back in Hoquiam at the hair salon at 3:30.  Sophie had been carsick because she had been reading an encyclopedia during their entire drive back from the beach.  She was very pale in this greenish way she gets when she’s ill.  But she was such a pleased, happy, engaged child.  Later at dinner when I became upset she followed me into my bedroom and put her arms around me and stayed with me.  I find it categorically true that the better I take care of my children – by giving them freedom and unconditional love, a consensual way of life – the better they take care of me and eachother.  Clearly I need to stop assuming Nels will and can accompany me on trips, just because it feels more convenient for me to take him than to let him decide what to do.