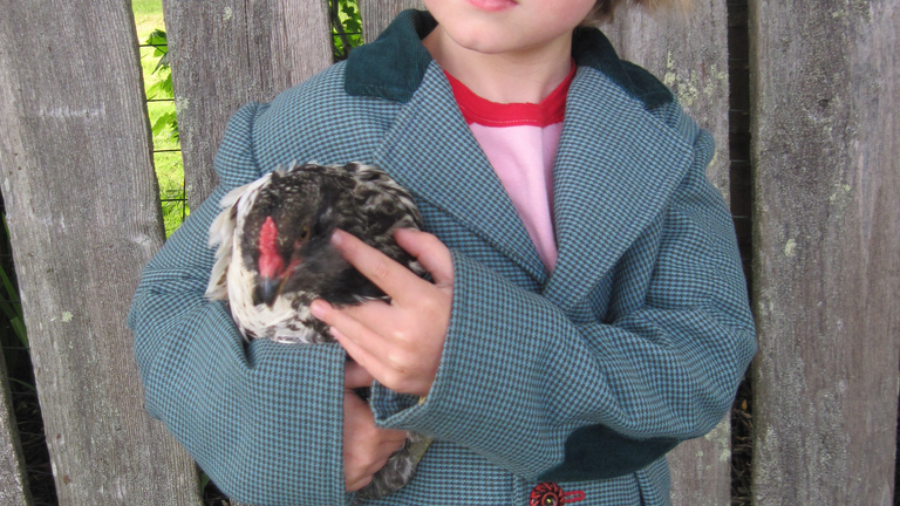 by kellyhogaboom
with 9 comments
sewing journal

This morning I was emailed by a friend to tell me I totes got mentioned on Craftzine’s blog today.* So that gave me a smile.

And on the sewing front I’ve got another coat finished for The Boy. Let me tell you, over and over again I sew the thing up and the kid grabs it and runs outside! I have to chase them to get a picture, and sometimes I don’t even get that far.  But in this case: This is a new version of his Oliver Twisted coat (thanks for the name inspiration Robin!) made from a wool/nylon, underlined in natural bull denim, and lined with a 100% silk twill. This is the fourth time I’ve made this coat. Nels wore last year’s version to death. He wore it in the blistering hot, in the snow, on cool wet days and warm dry ones. He wore it so much that as his arms lengthened over the year (he grew five inches in one annum – save me!); the lining and sleeve hems merely pulled apart and the sleeve ran ragged. He wore it any time I said “get a coat” and any time he felt he needed one. The only coat he liked close to as much was a green twill version I made from the same pattern.

I think I currently enjoy making structured jackets more than just about any other sewn thing. I am always surprised by what I learn.  In this case, although I did a better job constructing this year’s version, (holy damn that collar application! Are you kidding me?) the truth is, I rather favor last year’s version of the coat. This is mostly due to the fact the fabric used last time – a 100% poly suiting from JoAnn’s on sale – had an amazing texture. Still, this version’s wool/nylon is very suitable, the slippery nature of this lining is superior to quilting cotton from last year, and I did do a better job with technique. So there’s that.

I am also a little bemused I made a nearly identical colorway to the previous coat. What can I say, I am  an Unoriginal Ass. I am in a difficult position as the vast majority of my fabric is either gifted to me or purchased online. Things I order aren’t always what I originally expected.

This morning Nels and Phoenix, after breakfast, ran outside to do some kind of garden work/spontaneous house construction. I looked outside and there was Nels hoeing away – in the coat. You can read a million nauseating details of the garment’s construction at my Flickr tagset.

In other news, the playfully cool-then-warm weather and gentle sunshine has been perfect walking weather.  Walking with the children is amazing and humbling because they are more present, genuinely joyful, and charming conversationalists over anyone I’ve met. And in the view of Ralph and my all-time favorite tweet, every time I take the kids on our walks I have to laugh at how, well, sketch it can be around these parts. (Not shown in this photo: heaving piles of concrete, “glass parade” – Phoenix’s term – and used condoms.)

* yes I say “totes”, and arse off directly if you have a problem with this.