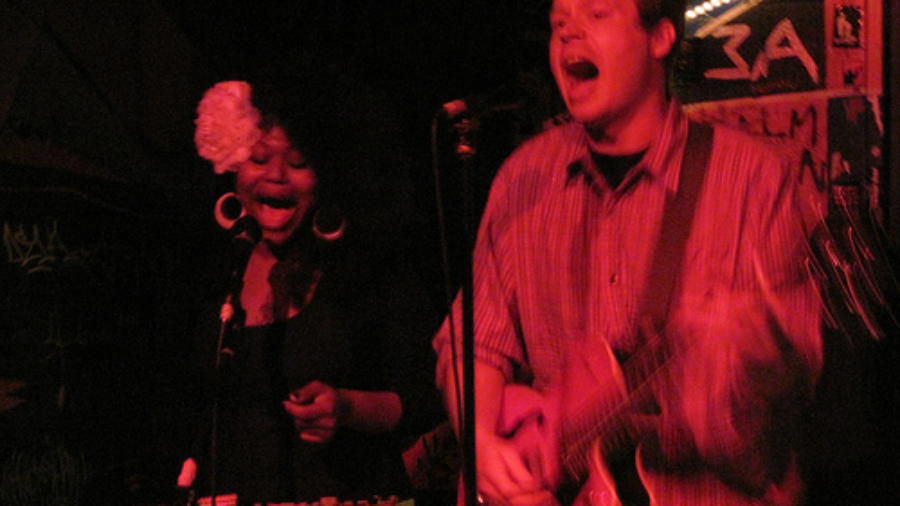 by kellyhogaboom
with 6 comments
dailiesUncategorized This morning we were recovering from a late night. Ralph’s show in Olympia was a challenging one; the organizer didn’t put the first band on until well after midnight when what crowd was available, many of them smudgy and drunky, was petering out. And Ralph and Liights were on fourth. So the band, myself and our well-meaning and loyal and awesome friends and fans had to sit around until after 1:30 until Liights went on. This was kind of annoying but do-able: worse of all the set list had to be cut short (bar curfew), as in cut nearly in half.

Now that? Was just: Ass.

I mean the band played well enough but I think Ralph, Flo and Geoff were rattled. And me – just speaking for myself – I’m pissed because the whole thing shook out that way thanks to an inexperienced?/naive?/flaky? show organizer (who also didn’t get them paid, surprise factor: zero percent).  Now I’ve been with Ralph thirteen years and attended all his shows and involved with all his music projects and sadly this kind of thing happens. This person is probably a “nice” person and just doesn’t know what they’re doing. And not getting paid? Well that’s not that much of a big deal to us as far as I know, it’s just kind of icing on the shit-cake. The thing that bothers me is that my husband – who works so hard, puts in so much support for the bands he plays with, makes posters and distributes them and brings fans (who bought the show organizer’s album incidentally) and does everything he can to support other acts – my husband is sitting here today asking himself if he should be doing anything differently. I tell him look, we’ve done this, some shows just end up sucking. He’s still down about it though and I know he feels he let down his bandmates.  < le sigh! >

Today we were gifted with perfect outdoor weather, warm but subdued and a bit ominous, so in the evening we took a walk in the Bowerman Basin nature preserve. It’s a lovely boardwalk, something around these parts that hasn’t been swallowed up by our cold swamp. The kids are incredible. They are never bored, seriously finding so much fun in hunting for and devouring berries, spotting and comparing slugs, jumping over little culverts and balancing themselves on driftwood and dozens of other joyful diversions. (Here’s a picture of the same two in the same spot, about two years ago – on a sunnier afternoon!) It was perfect walking weather. Walking back Ralph had the camera and snapped a picture of me making a VERY IMPORTANT DISCOVERY: A STOAT! (with her dinner): This little lady ran past us, bold as brass, tidily carrying her lunch. She clearly preferred using the boardwalk to making her way through the long grass and underbrush. I was pretty excited about this. I kept saying in loud stenorous tones, “That is the cutest goddamn thing I have ever seen.”

Later I ran across a slug but that wasn’t quite as exciting. Hey slug, wassup? A good Father’s Day hike. I almost forgot here and there how much I miss my own father, gone almost two years now.

But still. It was a lovely day.