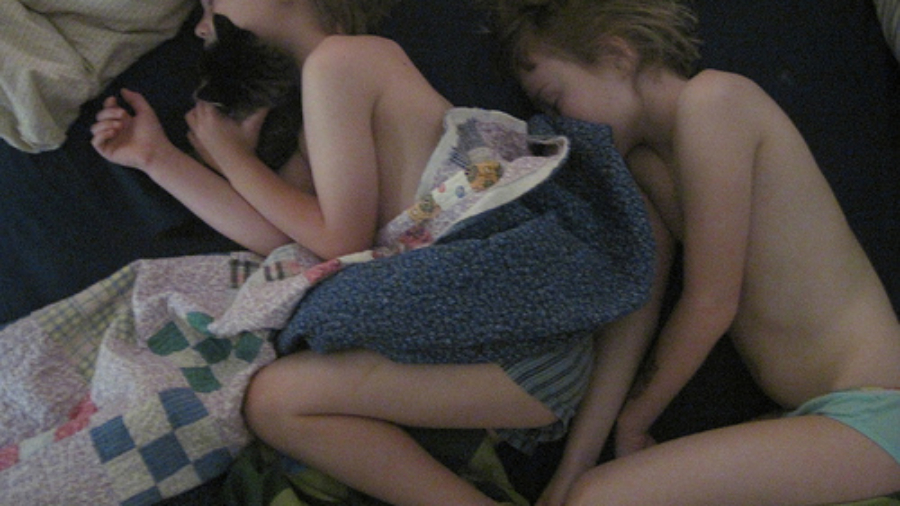 (No, but seriously? Do you three have to have the Sweetest Ever Possible existence? of 100% cuddles every sleeping moment? And why are the kittens and the kids growing so fast and it seems all our money is going toward food at the most alarming rate?!)*

Today is a US holiday, the fourth of July. So far we’ve had friends and my mother over for a fabulous late lunch/dinner, after which Ralph & Liights played a wee show at The Building here in HQX. Our lunch guests the lovely and illustrious Ward/Hunt family accompanied us to the show, a little affair which was a rather funny event because I felt like, Oh wow, for 5:30 PM on a holiday there are actually a handful of people here! But the “handful” turned out to be members of the other two bands. Which I have been there so many times, I don’t know why I’m surprised when this happens. The second band that played, The Shade from NYC, had two dummers with a semi-shared double-set. That was pretty fun! I didn’t get to see the third band duchampion because before even the second set ended my kids were Not Interested (mostly due to the volume-level inside the building). We walked/biked home, and now Ralph is catching the final set as I type and escorting the two touring bands to my mother’s house where they’ll be staying tonight (I know!) before continuing their hard work getting their music out there. Chocolate-covered strawberrries from local berries. These were made yesterday because Nels was talking about them our entire trip to Portland last weekend. I also made he and Ralph special biscuits and eggs before getting started on dinner-party fare for this afternoon: It’s been a good day all-told. (My bullshitty kittens being all “patriotic” and stuff.)

* Did you know a picture almost exactly like this was cited as TOO CHILD-PORNY to be in my profile of an online sewing group I was a part of? I am still completely bitter at this save-ass ridiculousness – and yes, after arguing with the mod and getting nowhere I left the group – but shall spare you my multifaceted rant.