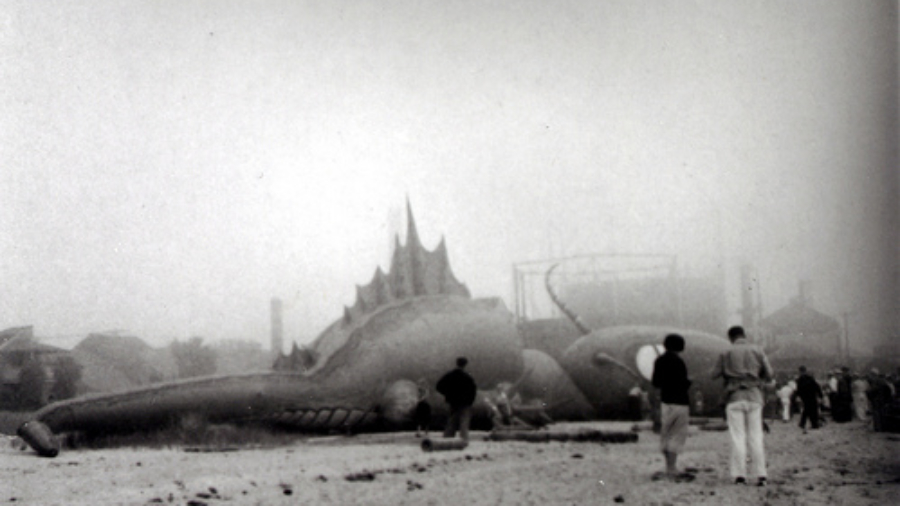 Friday night we came home and a friend of Ralph’s had left us a few vinyl albums, including one by Dirty Three (also: a carpet shampooer, which Ralph made use of this afternoon; carpets rolled up, house bare as a toothpick, cats happily sprawled on clean expansive carpetspace). Listening to the Dirty Three takes me back about a dozen years; life in Port Townsend in a Victorian houseshare, the rainy weepy greenery outside and how I longed to be alone in the big house, not bumping into roommates and feeling obliged to share stories of our day in the requisite politeness those situations seem to require.

At first I thought this little tourist seaport was the most romantic place, a venue ripe with intensity and wildness and waves on rocks and small crabs and sea otters, roses everywhere and winding roads up hills and to the sand, a place that would infuse you with untamed feeling and make you fall in a fierce kind of love. I now know it was me in love already, before I’d even thought of moving there, pining for my boyfriend and each weekend one of us would drive to the other like clockwork. During these couple years he lived in some little space in Olympia or Tacoma and on weekends wherever we were we’d go shopping in a snooty neighborhood grocery store, I’d pine for copper-bottom pans and Ralph would be more sensible about what kind of things we could buy, maybe a sliver of expensive cheese or a bottle of wine less than ten dollars and then a movie out. For a time Ralph lost his car so he took my truck and weekdays I biked to work along the water through the fresh wet air and into the steaming loud clangs and humidity and oft-foul smells of the pulp mill I worked in. Good work too, and I was gifted; soon raise after raise and a promotion as the first female foreman, a young woman and then a wife and mother, but I get ahead of myself because:

My loneliness in those first two years, listening to Dirty Three and BjÃ¶rk and Nick Cave against the rain-swollen windowpane. I’ve always been a social person and rare have been episodes in my life I’d call Friendless, but I did not fit in with the other townies who were my age, many of them waitstaff or massage students or Peter Pans of some sort, saving up during the year and travelling or sinking it all into some wooden boat, mostly getting up to pub crawling and tumultuous trysts. Here I was making an engineer’s salary, the first year out of school more than my mother had worked up to her entire career, and I didn’t want a Boyfriend or a Drinking Buddy, just some friends to share my life; I found not a single one for two years.

One weekend Ralph fell ill and couldn’t possibly visit; he was so sick he couldn’t get dressed. With only gladness and adventure I happily took a cab to Tacoma to care for him for the weekend, in his old Hilltop house with a few other musicians, half of them the requisite self-absorbed assholes, our tiny bedroom we camped in, a little futon and a folding portable table for us to eat noodles on and it cost $150 for that little car ride. When my coworkers heard how I’d spent my weekend they joyfully spread the story and it became something they’d tease me about; people love anecdotes like that, compartmentalizing our relationship as being only Young Love and only a Good Thing if a bit Foolish.

But I pined to be with Ralph and I lived for the weekend and it sucked the life out of my week days no matter how brightly and attentively I’d focus on my Work and attend work parties, yes, where you ate appetizers and drank to fill up the loneliness! (Make no mistake, I was not the only one suffering.) I wrote in my notebook, I remember, the day I found out my father’s cancer had returned, October, grey lonely streets bereft of summer tourists and Radiohead’s “How to Disappear Completely”, the sky was drenched in sun and rain and sorrow.  I felt my life was in a limbo but before me stretched out Work and Money and maybe someday a shared life with the young man I loved but you had to Earn That somehow, and I didn’t know how.

And I remember not so much later the sunny day in the tiny little studio, view of the water and the ferries and the sun-dazzled cliffs of Fort Casey across the sound, and I was cooking chile verde all day to share with Ralph when he’d get home, I was just learning to cook in earnest, soft tortillas folded and waiting and my now live-in boyfriend home in a few hours, and I’d had a night-shift and slept a while and felt ill and thought I’d take a pregnancy test just in case, and I can still remember the feeling of incredulity and surprise and joy and nausea all at once in the little bathroom, not even room for a shower but a small tub with a bower extension, and the lemon-yellow walls and clean windowsills and seaglass catching the light.  I could never handle cooking that dish ever again, but I didn’t tell Ralph we were pregnant until I took another test at the Health Department, just to be sure.

And then life lifted us up and up and up like leaves and scattered us and my adventure began in earnest and I left behind that rainy and lonely residence forever.