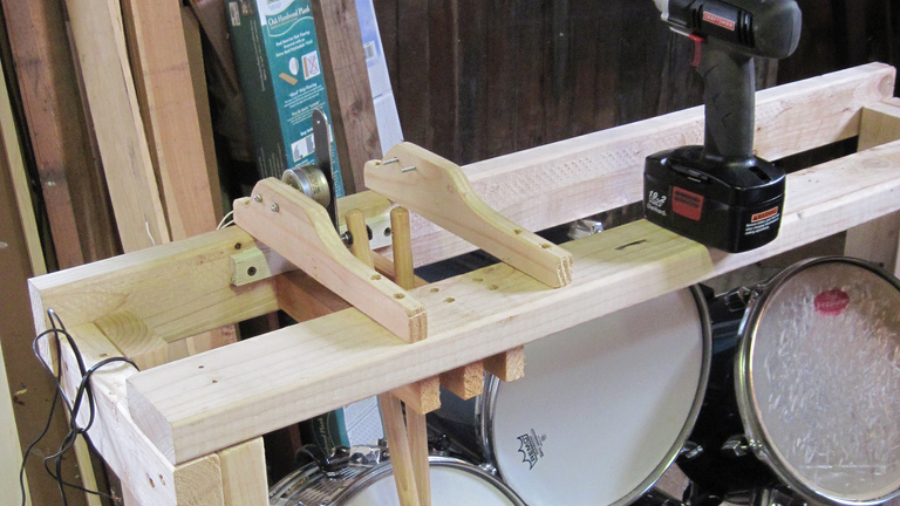 by kellyhogaboom
with 10 comments
dailies

My husband is making a drum machine. But not like you might think. Like a physical drum set that is beat upon by a robot. A robot he powers from a MIDI-sequencer and arduino and hand-built circuit and solenoids. I’m not even making this up. It took a while for his friends and admirers to catch on he’s actually building a goddamn amazing robot and after he’s done with this maybe I’ll tell him to build another one to terrify the hell out of you mere mortals. I made a pair of pants for Phoenix that were PERFECT in every detail. Here’s a picture of the pocket bags. Yeah I know. You stitchers want to punch yourself in the crotch that this is the INSIDE of the pants and looks so good (I am feeling cocky and all about the CAPS LOCK tonight). You’ll be seeing the rest of the pants soon enough. For now, weep at the preview of awesomeness. I cooked down all our extra CSA veggies yesterday (and we had a lot) and made a resultant slow-cooked organic veggie puree and froze it in batches and gave one batch to my mom and used a batch in tonight’s dinner and will be making up some soup this week (for my SOUPTAKER daughter) and have a little more besides. Tonight’s dinner was amazing, because I have finally hit on the perfect spaghetti and meatballs recipe and it’s good every time. We had my mom over to share and she baked brownies and covered them with Tillamook vanilla ice cream. I haven’t had any dessert yet because I’m still recovering from MEATBALLS AND RED PEPPERS. Our kittens found another place to perch, prairie-dog, and sleep. When the living room carpet is entirely dry from shampooing THIS rug will be rolled back out and they’ll have to take their shady business somewhere else. Also: bike rides, friends over for music recording and talking and tea, lunch date with my husband, many snuggles, my son sneaking under the covers to the bottom of the bed last night to gently massage my feet and then pop his blonde head up and smile at me, my daughter opening her eyes first thing this morning and saying dreamily, “The nights go by so quickly…”