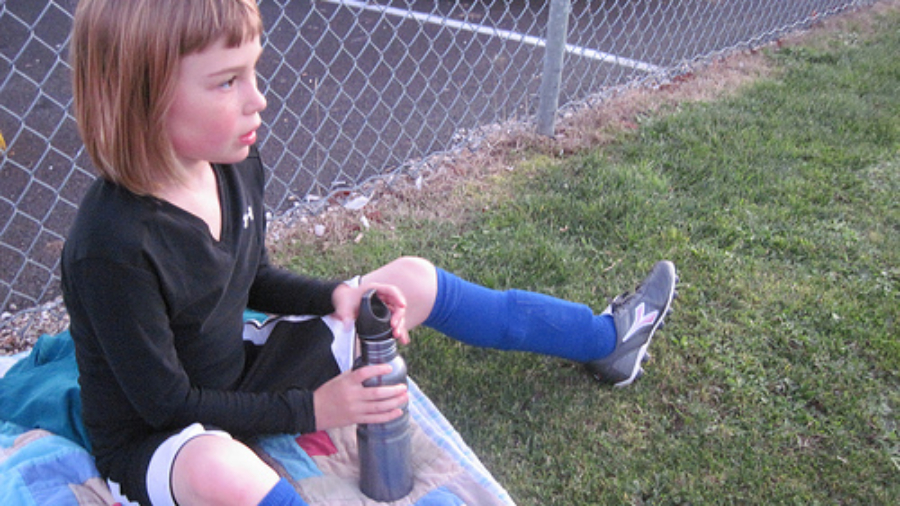 Today while on errands with Nels my mother called and invited us to Ocean Shores to deliver a commission she’d finished for the upcoming Irish Music Festival descending this weekend. We met her at her house and rode out with her (and her dog) in her van. It was a beautiful sunny day.

My mom didn’t raise her first kid – at all. She left my half-sister to her ex-husband when they divorced, when J. was a toddler – because (as she told me) she believed he’d fight her for custody and that he’d win (my mom is a “flight”, not a “fight”, type of person). This was, as you might imagine, rather devastating for my sister – and, in it’s way, for our mother. Today the two women have an adult friendship and my mom – at least in my presence – acknowledges her screwup (if not her regrets) while being realistic the past is – now – behind her.

My mom did far better for me – in that she stuck around, and she loved me fiercely – and better still for my brother, whom she treated quite tenderly and with great understanding (which was not true of her treatment of me). So given all this, when I hear those patently saccharine characterizations of all females as maternal and all mothers as nurturing and intuitive I know: Bullshit. I believe most of us (men and women) have that potential but I also believe many of us are damaged that we do very poorly, really; oftentimes our children are the crucible where we learn a lot about our own character – and sometimes what we learn is disappointing indeed.

That said, it does us no good to cast mothers like my own (who left her first child) as “unnatural”, or some kind of social pariah (we do not employ this judgment on absentee fathers) or (if we’re feeling generous) “free spirits” – labels and stigmas my mother either happily adopted or unhappily felt persecuted by all these years, descriptors that did not honor her as a multifaceted, flawed, three-dimensional person.

Now, my sister and brother have their own journeys with my mother but I can say for me our current loving adult friendship is one built on hard work on both our parts. That said, forgiveness is not easy and sometimes I wonder if it’s not very difficult (for most) – or even possible (for me). In part because my mother has not directly apologized for her wrongs against me (rather she’s explained them now and then, as if that’s what I need) and, in her stead, no one else has either. So to this day she can say something and suddenly my brow clouds and I know she doesn’t have the foggiest as to how she’s hurt me (and she’s not always open to hearing it when I do tell her).

So today in the van – on our way home – my mom was telling my son yes, soon he’d stay the night, but she was so busy right now – he’d stay just as soon as she had her (latest) work done.

“I’ll be so happy when this is over,” she said. “I can have my life back again!”

Ah yes. Any time with my mother is only borrowed from the endless list of Other Things she’s said Yes to, and she will be backing out the door by the end of these stolen engagements; the fact she ends up harried and complaining about these commitments does nothing for the pain of the girl who invited her for dinner in college only to have her leave earlier than she’d committed – pretending we hadn’t talked previously about her commitment – or the time I had surgery and begged my parents (3 hours away) to come be with me and they awkwardly demurred, and how lonely and scared and Dark Night of the Soul I was in those hours before surgery, and how they did in fact show up the day of, in fact a nurse told me as I was being wheeled into the operating room and I thought I might die (which was silly) but at least they were there, and how it seems I am the only family member of four who makes sure to be there for whatever shit goes down, and that doesn’t mean I’m a better person but I can not be someone else either. I always knew she loved us but I hated that she was so flighty and distracted and so scared of everything. I hated her tiny little inner trickle of low self-worth even while I loved – always have – her tenderness, even though as an adult I feel compassion for her and a deep understanding of her Worth and Value, yet still as I’ve said I cannot forgive her for her low self-regard and I have in my way internalized it such, a horrible thing indeed…

But instead, I say: “You always say that,” – a bit tired, grimly mirthful, half-hurt. (Seriously. You cannot count the times I’ve heard her say this.)

“I know, but really, I will be.” (she says, instead of getting instantly peevish.)  “As soon as this is done I’ll have a life again. Until the next thing…” she trails off.

I say, “You know… it always hurt, as a kid, you were always so preoccupied and telling us you’d make time after you did this thing. I never felt you were all the way there. I don’t know if my kids feel that way. Probably not. But I did. It was hard.” Or, I’m thinking, the times she’d make some delicious meal for other people, decorating the top of a cake or loading up a pan of sliced lasagne, dressed for an outing, impressing Strangers or Acquaintances (she never had close friends) for their praise and esteem – and yes, a large part of it, a gift of her generous heart. We – my father, brother and I – would get the dried cake-scraps left over after she’d left with the kitchen a mess. Some time ago I resolved to give my own kids The Best or at least As Good as any fuckers in church or wherever, and that has felt very much like Me, very good Indeed.

And I repeat, “Yeah, I don’t know if my kids feel that way. Probably not.”

“Well, they probably don’t. Because they have you,” my mom says, glancing at me. And her voice – maybe it was my imagination but her voice was just so soft and loving. Like she wasn’t taking offense or coming on defensive at what I’d related about my childhood (as she has responded in the past). She was considering my children. I was considering my children. We were doing better for both of them.

And it was just that simple.

Ironically or perhaps in a way that makes perfect sense, besides my husband no one has given me as much credit and esteem on my parenting as my own mother, despite my at-times sharp criticisms or denunciations of parts of my own childhood. I think it’s pretty damned awesome that in my journey with my little ones – including some significant departures of lifestyle from my family of origin – my own mother hasn’t made it about her, and I hope I do the same for my kids if they have children of their own. Inviting her along to be a grandmother, and her willingness and joy at being a better grandmother (than she was a mother at least), has been tremendously – I can’t say “healing”, but it’s enabled me to get to know her in a better chapter of our life, one I am deeply grateful for. I can see she finds her grandchildren all the more wonderful now we’ve been living here in Hoquiam. If we were to move away it would flat-out break her heart (and probably our four hearts as well).

But, for now at least, we are together.

Later in the evening I had the honor of watching my daughter’s soccer practice. She has improved so much in the season already; more impressive to me still is her sweetness and positive energy (as opposed to some of the girls who take the game so seriously as to turn on fellow teammates during scrimmage; yelling criticisms or issuing forth with Demon-Voice: “That wasn’t a goal!” and such). She laughs and claps at other people’s accomplishments and their mistakes; she takes joy in her goals and defense but also takes joy when she is defeated soundly.

I’d want her on my team.