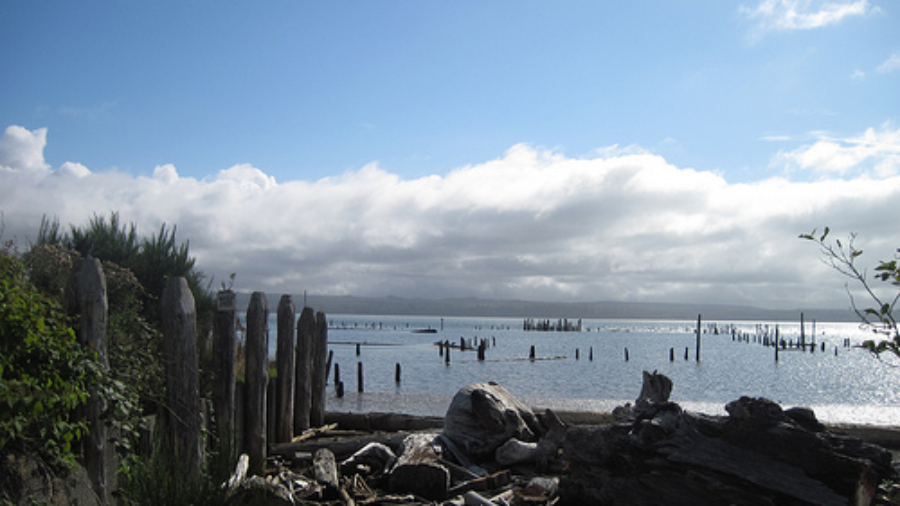 On my run, today: It is so fucking beautiful here. I wish my pictures did it service. So green and alive and wet. I’ve lived here long enough that even travelling a few hundred miles inland is hard on my body. I need the water, the water in the air, the water a few steps from my home, the rivers the estuaries the wetlands the sea. Today I was precisely taking a step on the sidewalk and my mind was filled with the hurtful words, and gestures, and simmering anger I’d seen in my friends and acquaintances and my tweetstream and looking over my husband’s shoulder at his Facebook account. And unfortunately people who are hurting say damaging things in kind, and even those of us they aren’t targeting directly, sometimes it hurts us too. And my mind was kind of roiling over this stuff and thinking I wanted to be a part of the world that stood up and said Stop, but also recognizing those who are most destructive do not respond well to being called out for the harm they do, and their needs are unmet too. And while I was thinking all of this, bits and fragments and feeling almost broken and decidedly not at-peace and:

I stepped forward on the sunny sidewalk and suddenly I could see the pain in these lives, the difficulties they were living out, a few specific people I knew and how they were hurting and how hard it must be for them and it was nothing personal. As clear as day the harm they did me and others (incidentally, not purposefully, I’m sure) it all melted away and I could see them in pain, brilliantly-rendered, in my mind’s eye, as impersonal as a framed photograph yet as alive as warm flesh. In that moment I was the person I wanted to be, not confined and scared and struggling and afraid and angry. I was the soul of compassion and calm understanding and humor and love.

The fact is as I have been growing my antennae to pain and suffering, yes, even in those who perpetrate. When a friend is calling someone a horrid word or saying something vicious I no longer see it in that black-and-white, that us-vs-them, that must make things seem easier, that must obfuscate suffering enough to keep it to a dull roar instead of acute pain, for so many. It’s like I’ve dialed into so much of the pain I used to not concern myself with and now I can’t stop receiving it. I’m reminded of Ray Milland’s character in X: The Man with the X-Ray Eyes; experimenting on himself he has inadvertantly exposed his eyes from intuiting the visible spectrum to now the ultraviolet and x-ray wavelengths and beyond, and it’s agonizing; only the spectrum I’m receiving is emotional and there’s no volume level and some days, minutes, hours, there’s no stopping it and I can’t handle it. It’s my fault, I think, but that doesn’t mean I can change it. I haven’t developed my coping strategies.

But today I had a glimpse of someone strong but soft; someone wise but humble, accepting of her limitations but still someone who could help. And I want to be that person. I don’t know if it’s possible for more than those occasional flashes of brilliant clarity. I want to believe it is.

My run felt wonderful. At home now, showered, the sun streaming through the window, in my house are five children happily playing; music is playing and the children are all so happy and safe. I feel broken and sad for my grownup friends but I feel so good about who I can be for these little ones. It has to be enough, for now.