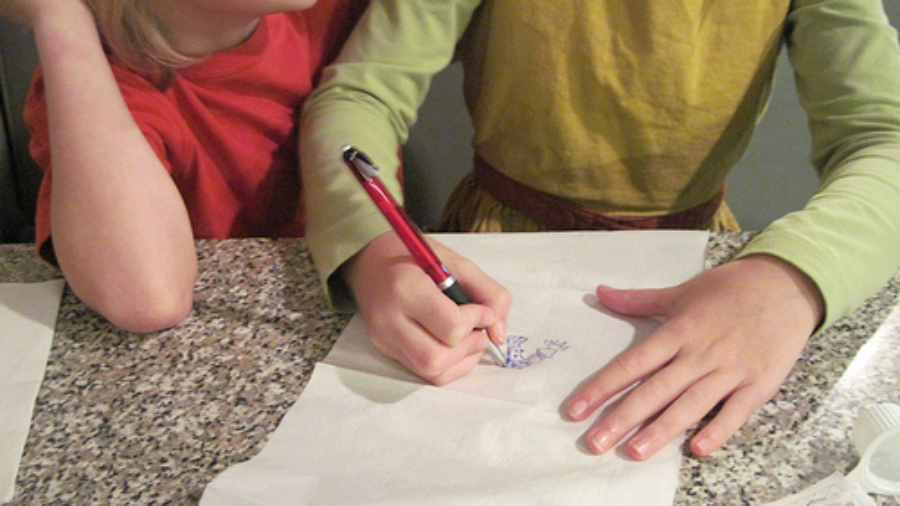 or, the bike ride across town to get a hot lunch at the diner. The kids were shocked at the cold and wet. Nels, behind me on the Xtracycle and thus shielded from the elements somewhat, fared better than his sister. I’d bundled her up as best I could (having the foresight to know how cold the ride would be) but she cried real tears at the cold blasting her hands, and her fleece wasn’t quite up to protecting her from the wind. At her cries it was an effort to keep pangs of guilt at bay. After all, I make quite the effort to clothe them every year against the elements – which are decidedly wet, morphing our not-so-cold to an actually-cold – and every year they get bigger and even when I have the prescient smarts to make something big enough for next season sometimes accidents happen like in the case of Phoenix’s wool coat, lost or stolen – oh and also of course my mind was churning over the fact Phoenix’s bike is already too small for her and I wish I could finagle a new one for Christmas. Nels at least is set clothing-wise; my sewing and knitting have him bundled up in all kinds of wool (although, come to think of it, the hat I made him a little under a year ago is already en-smallening). So I’m good for a few minutes where my son is concerned; until he grows another five inches in twelve months, like he did last year.

Once we got inside and ordered – cheered that even in the depressed-economy in our little downtown there were several other patrons in the eatery – I told the kids this was the time of year, it would be wet and cold, and I could find or make them suitable clothes (latest acquisition: scrumping the purchase of rainboots from my mom; predictably, she went a bit overboard and the boots are rather resented by Nels who clomped in them so loudly at the library) but that we’d be outside a bit since we only had the one car and Daddy had to have it lots of days. They were entirely sober and nodded total acceptance of this. I chided them a bit for the complaints on the bike ride and I told them I needed their help in figuring out what they needed for the upcoming cold.

Phoenix took a napkin and drew a new coat I could make her: A black and white trenchcoat, double-breasted, waterproof with interlining. Assymetrically colorblocked sleeves and a contrast front placket. She designed it in about thirty seconds and I already know what pattern I own I can use, and I already know it’s going to rock. Nels asked Phoenix to order for him. They split a grilled cheese sandwich and a hot fudge cherry shake. They were very pleased with the whole business. And of course like always they like fixing up my coffee. I generally take it black but I can’t really resist how much they enjoy doctoring it for me. As we ate the rain picked up. “It’s going to suck riding back home,” Nels said – but he said it cheerfully. We ended up diving into the library (a scant block away) and waited out the worst of the weather. When it seemed clement enough to go home we went for it. A few minutes later and only a little bit wet we were stomping inside the warm house and carefully storing the foil-wrapped remainders of grilled cheese for later snacking.

What lovely, lovely people to spend the day with.