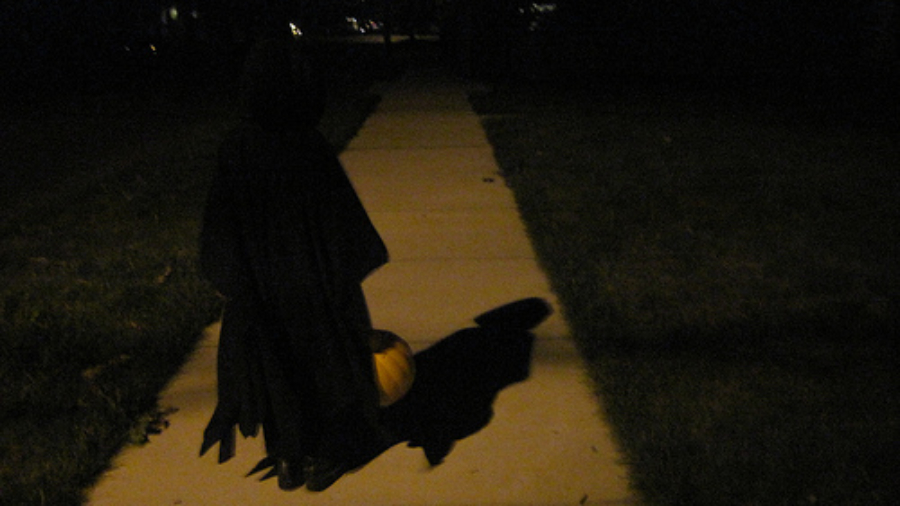 by kellyhogaboom
with 5 comments
Uncategorized I live in an economically-depressed area hit hard – and not-fully recovered – long before the recent recession made the news. It seems every few days I hear of someone who’s lost a job through downsizing or is currently experiencing underemployment. Homes are lost to the bank and the proverbial belts are tightened. Nevertheless that didn’t prevent homes last night – even those here on “the flats” as opposed to (as my daughter’s friend’s mother called it) “snob hill” – from opening up and offering a bounty of candy; most houses did not do “one apiece” and more than I would have thought offered up full-sized candy bars. The children also came home with packages of the beloved Play-doh, a large pretty comb for each, a Barbie, and homepacked parcels of several selected candies in bags printed with adorably-creepy critters. Really I don’t know why I was surprised at the generosity and openhanded nature of our neighbors; trick or treating in Hoquiam has always been deeply satisfying – very old school. By the way, Nels eschewed his ghast costume this night and went as a ‘zombie’ – fully in character with his sounds and walk, but a treacherous ghoul indeed as there were no physical markers designating him as such (he wore clean, intact clothing and had no makeup – in other words, he looked just like Nels does every day).

One of my favorite things to observe when out on the streets are the many impressive Halloween displays and the talent involved in pumpkin-carving (and one day I hope to have a camera up to photoblogging these in their splendor). I complimented many a pumpkin and took many pictures, to the delight of their artisans. Phoenix is such a sweet, friendly little girl; nevertheless in her ominous garb everything she did had the effect of looking like a prescient vision of Death (here she is petting a curious cat): After trick or treating we set up a projector and sheet for movie watching. My mom prepared a lovely little cheese and veggie platter, wine, juice, and an altogether delightful spread for her guests (my foursome and our friends Steve and Kit). We hosted the last leg of Trick or Treaters, many teenagers. Later we got takeout dinner at Casa Mia and followed this by slices of a lovely pumpkin pie (made by yours truly and involving delicious home-roasted pumpkin) while watching The Lost Skeleton of Cadavra on the “big screen”.