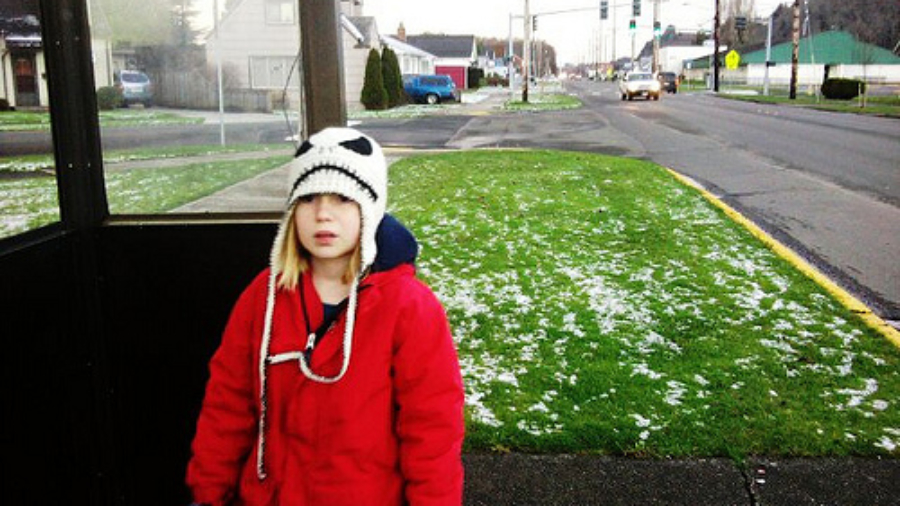 One nice thing about having inexpensive things is nothing is worth much except the use we get out of it. So this afternoon when I take up the purchased-from-Ross bowl I’m washing, near clean, and lift my hands and smash it into the sink with all my might, well, even given the impulsivity of the moment I know I’m not breaking anything dear. It’s a cheap outburst. Practical, really.

Sadly, my plans are foiled. The thing rather stubbornly breaks cleanly in half with an astonishingly muffled percussive noise – considering I’d aimed it at a stainless steel sink – and gently both pieces bounce and roll across the counter, not at all the shattered disorder I’d hoped to grimly and uselessly clean up piece by tiny piece. It only takes one second to put each half in the trash and then it’s all over. I’m tidy like that.

I am totally fine with walking and riding the bus today for errands, or maybe more accurately, I need a few moments to be fine with it as it was kind of sprung on me, a funny-silly car becoming a likely-tragically-not-running car, pushing our vehicular repair plans and expected expense up a notch quite suddenly (please do not make one helpful suggestion regarding the use of cars. We have a car plan. It’s just taking a while. Because of stuff like rent and food. But you should see our plan! It’s totally all awesome and on the level and going to work out just great. *shifty eyes* ), and I have all these groceries I’ve gotta get because one-day grocery shopping is not so fun with our local transit, and I’m already feeling the dark closing in on me tonight, and I’m feeding the kids but they don’t want to eat the chicken noodle casserole my mom brought over that is totally fine and they need it in their tummies because it’s going to be a long trip, and if you’ve ever gone somewhere with small children and they’re hungry and you can’t get them food yet you might understand how my anxiety ramps up at the very thought, and I’m intuiting somehow GHTransit will fuck me over (and I’m right as you will see).

Today in a moment of weakness I tell Nels I think I have to put him in school. He says, “Never”, and there is a storm in his eyes. I tell him I can’t take care of him. It’s not him. He is doing great. He’s a champion. He’s fucking stellar. It’s me. I can’t take care of him right. I keep missing what it is I’m doing wrong and he seems Unknowable but deeply-experienced (to me and by me) and feral and sweet and complicated but totally fine. You should see him. I make him food and he doesn’t want it but later he mixes up banana and milk and happily munches carrot sticks and forks up bowls of meatballs, pushing his hair out of his eyes and fastidiously wiping his hands (usually on his shirt, which he then changes after washing his hands). I give him hand-knit fingerless gloves for Christmas and he says they don’t feel right, they are scratchy. I hate myself because I actually knew he was sensitive to wool and I just didn’t think ahead.

When I can’t hit the right note with him I begin to see him as Wild, and I recognize he’s doing great, but I just feel so bad sometimes, so guilty, I’ve raised him well enough he sometimes seems not to need me, I’ve done a job many parents are afraid to do, and sometimes it hurts. Today he puts his arms around me and tells me he’ll be okay, he can take care of himself. His body is all bones under smooth skin and his hair smells so sweet and he says, “Mama, you know I can find myself something to eat,” (explaining the aversion to the casserole) and when I get home later in the evening he has the bowl in his room and runs out and says, “I changed my mind, I ate the whole thing and it was delicious!” and he’s a happy clam in the sand, and there’s not one thing I did right by him today, but he’s still going to love me and put his arms around me and beg to bathe and sleep together as if I’m someone who’s worth it.

Late afternoon: waiting for the bus takes forever. Because the 3:50 came and left early so we have to wait for the 4:30 and it’s cold and the shelter has busted-out windows and the bench is damp (but speckled with a pretty and brilliant orange fungus). Phoenie and I look up information on tornadoes on the new phone and I mess about with my camera. It’s a good time, really. She is cheerful but she is eventually cold. Avoiding the wet bench she lays on a section ofdry sidewalk for a while. Finally the bus comes and we get out on errands and get hot coffee and hot chocolate. Every word that comes out of my daughter’s mouth is wonderful, like music. Phoenix and I wander around the Dollar Tree and I think about all the different people there, those who shop there by necessity (make no mistake, there are lots of them) and those who get to pick and choose when they can “slum it” and when they can get exactly what they want, and I’m kind of not even sure which world I inhabit, which confuses me for some reason. The thought of so many people worse off than I, in need, struggling, it depresses me, because sometimes it seems no one cares.

Phoenix is a ray of light and confidently grips her hot chocolate in her wool-encased paws and when I mutter I need pot holders and then lip balm* she knows exactly where these things are and after helping me a bit she tells me she’ll be in the toy section. Ralph meets us there and we take our groceries home and I make a lovely Mexican Chicken Soup and quesadillas and homemade refried beans and all that chopping and stirring and mixing and correcting seasoning, okay, I’m doing a little better. My mom visits and stays until near-midnight. Ralph eventually goes to bed. Giving up on sleep at a mortal hour, I cut a dress for Phoenix from sale yardage that is pleasingly leaf-green and I hope I don’t fuck it up, I mark carefully with chalk and set aside pieces and imagine the finished dress (maybe the imagining is my favorite part of all), and I just tell myself to get through each day and each night of this winter, I know I can survive it, even though it stretches out ahead of me like an unknowable abyss.

* Just as I post this my daughter wanders over to my desk, un-caps the Hershey’s Milk Chocolate Scented I came away with and puts her freckled nose to it, then pronounces: “Hm… smells creepy.” EXACTLY!