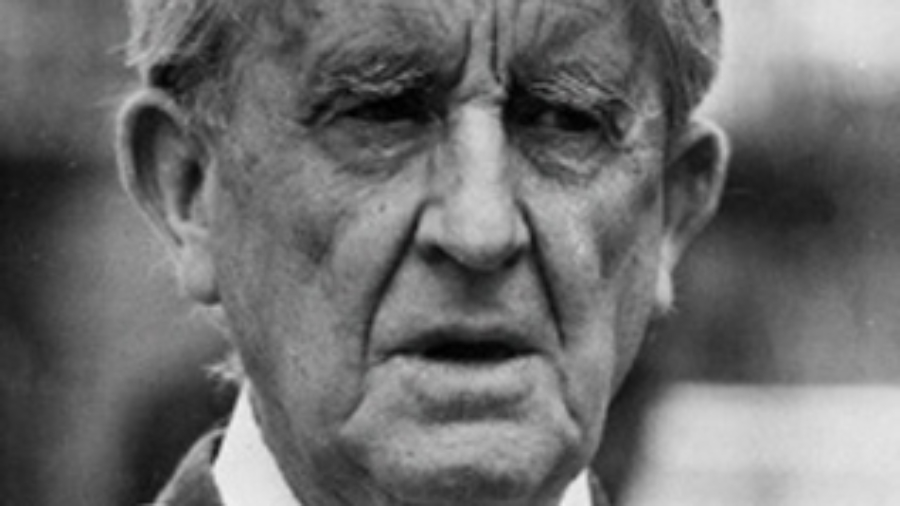 by kellyhogaboom
with 10 comments
dailies

Friday links, or also, things I tweet and email to friends/family and then notice these people post them to Facebook to madcap happy responses. I miss the days of my Facebook account. I had many fans. Am I tempted to go back? Narp.

1. At design-fetish, from two years ago: “Retrofied Modern Movie Posters”. I sent these to my husband – a local and volunteer poster-designer, who wrote me in return (smugly), “I know.” Whatevs. A couple days later I stumbled (in a totally different space) on another such concept – but hello, a poster with major spoilers? Oh hell no.

2. I have one quibble with the self identified “world’s 9 most brilliantly pointless street fliers” curated at someecards. The “pointless” should be replaced with “fucking awesome!” because I peed a little. The last example had me at Hello.

3. I recently stumbled on the Antonio Buehler article “Who SHOULD Homeschool?”. I’m quite impressed as it is pretty frank and hard-hitting while emphatically laying to rest many myths propagated and ignorance perpetrated about the homeschooling option. Probably other people aren’t that impressed, but for me, he tackles a discussion many people pussyfoot around. On that note, I’d advise not clicking through unless you can read with an open mind, and as per usual if you have a refution or comment, please do leave it at the source material and link back through comments here if you like.

4. At the same time and in a similar vein, I found Buehler’s previously-published article, “Who Should NOT Homeschool” to be, as far as I’m concerned, compassionate and realistic in many ways… although I am a bit confused and have some concerns I haven’t satisfied. Beuhler seems to advocate for homeschooling purely in terms of achievement (which is a schema also embraced, however poorly consummated, by the schooling model). I’m wondering what worldview he holds for those who’d homeschool for holistic reasons, personal empowerment, and the mental, emotional, and physical health of our little human beings – regardless of the status, titles, or pay they end up commanding in their adult state.

5. Anita Sarkeesian challenges the mainstream tendency to celebrate so-called “feminist” film roles in this vlog: “True Grit, Mattie Ross and Feminism?”. There’s nothing I can say here that will add to Sarkeesian’s excellent analysis; the six plus minutes are well-spent. If you don’t know the term androcentrism, it’s long-past time you remedied that.

6. The Boston Globe “The Big Picture” feature contains a photo-essay of the earthquake/tsunami/nuclear disaster in Japan. The images of the very old and the very young are especially difficult for me. I also find myself wondering about the experiences of the rescue workers. They are faced with such colossal devastation, yet every moment they are making a positive difference – saving lives and moving people to tears and prayer.

7. At The Noble Savage, Amity Reed writes “Sleep, my pretty, sleep”, regarding a strategy to perserve mental health when the world seems a dark and scary place.

8. At What Tami Said: “Stop Being ‘Shocked’ by ‘Isms'”. I’ve heard this point before, and I am in whole-hearted agreement. I love how Tami writes because she is rational yet well-equipped to discuss emotional realities; she also has a succinct delivery on complex subjects that I rather envy. And good lord, any “progressive” or liberal reading here, please do click through.

9. Crafting: I’m pretty sure the Super Secret Waffle Cult is behind many nefarious breakfast pastry plots. And by the way, I would totally make up some of these crepe paper flowers except that within a week they’d be clotted with cat hair; no longer so “fresh”.

10. Sasson shirts. I don’t need to write any further, except to say this is what I like to put on after I’ve had a hard day bringing much love, happiness, and saxiness to the world.

11. The tribute to Dwayne McDuffie at Racialicious is sweet and informative. In particular I enjoyed the video interview where McDuffie makes some excellent points regarding the inclusion of racial minority characters in a white-dominated field. It is So. Worth. Watching!

12. Sent to me by friend and reader Bex: “Deb Roy: The Birth of a Word”. At 4:57 I STARTED CRYING. Also at the end. The big ticket/mass media/marketing opportunity items were less important to me than the reflection of the “feedback loop” of raising our young – in other words, it isn’t just us influencing them; we respond in Pavlovian kind.

13. Random Parenting Thought 2 – Behaviourism v Unconditional Parenting at Analytical Armadillo. I would cite Behaviorism as just about the number one mainstream US parenting principle (even if adherents, parents and non-parenting adults alike, wouldn’t self-identify it as such). It’s crap, and limited, and fear-based – and yet it prevails. Ed. note, see comments for a discussion of the meaning of “Behaviorism”.

14. Local! “Nirvana’s Kurt Cobain memorialized with guitar sculpture in Washington” (that would be Aberdeen, Washington) from APP.com (written by local reporter Steven Friederich). I notice Mayor Bill Simpson can’t help farting in the general direction (most locals with his views on Cobain however think our log/rape’n’pillage history and serial killer/boomtown murder rate are totally honorable/colorful and deserve the museums & memorabilia devoted to them. Etc.). What’s interesting to me is people still come from all over the world to explore Kurt Cobain’s life, to find clues, to look deeper into the birthplace of music that resonates with them. On a related note, Aberdeen and surrounding area has mostly whizzed this responsibility (and opportunity) down the leg, although as this newspiece indicates, many people are trying to do right by our historical record.

15. Guest-posting at Authentic Parenting, Meredeth Barth writes, “Just a Child”, her response to an average parenting mag’s average kind of article (“25 Manners Kids Should Knowâ€). Of course I related to much of this, but today I’m reflecting that mainstream “experts” often aren’t really experts, but rather those who repeat and reify the views we’re finding comforting, convenient, etc. Most parenting “experts” today espouse a lot of twaddle (sadly, some of it quite harmful), and I’m sad to think of how much I’ve bought into, and how hard it continues to be to un-learn these tenets and simultaneously forge better relationships.

16. Awful Library Books discussed a potential shelving of Not in Room 204, a children’s book dealing with a child’s experience of sexual abuse by a father. The original post (specifically the submitter’s concerns) and many comments made me incredibly sad, or angry – some comments made little jests, some claimed the book was “too creepy” for children to handle and it might give them nightmares (ah yes, the perpetuated belief kids aren’t smart/are too fragile, etc. – while we hold they are, apparently, equipped to handle being abused in their homes without a lifeline). Fortunately better heads pervailed in the commentariat. I liked what Sarah, a librarian, had to say (3/17/11 4:54 PM): “This book handles the subject responsibly and respectfully. Itâ€™s crucial that we donâ€™t hide information from kids even if it makes us uncomfortable; sometimes their lives depend on getting their hands on a book like this.” Leigha (3/17/11 10:56 PM) makes a great point about a handful of responses regarding access: “All the comments about how itâ€™s a good book to have because itâ€™s in the adult section anyway and the kid would need it read to them seem to be missing one key pointâ€¦itâ€™s normally (like for the girl in the book) one of the parents DOING the molesting. Do you really think a child molester is going to read this book to their kid? And I doubt anyone else would unless they suspected something. If itâ€™s not where the kids themselves can get it, itâ€™s pretty much worthless.” Me, I’m still saddened, and gobsmacked, that one of the most prevalent forms of abuse against children, and one the child is least able to get help for, is still so under-discussed and meets with so many so-called well-intentioned adults’ pressure to keep it under wraps.

17. Tonight the 7th Street Theatre here in Hoquiam is showing Lord of the Rings: The Fellowship of the Ring. As I have been doing for about four years, I designed the movie program (shoehorning in the popular trivia section, and deciding which trivia had merit, and imagining some the fantasy-geek rage I might inspire if I got any of it wrong). Anyway, whilst up late finishing that up I stumbled on this image which left me giggling. 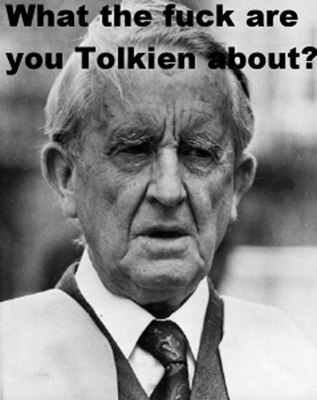 For those whom it applies, I hope you have a lovely Friday night and a fabulous weekend!