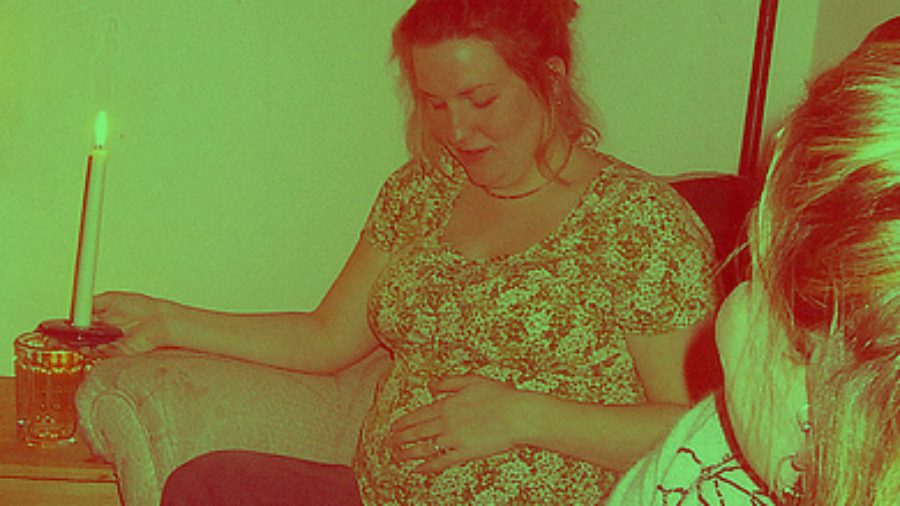 There has been nothing in my life like my work caring for another human being properly – with nurture, love, compassion, usually lots of time chopping and cooking food and wiping counters and pulling laundry and that small and essential stuff, for instance holding a wee hand so a little one can stomp in a puddle with great relish and efficacy. Time, years measured in joy and laughter but also blood, sweat, and tears, and I do mean tears, mistakes you know you made that eat you up inside and no amount of condescending There, there, everyone has bad days from others means jack shit, and why should it?

Many people don’t know much about it. They either haven’t had the responsibility, or they shirked the responsibility horribly. I’ve met a lot of fathers (and a few mothers) who consider themselves having “raised x-number-of kids” who perhaps made wage but did very little otherwise, and/or did it poorly. Fortunately – for the men and women and children in their lives, as well as themselves – most parents I personally know wouldn’t fall under this description.

But I’ll never get over the capacity people have to care for one another, I mean consistently day in day out even when that shit is hard, sometimes when they can barely figure out how to keep the bills paid and groceries coming. And of course, not all of those people I admire are parents. Example: the young man who financially and emotionally and while running a home and working in low-wage work supports a mother who is underemployed and who didn’t much raise him when he grew. Example: the neighbor who never had children, in his fifties now, who has consistently kept his mother’s house and looked after her, even before her widowhood. Example: my aunt who looks after my grandfather’s every medical and emotional need and runs his household and gets him his favorite foods, a person who will care for him until his dying day. Those who cook and deliver food to those who need to eat and don’t know how to cook, or can’t, or are stressed and heaped with struggle.

But most people I know who’ve cared for human beings with body work and constancy and day-in-day-out are mothers (like the above-mentioned aunt, and of course if you read here you know I cook for many outside my family). These mothers care for children and perhaps through the crucible of that experience, I don’t know, they expand and later (or sooner) we find them caring for siblings or aging loved ones or other people’s kids, and if they have men in their life they’re often doing the lion’s share of caring for him too. My own mother and I share this experience, many years of other-care, and even though I could list a hundred and five ways I think she fucked up while I was growing up, list them on-point, perhaps the reason we share a close friendship today is I never gave up on her, nor she me. I know that sounds a bit grim but let me tell you, there’s a lot of work women do, a lot of time in the foxholes being shelled from all sides, and we never forget those years. And lots of times not only do we not get the help we need but no one nearby seems to throw us a give a fuck, so if you think that doesn’t make us angry or wary or (lots of times) not even bothering to speak out about people’s ignorance regarding general matters, well, sometimes we canna be fucked. But my mother and I, we have a connection made deep not just because of the love we have for one another, but because of, maybe mostly due to, the work we’ve put in.

Today I’m thinking a lot about the work we’ve done.

My mother, and myself. My grandmother. We birthed babies. Out our vaginas. Under our own power. That shit’s awesome. Not a day goes by I don’t think about my births. People inadvertently or purposefully try to strip me of dignity or agency or worth, or look past or over or through me sometimes, or maybe they try to put me in my place by flirting with me in that way I decidedly don’t dig and my every fiber of being signals “no thanks” (hey lady, you’re looking fine), and people are all the time measuring me up and deciding my worth or lack thereof, but they can never take my experience of childbirth away, I am marked until my grave with that.

My mother, myself, my grandmother. We cared for little beings twenty-four-seven, I’m talking do you even know how vulnerable an infant is? I used to cry while giving my firstborn a bath, it wouldn’t even take me holding her down in the water, if I merely walked away she would drown. She was that vulnerable, that fragile, and she was mine to care for every second of the day, and I can’t describe the love I felt and how deep it went, like nothing else I’d ever known. Do you even know what my babies’ cries would to my body, and mind, and heart? I have never felt so triggered, so pulled at. I’d walk through a grocery store and the sound of someone’s baby or the thought of one of my own, I’d have to apply pressure to my breasts, otherwise milk would flow. I have felt waves of nausea, love, fierce protectiveness. I’ve felt my hands shake and my head pound. I’ve felt more at-peace and found more humor in life than ever before. Something stirred when I became a mother and has grown and grown monstrous with love ever since.

Predictably I suppose, although I never thought about it until now, it was my mother and I who were with my father, nursing him in every physical and emotional way, through his death at home. I will never forget how much I appreciated even the smallest gesture of care, the couple who brought groceries, the friend who watched my young children once in one of my final nursing shifts when I was wearing down. I’ll never forget how they helped me, like I never can forget the women with me when I gave birth, tears spring to my eyes when I remember the space they held for me. I’ll never forget how much it hurt to hold my father while he died but how Right that hurt was, and how much effort and care I took into serving him as best as I was able, and in a way those small gestures and assistances of others, they were under my feet and flowing through my fingertips, and they sustained me through thirsty work.

But you know what’s funny, until this very second I never have thought much about how much my care might mean to other people. It’s not that I’m a “selfless” mother, and I hate that whole package as it’s sold and marketed.  It’s that the minute the business was before me it opened my eyes and I saw good work that could be done. I’ve been shit on, pissed on, puked on. I’ve been disrespected and overlooked and pedestaled and condescended to. I’ve been told I was worth less than other people, sure… but I’ve been told I was the one person who matters most. One thing I’ve never been is bored.

I’d like to extend a thanks to my children, but of course it was kind of an accident they’ve ended up being such an incredible experience, not at all some favor they extended or the center of their interests. If you read here you know I like to write out my thoughts and feelings but I can’t encompass what it’s meant to me to care for my little Nels and Phoenix, and for the many, many ways they’ve opened up a caring and a strength that lay dormant within. All I can say is: I feel incredibly grateful to have had this opportunity, and it’s better than anything I could have guessed at or built on my own with clumsy hands and vain hopes. Here are a few of my writings, not the best or the most instructive or anything, I’ve found to share today.

Caring for other people is not like any other job. And I have had other jobs.

In which I behave like an ass-hat, and how my family responds.

An apologist for lurve

A mother, and her mother.

“I forgot to mention, it’s so beautiful here.”