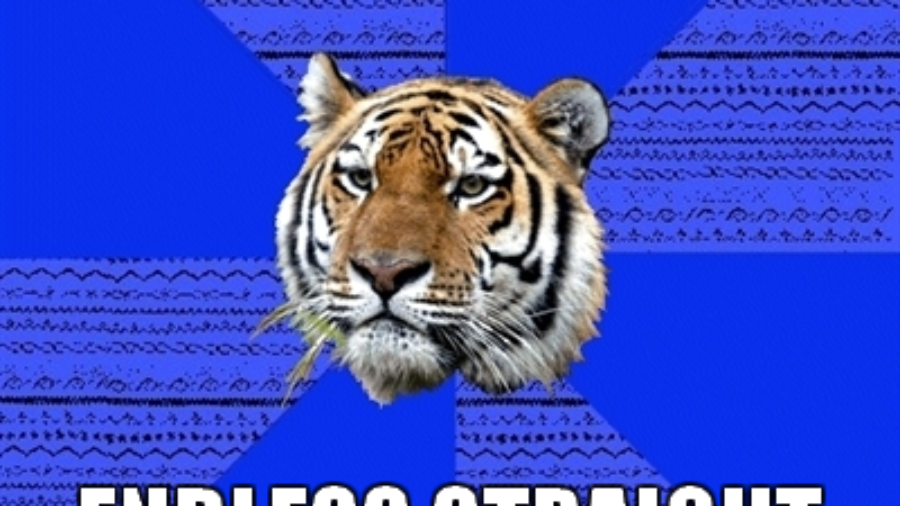 Well our party spirit is a little dampened. This morning we found out someone got ahold of Ralph’s account/credit info and cleaned us out. I mean CLEANED us out. So that was kind of fun! Ralph had to stop work early and make all these phone calls and stuff and I have no idea if we’ll get our monies back and get food and stuff! Wheee!

But nothing shall stop me from Friday’ing your ass up! Pull up a cup of joe and check the linkage!

Androcentrism: It’s Okay to Be a Boy, But Being a Girl… at SocImages makes valid points, plus I didn’t recognize who that was in drag at first. Pretty cool.

While we’re on the above-mentioned quote, please watch this Madonna video. MY FAVORITE PART of the video culminates at 02:49. P.S. So interesting this video got banned after the other violent shit male artists have pulled.

Tracy Morgan: If My Son Was Gay, I’d Stab Him To Death; HA HA HA that Tracy Morgan! So funny! Hm, there’s not an emoticon I can think of to type how I really feel about this. … Anyway, here’s Wanda Sykes response to Chris Rock’s defense of Morgan, via Racialicious. Thank you Ms. Sykes.

Okay, moving on. Look, I totally enjoy FYeahSeamstressTiger on a lot of levels (for instance, as I believe I’ve made my position clear long ago [#7]): But the aggregate effect of the occasional snooty I-can-sew-so-well-and-you-totally-don’t-get-it leaves me cold.

h/t friend Dawn for this Cute little flash animation about how we’re gonna fuck things up. IS it flash? I don’t know. I just call everything that has that look, flash.

Bullying (30): How to stop parent bullying at ronitbaras.com. The “I need to think about it” technique? Kelly-Goddamned-Hogaboom needs to practice this one.

When Homeschooling is Blamed for Child Abuse by Laurie A. Couture. Sometimes I’ve wanted to write out what’s behind the many distinct eyerolls I experience when I hear child abuse blamed on homeschooling – because it’s just laughable. Ms. Couture’s article stands on it’s own merit, however. And the last bit:

“The vast majority of parents who allow their children to learn at home are passionate about their children, love them deeply and put them, their needs and their interests first. Child abuse is a tragedy that will continue as long as this culture supports power-over, punitive, subordinating ways of treating children. Unschooling and relaxed homeschooling are part of the solution!”

Yeah, that gives me the chills.

The Link between Substance Abuse and Eating Disorders by Kendra Sebelius (also known as @VoiceinRecovery on Twitter). Absolutely bleeding edge on progressive treatment for comorbidities more common than many people realize.

Yes, I put my name on the bone marrow donor registry but I kinda want to pee in fear thinking how awful it would be to donate. I’ve given plasma before so know the whole, suck the blood out and put it back in routine (COLD blood going back into one’s body, ugh!), but the needle in the pelvis bit sounds like the real picnic. ANYWAY, truly, if I can help in this way I hope to!

Make (or at least, read about the deliciousness): red currant jam from David Lebovitz’s blog. I am new to having him in my feed reader and I’m liking what I read. His points on complaining about red currant prices are pretty rad.

Quote of the Day
Every society honors its live conformists, and its dead troublemakers. ~ Mignon McLaughlin, The Neurotic’s Notebook, 1960

Tweet of the Week
Kevin Murphy, participating in a Twitter hashtag game that many others were rather vile with. But in this case – MUCH LULZ