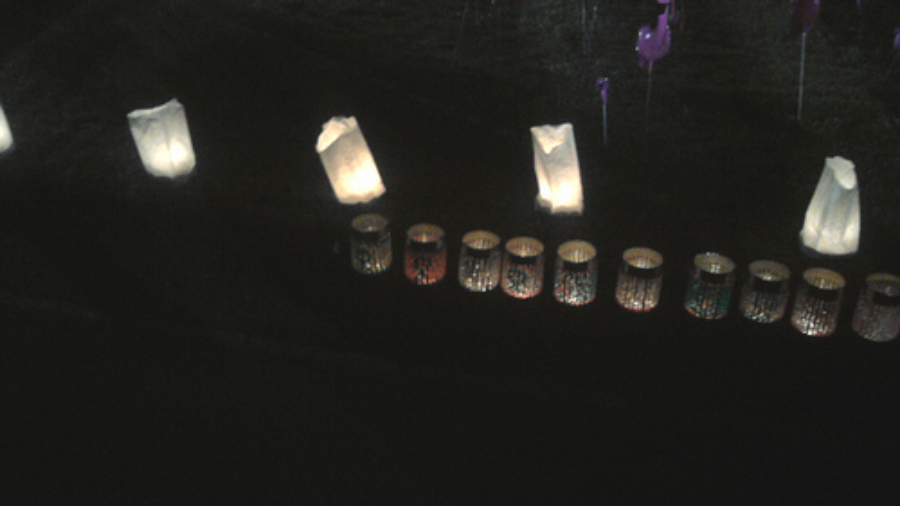 This weekend, due to this or another thing, we do not have money for gas for my mom’s borrowed truck – nor groceries. A problem, to be sure. In addition there is a particular sting in not being able to take the kids to the Relay for Life and grab them an elephant ear or whatever, but this sting doesn’t have the maudlin, intense, and guilt-laden feel the way it used to, way back when things were more grim and felt entirely unmanageable – and, in some real ways, were. For some time now we’ve been able to pay our bills, a circumstance which apparently, sadly, was needed for my spirituality and outlook to improve.

I try and mostly succeed in being patient we don’t have running cars (I had to hustle my ass via bike and bus twice yesterday). Working cars will likely come, in time. Yet it is hard to be so sanguine when we don’t have food and I am preoccupied with other work I need to do. This week I am considering what to do regarding the Conch, as there are some changes afoot regarding that enterprise (and you all deserve, and will receive, an update soon). I would very much like pay out for groceries so we can cook for people on Wednesday. I think I will not be able to decide on this, not in the next few hours at least.

The 24 Hour Relay for Life is in it’s 25th year here in Hoquiam (we always used to call it “the cancer run” and I still slip up) and started up last night. I hadn’t been to the Relay since my father died. This year I walked quietly and thought on him, and all in my life he has missed, that I wish he could share in. I miss his advice as it spoke to the heart of me. The Relay here is quite impressive; Hoquiam’s Relay consistently performs in the top ten in America for money raised per capita. It is also now a party-like atmosphere with all sorts of barbecues, food, drunkenness and drug use, hugs and tears, joyful friendships and skirmishes, people fooling around in tents, drama, and grab-assery; in short, the whole beautiful mess of the human condition. I observed parts of the drag show and although it was a funny affair I felt sad to see the hints of mockery evidenced: mocking women, especially trans women, hints of homophobia. If I had the energy – and I do not today – I would (do more research, then) write the organizers with some commentary and advice on how to improve this feature of the Relay (for starters, a drag show that included the possibility of women in drag as men, would immediately benefit inclusivity).

But really, that whole bit was a footnote on an otherwise lovely walk with my husband and daughter – on a beautiful night. I miss my father terribly.