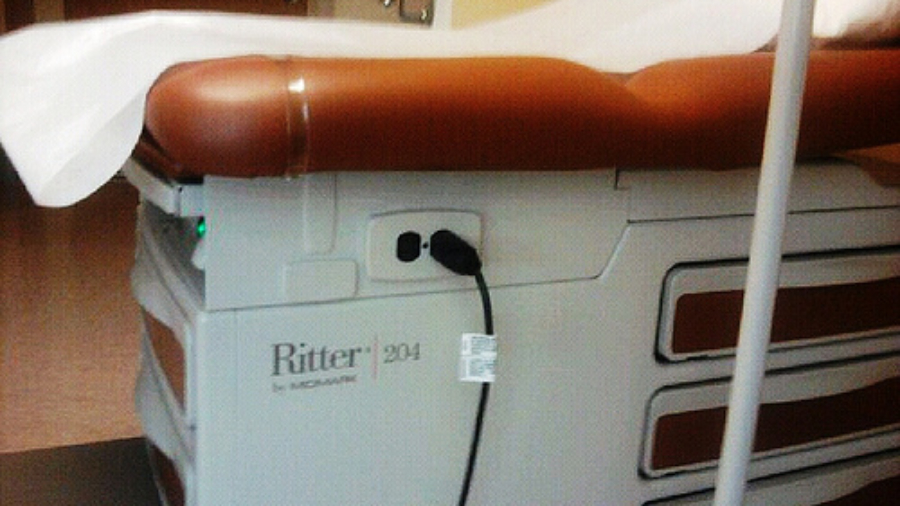 So Phoenix decided a while back she wanted to see a doctor to talk about the small bumps developing in her chest. I’d told her it was likely normal breast development (we’ve talked with both kids about puberty, tons – as according to their interest), but she still wanted to enlist the care of a doctor. I asked her if she wanted to see her pediatrician or if she’d like to see a gynecologist. After a short discussion she decided on the latter. We proceeded to the day steadily and she looked forward – in her typical sedate way – to the appointment.

You can imagine how finicky and cautious these physicians are with young girls – probably not to scare them. And I respect that, although in our household this stuff is pretty matter-of-fact – and my daughter has not been sexually abused – so the treatment was a bit odd. During the entirety of the examination another employee, a woman, was in attendance. The physician (a good doctor; my own) introduced himself and shook hands with the patient. He then spoke directly to her and asked her why she was there.

“I have two bumps in my chest, and I’d like to know if they’re normal.” Phoenix was a slim little reed in the smallest gown they had, a soft lavender one.

“You’re quite a nine year old,” he said. He asked a few questions and eventually proceeded to an exam – asking her before touching her. You would have thought my daughter was made out of glass, they were so scrupulously careful – but not tentative. They also treated the whole business with seriousness. It was good stuff and I felt a bit… I don’t know, weepy or something.

After a very gentle exam he closes up the robe. “Breast buds,” the practitioner practically mouths at me, with an almost secretive air.

To my daughter, he says, “Your boobies* are coming in. Do you know about periods?” She nods. He continues, “It means in a few years, maybe one or two, you might start your period.”

“This is already happening – at nine?” my daughter asks immediately. The conversation goes from there.

But it suddenly pops in my head this physician has interpreted my relative silence (as my daughter has handled the entire thing just fine), and perhaps common prejudices associated with the knowledge we homeschool (why does he know this? ’cause get what just about every grownup asks every kid upon meeting them? Yeah. What grade they’re in.) I am suddenly wondering if the physician and his assistant think I’m a uber-faith-based homeschooler shelterin’ mama bringing her daughter in with these shameful dirtypillows and we don’t talk narthin’ ’bout periods neither. I mean don’t even think I’m weird for perceiving this. The number one question I get from strangers, regarding homeschooling, revolves around Christinaity – and “sheltered” children (in fact I fielded this exact double-pronged question again, not an hour later, in another setting entirely!).

I am silently mirthful on this thought. “No sir,” I want to say. “You perceive incorrectly. I’m actually a feminazgul radical unschooler whose kids probably know way too much about how the world works, like on the way here we were belting out Carrie Underwood’s ‘Before He Cheats’* – and actually we do say words like ‘breasts’ in our house, I’m sure since you have a medical degree you’ve heard the term.”  I am seriously not giving the guy a hard time, really, he did very well (and the whole thing was a hundred percent more awesome than how my parents introduced me to this stuff, which was… oh wait, they didn’t. Assery.). It was just funny.

The physician asks my daughter to call him, or “tell mom”, if anything comes up. He also explains periods in the most euphemistic way but – again, really, it’s fine. I mean think about it, all his caution, he probably wouldn’t want to offend a family who didn’t want to or hadn’t yet discussed this stuff with their kid(s). He’s in a delicate position.

Well anyway, Phoenix was a very proud young lady when we left. Believe it or not, I think she had actually been a tiny bit nervous. Not enough to disrupt her but just – a bit. I was touched. She is one of the most self-possessed kids about stuff like this.

Oh and by the way. We waited an hour between when we got there and when we were seen. Phoenix spied the exam table (she’s seen many such, of course), and asked: “What does ‘the Ritter’ do?” She even put “the Ritter” in “air dick quotes” and used a low, serious, voice. Man we started laughing and then we couldn’t stop making jokes. She made the creepy light “eye” look at me. I joked it was like a giant clam that if you sat on it, would snap shut. When the doctor came in, as it happened, the assistant asked Phoenix to sit on THE RITTER (not calling it by its monstrous name of course) and the doctor hurriedly interjected with, “No no, it’s okay, she can stay in her seat.” When he left I leaned over and said to Phoenie in sotto voce, “They hadn’t fed it and they knew it was hungry”. We dissolved into paroxysms.

Seriously, most fun I’ve had in a gynecologist’s.

I should mention some rather awesome stuff happened today. Someone donated to the blog (thank you so, so much J.!) and it was the exact fund I needed to secure a bill that came in today. The landlord sent a crew over to build not only a fence, but fix our outlets – and we now have sink water pressure in the kitchen. This latter, if you’ve been to my house, you know has been a long time coming and has been a comically, I do mean comically small trickle of water since we moved in like a year and a half ago. There was some other really awesome stuff but I’m almost flopping around on the keyboard, I’m so tired. Just: a good day.

And yeah, my daughter is growing up.

As for Nels. He continues to grow tall and impossibly thinner. None of his pants fit because they’re all falling off. Seriously, I would be worried if he didn’t seem so full of energy, eat so well, and deliver “stools… gigantic and [with] no more odor than a hot biscuit.”

And so it goes. #familylife

** When we sing along we don’t say the phrases “tramp” and “white trash”. But we’re cool with the rest of it. Just so you know.