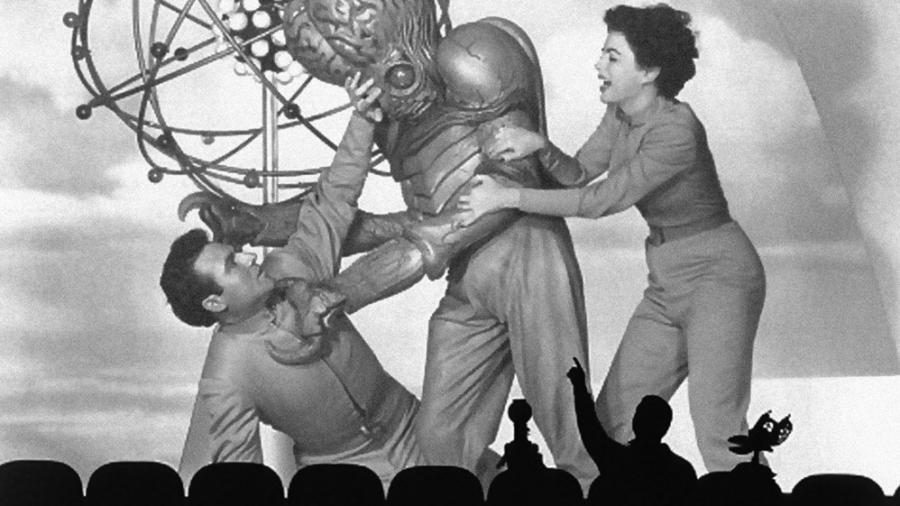 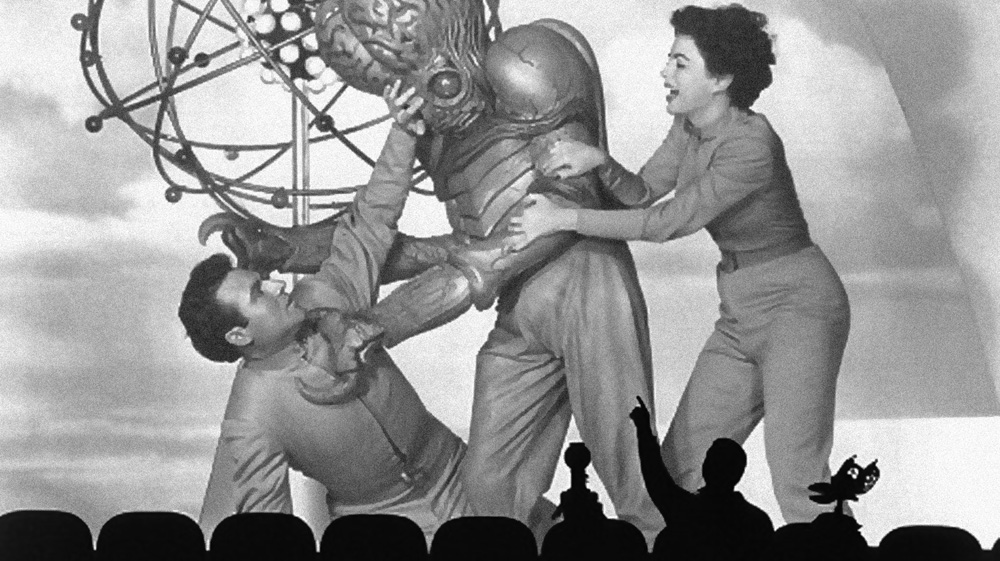 I grew up in a family of ardent film-watchers. I used to relate to others that I “grew up without TV” which was true, but not technically accurate in every sense. That is, we had no channels nor cable so I wasn’t exposed to commercials nor got any regular dose of the popular shows (“Seinfeld”, “Beverly Hills 90210”, “Melrose Place”, and “The Simpsons” when I was in high school, for example). However we did have a television set and my family would regularly watch feature films, back when Video Vision and the liquor store abutted one another here in West Hoquiam.

We watched at home more frequently than attending the cinema. We had a ritual of renting a VHS tape or two on a Friday or Saturday night. Snacks and pop for my brother and I, Manhattans for our mom. Back in the day when VCRs were new and not in our pricepoint, movie nights were rare, as we’d have to rent the VCR itself. I seem to remember a black plastic molded case weighing approximately five hundred pounds, and how it would set my heart to pitter-patter when mom or dad would haul it in. Before viewing we’d stove-pop popcorn, throwing melted margarine on the mess and shaking in a thick paper bag that would become spotted with grease and that we’d all share from (air poppers have always seemed frivolous but kind of magical, reminding me of the vision of my shirtless dad making sparks on the range and usually burning a fair number of kernels on the bottom, later leaving the pan to “soak” – which meant leaving it for my mother to wash).

Given the communal nature of and family-feeling of movie viewing, I was destined to develop the most ardent affair with the television show “Mystery Science Theater 3000” – which again, I was exposed to via wobbly-lined VHS copies (prior to syndication the show carried the end-credit tagline, “Keep circulating the tapes”). If you don’t know what MST3K is, you don’t know one of my deepest and truest loves, a show I’ve never not weekly or nightly watched repeats of and of course, raised my children with – bundled up in bed or on the couch laughing at half-arsed Godzilla knockoffs and Conan the Barbarian wannabes and the weirdness of the Gamera franchise and all the many, many mansplaining white male scientists – all elements of film which give me a fierce joy to this day. The last episode of MST3K aired in 1999, but in recent years the writers involved with that most magical of shows split into two groups, Rifftrax and Cinematic Titanic, and they basically do the same thing – riff on movies with comedic precision, pop-culture awareness, and timeless historical context. Good movies, bad movies, old movies, new movies, first-run box office blowouts and oddities you almost wouldn’t believe existed. As of this writing I’ve seen almost every offering from both camps, including a few live-broadcast events and one live-actual-writers-riffing-right-in-front-of-us-at-a-club memorable evening.

So in honor of our Fisher-cum-Hogaboom B-movie traditions, tonight we’re watching the Rifftrax version of Warriors of the Wasteland (a subpar ripoff of cult success The Road Warrior) and I’m just too-too excited to fire it up.

And you know? I was thinking how much I like one of the “stars” of the as-yet-unseen film – Fred Williamson, “actor, architect, and former professional American football defensive back”. I was considering how many straight-to-video and/or blaxploitation films he’s featured in (as well as, a personally-adored little nugget, his turn as the grouchy captain in 2004’s Starsky & Hutch, RIP Chris Penn), and how much I love his mustache, and how I want to invent a Pin The Mustache On Fred Williamson partygame for that B-movie party I’ve always wanted to plan but don’t think anyone would like as much as me, and in doing some research (IMPORTANT I swear), I discover Mr. Williamson was featured in Playgirl back in 1973 and I just can’t… help myself. I have to know.

I simply must Google search. 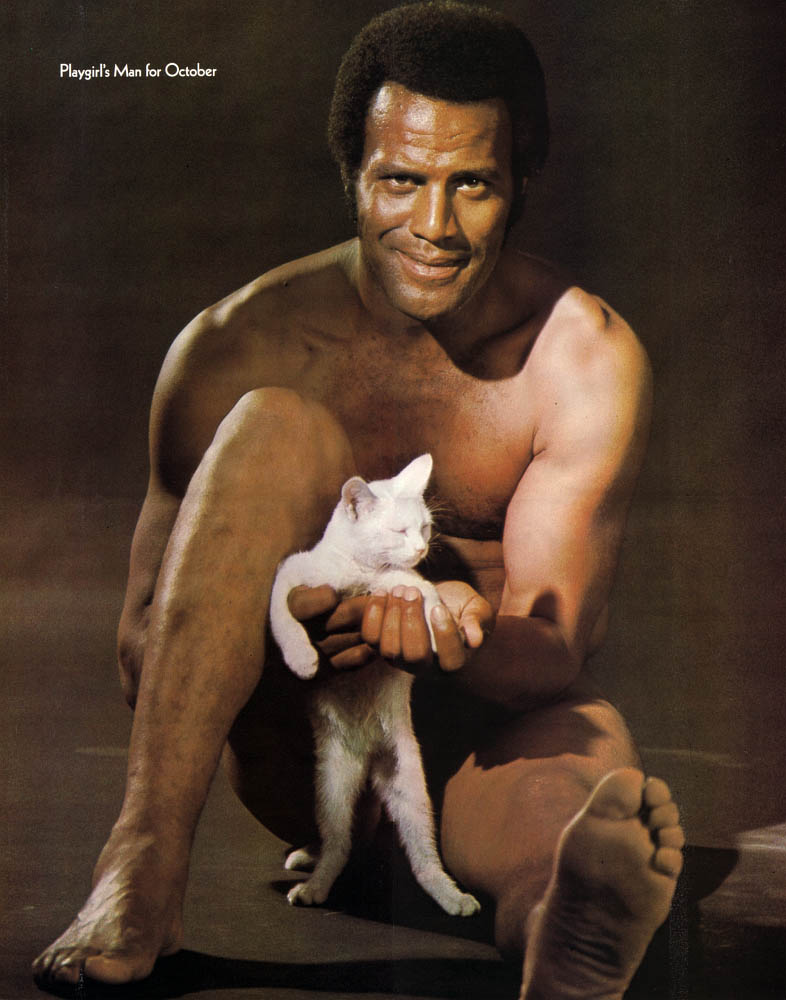 Well hell. It’s a solid enough concept, but talk about an awkward delivery! And SANS MUSTACHE? WTF were they thinking?!?*

In other news, I’m aware my blog has been either suffering technical problems, or not available at all, for some time. I apologize for the difficulties and delay. Hopefully things are all tidied up now. Thank you to those who emailed, IM’d, tweeted and messaged me etc. both regarding technical difficulties they’d experienced, and their desire to read my writings again.

In the intirim since I posted last I’ve gone through a fair bit, and have written little except in my notebook and daily journal (so I guess, I’ve written, I haven’t typed). I have been deepening my spiritual practices whereby I got to discover more about, and make great progress in overcoming, my fear of my own death (neat!). I went to a long workshop the other day regarding neuroscience, trauma in childhood, addiction (to chemicals or process), and forgiveness work. I have a surgery scheduled for this Friday and I’ve been ill, good days and bad days – but always, so far, grateful days. These recent health setbacks have given me the opportunity to gracefully accept assistance, love, and ministrations from others. For instance today I slept much of the day even though it hurt not to be able to get up and run around and fix the house up and work on my current client’s sewing project. But just as I was pulling myself together out of a hot bath (after most a day my children had been caring for themselves and letting me sleep) a friend came over, put away my dry dishes, washed the dirty ones, and took the kids and I out to lunch!

And today it really, really helped.

And now? On to Mr. Williamson and his fierce hirsutitude, some bad bad 80s hairstyles, and lots of low-grade explosions of scrapheap cars.

* At least the kitten looks happy. And who wouldn’t be?