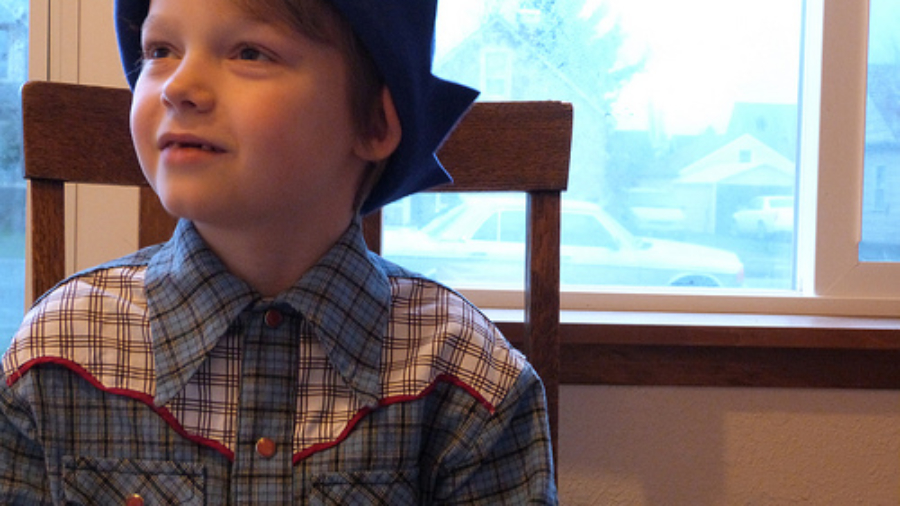 by kellyhogaboom
with 6 comments
dailiessewing journal

Hey lovelies! I promised to post pictures of the Western shirt I’m trying to prototype as a pattern. This one here? is for sale. And it’s ON sale. And I posted it to Celebrate The Boy, which I just found out about (thanks, Medrie!).

So anyway, it kinda sucked because I had to take, and then wade through, like four hundred adorable pictures of my son. Nels is currently missing his top front teeth and his resultant lisp is TO DIE FOR. He was sad I told him I planned to (attempt to) sell the shirt, but when I reminded him it was for fundage for the Unschooling Conference he was all on board.

Check out the cute kid, and the cat who doesn’t give a fuck: Nels’ friend isn’t jealous of the shirt, as far as I know, although this picture kind of makes it look like it. You can read a few details about the shirt construction at the listing or check out the Flickr tagset. I don’t know how many of my readers are interested in these details, but I always like to share.

Speaking of sewing, I have several other items I haven’t yet photographed and uploaded, because I am hoping to no longer take flat photos but use children and/or (locally and handmade) forms. I’m discovering that I’d prefer those kind of displays rather than the flat-photography I’ve done in the past. Let’s hope I can make it work!