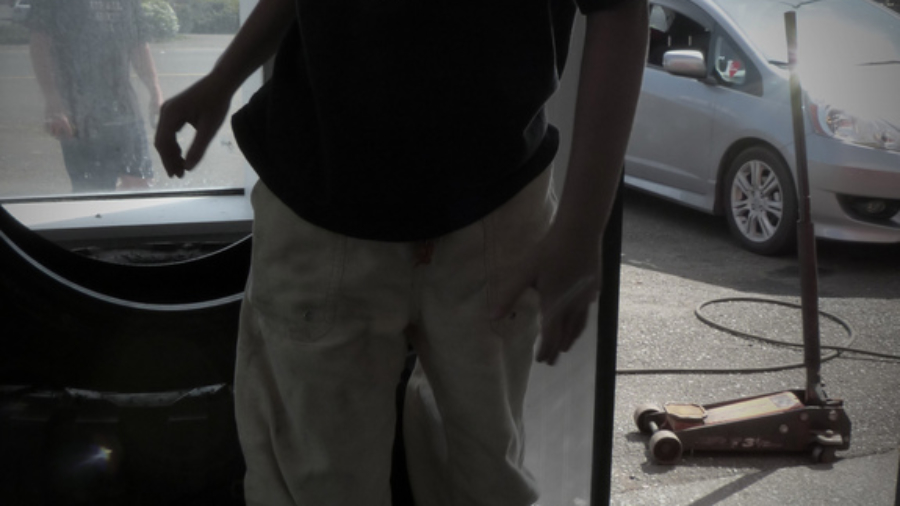 I lie. The tire shop wasn’t sketchy. It was just a used tire shop, we’re bumped down from the days of Les Schwab and young handsome men running in slow motion out to the car.

I should say, our finances are, though. Sketchy. We’re scraping by to afford our little conference trip. And in the last couple days we’ve had to “emergency” surgery a cat, then “emergency” replace tires that were sprouting a crop of wire. I use the air dick quotes because, I guess it was all emergency stuff. If we didn’t surgery the cat she could have fallen gravely ill (and she was in pain), and if we didn’t fix the tires, we could have crashed on the road. So, damn, kind of non-negotiable expenses.

The kitty is fine. She’s all stitched up and hopped up on kitty drugs. I’m very grateful for her recovery. She is very dear to us.

Nels, a funeral for a bird. He voiced a lovely and earnest and powerful prayer before we buried her. In other news: cute husband, who has helped create cute daughter. They are dressed as nerds today, for some theme. It works. I also gave blood (of course) and my daughter held my hand through it all. Later, Nels rode on the back of the bike and held the basket with my embroidery supplies, for the class I taught. It was fun stitching, and showing people how to do some simple things. One student was an eight year old girl and that was about a thousand percent awesome.

It was good stuff.