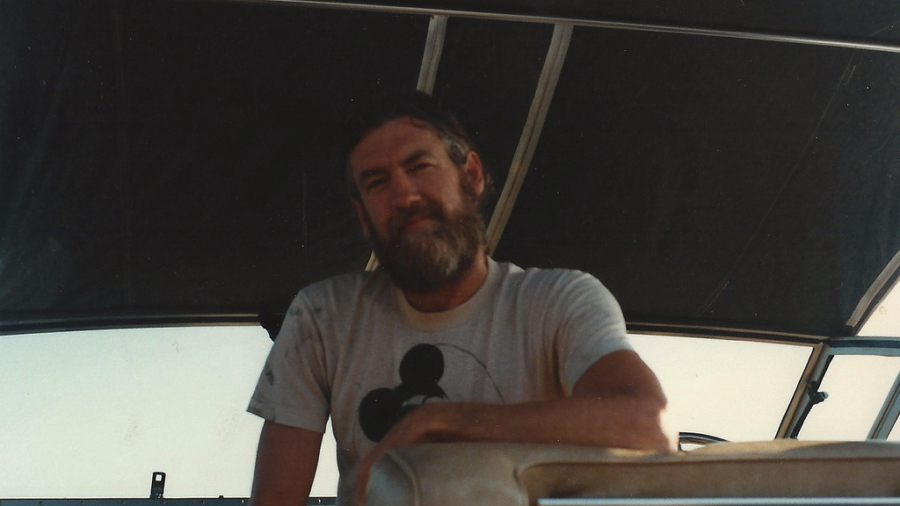 by kellyhogaboom
with 14 comments
dailies

Ed- this post was written for the Unschooling Blog Carnival’s tribute to fathers. My father was intelligent, soft-spoken and thoughtful. He was educated but more importantly, self-educated and confident in himself. He was an atheist, but one of the more spiritual people I’ve known. He had a sharp mind. He could finish any crossword puzzle and remember any fact he’d read. He could conduct himself like a gentleman, and often did.

But he was also irreverent and profane. One minute he’d be telling a simple and profound Buddhist koan and the next he’d be loudly cursing at the dinner table, bitching that the utilities company had sent him a cheeky mailing for being a few days late on the light bill. He’d be all wound up and talking about what jackasses they were. He’s probably sitting there with his shirt off. And his teeth, a half-gold-filled mess from a barfight in the Navy years ago, talking a little too loud with like, scrambled eggs flecking into his beard.

My father was a long-distance runner, a pursuit he started in his forties when we moved to Grays Harbor in 1984. He was avid and solitary in this pursuit, patiently and daily working running into his schedule. I always understood he was taking care of his mind and spirit as well as his body. And his daily work in taking this time for himself was a wonderful example for me. Later, when I got my hardest assignments ever, the boot camp of early parenthood (so many diapers and cleaning and breastfeeding and constant housework), and then the daily work of managing my own Recovery from alcoholism, my father’s own patience, persistence, and daily diligence already lived within me, a wellspring to help me take care of myself. My father taught me the honor of any work well done. My first memories of him as a working man were in southern California where he suited up and showed up as a janitor (we didn’t say “custodian” back then). Later, my Buddhist practice taught me the same lessons. I could have my elbows in soap suds and spraying diapers day in and day out, and have the ringing commentary of my ex-coworkers in my ears (“It’s a shame you’re home with kids… you had such a good brain”) but I honored myself and my work.

My father enjoyed my children, and he defended my fierce desire to do better by them. My brother and I attended public school, but my father always told me he thought homeschooling was the better choice for any child. This was said so simply and I always understood that whatever reasons my parents had to send us to school, they had done the best they could with what they had. And yet later, when I brought my kids home from school, I knew I had his support in pursuing a different path than how I’d been raised. He said to me simply, only months before he finally succumbed to cancer, he worried I wouldn’t have enough time to myself if we homeschooled. 2008, and he was the one person who asked me how many hours I’d had to myself since the kids were born. It brings tears to my eyes to remember today. My father watched me at age seventeen as I sat at the dinner table quietly, broken and hurt from the failed and abusive relationship I’d tortured myself with during my young adulthood, culminating in an abortion that had left me empty and sad and alone. I stood up from the table and went up to my room and sat on my bed and he alone followed me and held me when I cried, because it hurt so much. I don’t think we said a word about it.

My father was a gentle man, and this quality is amongst my most treasured to reflect upon.

Despite his example, I didn’t grow up to be a gentle woman. In fact, I was not a gentle child,  teen, young adult, or mother. I have a violent nature. But throughout my troubles my father was patient, and persistent, and he loved me. He was a lighthouse, because throughout my problems I perceived that Gentleness was possible.

My father was nurturing and loving. He was quiet and his actions spoke for him more than his words did. I miss him so terribly that I can’t write more than a reflective sentence or two without crying. I will always be grateful for not only the gift of life, but the gifts of nurture, serenity, and personal integrity.

My father was there for me when I entered this world, and we were there for one another while we shared the road together. I was there for my father when he died. I had this profound honor. I nursed him and held his hand and tried to gently guide him as he breathed his last. When he died I was left alone with him.

And I put my head on his chest and I cried like I’ve never cried before or since.