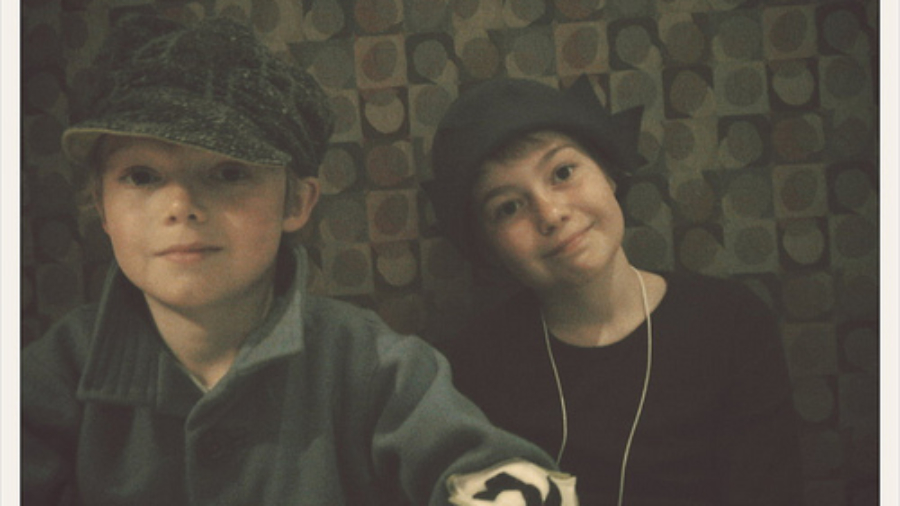 by kellyhogaboom
with 2 comments
dailieswritings

Today The Atlantic features another post on radical unschooling. It is called “School’s Out Forever: Parents Who Don’t Believe in Education”. Despite the title (LE SIGH) It’s not the worst mainstream piece on unschooling I’ve seen (it’s sad I’m all jaded and shit! – but, my readers will remember recent history). ANYway I thought I’d publish my piece about the conference we attended. I’ll point out one thing: this is featured in the latest issue of Life Learning Magazine. They are a wonderful, independent publication and I’m grateful they find my work up to their caliber. I highly endorse them and hope you will support them.

My husband, two children, and I recently returned from our first-ever family-oriented convention: the Life is Good Unschooling Conference, traditionally held in May in the city of Vancouver, Washington, the United States. We didn’t have the financial capability for the registration fee, the hotel charge, and food on the road, so several months ago I asked blog readers if they’d financially assist. And assist they did, their aggregate donations funding the trip in full. I am – obviously – very grateful for this, and here I’d like to briefly mention a few reasons why.

My original desire to attend the conference was purely for the benefit of our two children. Full-stop. I knew they’d enjoy it (although I didn’t realize how much they would) but I didn’t have any particular expectations for my experience or that of my husband’s. Our position was similar to that of fellow life learning parent Amy Bradstreet, who wrote about her first unschooling conference two years ago:

“We didn’t attend because we needed convincing as we are dedicated to unschooling and learning in freedom, and it’s not really that we needed more information […] [W]e are fortunate that we have an established network of relaxed-unschooly-homeschooling families in our area, but our conference experience was indeed life-changing.” (onbradstreet.com, August 31st 2010, emphasis mine).
As it turned out the conference was indeed life changing for all of us. I’d like to attend next year, and I’d like even more to raise a scholarship for another family to attend as well. But I get ahead of myself a bit. Listen, I’ve never related much to the “find your tribe” mentality – yes, even when it comes to the so-called fringe activities or lifestyle choices that I sometimes believe I desperately need support for. The way I see it, the entire human race is my “tribe”, and if I’m looking for differences I’m cutting myself off from perceiving commonalities. Even though unschooling is considered by many a radical choice, the truth is schooling parents and carers are more similar to my husband and I than different. We genuinely want what’s best for our children, we seek out models and mentors to help us, we make mistakes and lose then find our way, and we can be plagued with distressing self-doubt sometimes (or, often).

So I don’t need a specific “tribe” to commit to unschooling, but even after this first experience I can relate several benefits from the Conference’s immersion environment.

One: bold and experienced mentorship. “Unschooling” (or life learning, or autodidactic education, or non-coercive parenting, et cetera) has been around a very long time, and some of the more passionate and brilliant minds of today are those attending conferences, giving talks, and writing books and magazine articles. This conference was stocked with attendees who had a lot to offer. I attended two sessions helmed by an always-unschooling parent who has four children aged thirty-three to nineteen – and I hung on this woman’s every word. I listened to the comments of another family who’d been featured in a frankly defaming way on a national television show (so in other words, had some experience with lots of public criticism). I got to watch grown children who’d been unschooled their whole lives, giving me future glimpses of potentiality for my now-tween children. Notably, in general the teens at the conference were more expressive and gentle, made more eye contact, and were imbued with more self-confidence than their schooled peers.

I also benefitted a great deal from the shared commonality of difficulties, framed in an unschooling context. We discussed how we sometimes felt alone, isolated, fearful, or “crazy” to have chosen unschooling. Surprise surprise, I am not the only parent who’s felt marginalized, mistrusted, and left out. I am also not the only parent who’s made mistakes and attempted lifestyle choices, large or small, that didn’t end up serving our best interests – while simultaneously lacking the support of those who understand and support an unschooling philosophy. Speaking about my experiences frankly while in a pro-unschooling environment? Priceless.

Third: the conference demystified some of the difficulties in what, living in a semi-rural area, I sometimes experience as a fragmented movement. As I joked to a childfree girlfriend once we returned home, unschoolers don’t seem to have that many controversies, really. Summing up: bedtimes, food, video games and/or television, and math. That’s all! (That’s not really it, but you might get my drift if you’ve been unschooling a while). And, news flash, those are hardly issues that schooling parents don’t struggle with! Seeing these difficulties reduced to only a handful of solvable situations was refreshing, and allowed me more space to consider what I want for my family. More than once I was reminded of the phrase: “Don’t sweat the small stuff – and it’s all small stuff.”

Meeting and talking with so many pro-feminist and anti-patriarchal fathers? Well… let’s just say my heart skipped a beat.

Finally, the conference provided me with a vision made real. I’ve long held that most of the social framings I’ve experienced (primarily white, west coast United States) are often profoundly adultist and kid-unfriendly. Children are age-segregated, institutionalized, coerced, talked over and about, denigrated, abused, distrusted, ignored, bossed and bullied, and under-supported. And a lot of this is considered not only our right but our cultural edict. At the Conference, with rare exception, we briefly lived in a different world entirely. Children were not merely tolerated, as so much of our culture seems to manage (or not), but were honored, assisted, helped, loved, and accepted. If a toddler ran down a hall people smiled and stepped aside. When teens grouped up in a hugging pile no one glared; we smiled. When a baby needed to nurse, people helped the baby’s mother get situated. Children and adults not related to one another spoke directly to one another, and not in the limited sentences I’m used to hearing (“What grade are you in?” “How’s school?”), but in terrifically more interesting ways.

In short, children and their carers weren’t treated as second-class citizens but just: citizens. And this vision bloomed throughout. As adults had set up this framework, in turn, many of the teens in this environment assisted and loved up on small children. And in turn the small children had already learned to respect their own voice and authenticity. You could see this in their demeanors, their agency, and the light in their eyes. They were not being forced to unlearn their own merit.

That’s a community, and a future, I can unabashedly align myself with. Phoenix and Nels, accomplished at playing hard and sleeping as needed at Life is Good 2012

Kelly Hogaboom is a wife to one, mother two two, and muse to … at least a dozen. She lives in rainy and lovely Hoquiam, Washington, huddled next door to her mother and living amongst all sorts of domestic pets. She enjoys B-movies, New Wave music (and new New Wave music), Mexican food, sewing, laughing, and snuggling her family and cats. You can read more about her experiences at Life is Good 2012 via her blog (https://kelly.hogaboom.org/?tag=lig2012), or by searching for the Twitter hashtag #LiG2012.