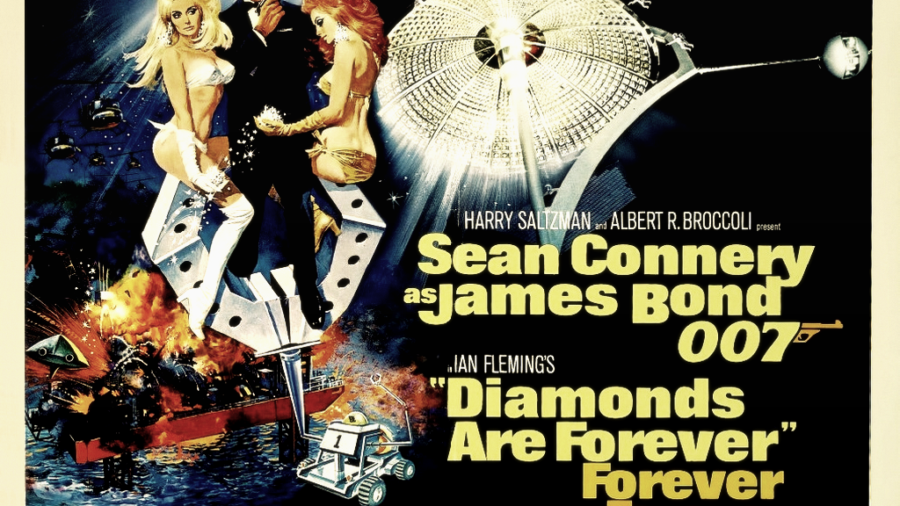 by kellyhogaboom
with 3 comments
dailiesUncategorized 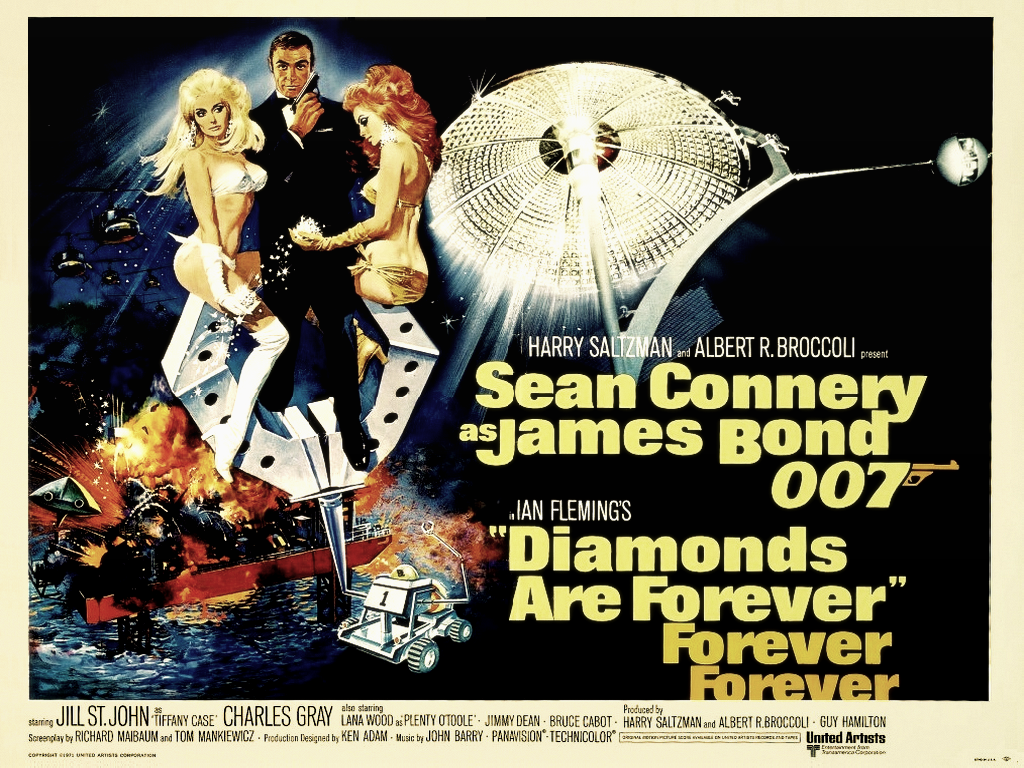 Tonight – our first Bond film debuting a Shirley Bassey theme song (and the second Welsh artist to do a Bond theme out of seven so far)!

Now, my Bond is rusty on this film. If I remember, it is pretty misogynistic and extra homophobic, even for Bond – notably with the handling, so to speak, of Bond girl Plenty O’Toole as well as the two gay assassins Mr. Wint and Mr. Kidd. I will say, apparently the early 70s was all about good cleavage – both Toole and Tiffany Case (played by Jill St. John) provide us with acres of that soothing, mammalian goodness.

This is also the second-to-last Bond film to star Connery, so if you like his tiny inseams and louche panache you need to join us! You can follow our commentary at #BondBFFs on awesometi.me; better yet, get your copy of Diamonds Are Forever*, pause the film immediately after the MGM lion fades, and press play again at exactly 6 PM PST according to this site’s clock.