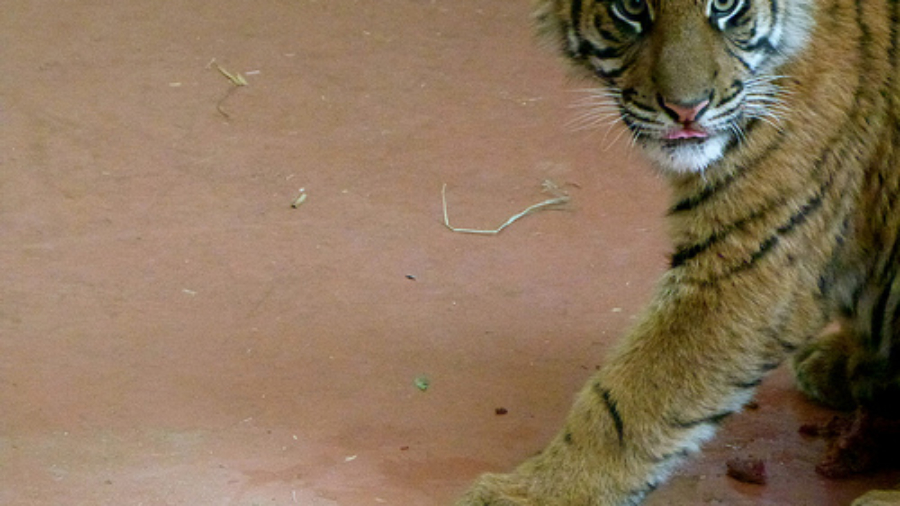 This morning my children, husband, mother and I, as well as my kids’ friend A., hit the road and headed to the Point Defiance Zoo & Aquarium as day ONE of our daughter’s BIRTHDAY EXTRAVAGANZAAAAAAAAAaaA OK then. I took a billion pictures of the red wolves – because I love wolves so much. They are spookily beautiful. Pictures can’t capture it. But maybe this stretch will translate pretty well: The wolves really do move around in an eerily-coordinated pack; they grapple but silently. Feeding stinky waterfowl; many were shy about getting a tasty fish: Dancing Shrimp! You are looking at their tails, here. They were shy and would not turn around, but they did have a coordinated dance going on. They were less than an inch long. Beautiful. A spooky octopus. No way to get a good photo; I just enjoyed her as she moved about. A handsome goat that kind of reminds me of Jasmine’s dubstep boyfriend. I refused to take a photo of the even-greedier goat to the left. The arctic fox. Ralph and I have a great little story about this fella but it’s probably only funny to us. Anyway, my mom was so excited by his cuteness. She laughed and clapped and turned around to smile at Ralph and I as we walked toward her on the trail and I said to him, “the littlest grandma.” Children in the bamboo, being lovely. Nels: Peacocking! These peacocks were shady as fuck. Like one creeped a single mama out to her car and stood there watching her and I think she felt a bit weird about it. Nels took many photos and texted them to his friend D.’s mama. So, there’s that. Tiger cub, playing! This was rather touching. You could see this fellow really loved the little feline. “Little”, a six month tiger cub about sixty-five pounds of muscle and hungry potentiality. Very powerful to watch, even as a baby. The two of them kept playing (the guy was like, “I’ve got a tiger, you don’t, so I’m awesome”) but I noticed the tiger would crawl up on the stump behind his human playmate, then jump on his neck and gnaw on it. This is how most tiger attacks go down – from behind, at the neck. And the VAST majority of tiger attacks are successful – for the tiger. (Here are some tiger attack tips! Also, LOLOLO). So anyway it was cute this guy thought the tiger was “playing” but it was actually, “practicing how to kill and eat him.”

This is E.T. the walrus. He is 3300 pounds of sass, and he likes to play with his massive walrus-dick (oosik represent!). While we were watching him he did this magnificent half-somersault, except instead of completing it it grappled his own business and whiskerly-chewed on it. A photo on the steps; the kids talk about E.T.’s “trick” somersault, because my mom kept calling it a “trick” delightedly as she hadn’t caught the naughty bit of it until the kids finally detailed her a bit. The touch tanks. Today was kind of special. I got to see the very moment a docent talked my son into touching an anenome; and he did. I got to watch him go from fear, to wonder. It was pretty cool. Nels, staring down a nurse shark. After our lengthy stay at the zoo, we traveled to pho, had coffee and doughnuts at the Krispy Kreme (the kids enjoyed watching them make the doughnuts and spent several minutes enthralled), and then I shambled my various coupons into Jo-Ann’s Fabric & Craft for some sewing supplies (I am not much of a coupon-er but FABRIC COUPONS are an organizing principle of my life).

Today was a good day: day one of three of Phee’s birthday. Tomorrow we have some more awesomesauce. We Hogabooms go hard, it must be admitted.