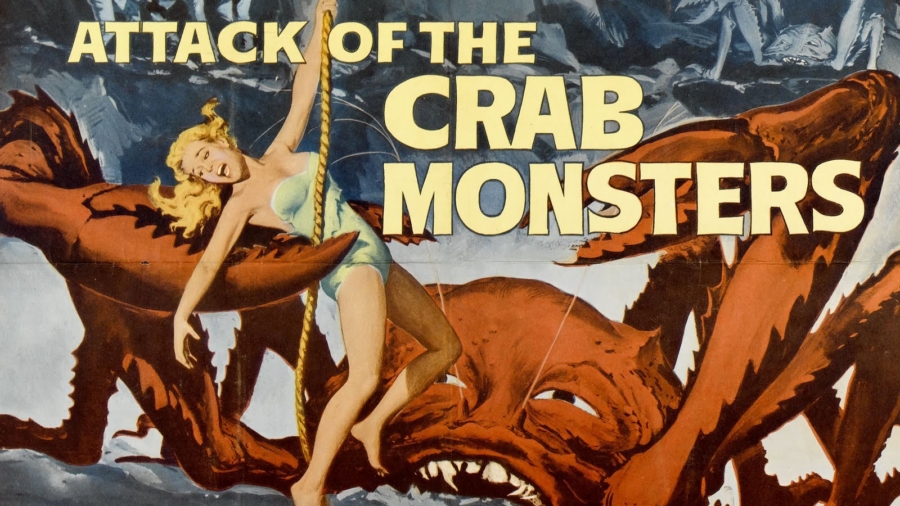 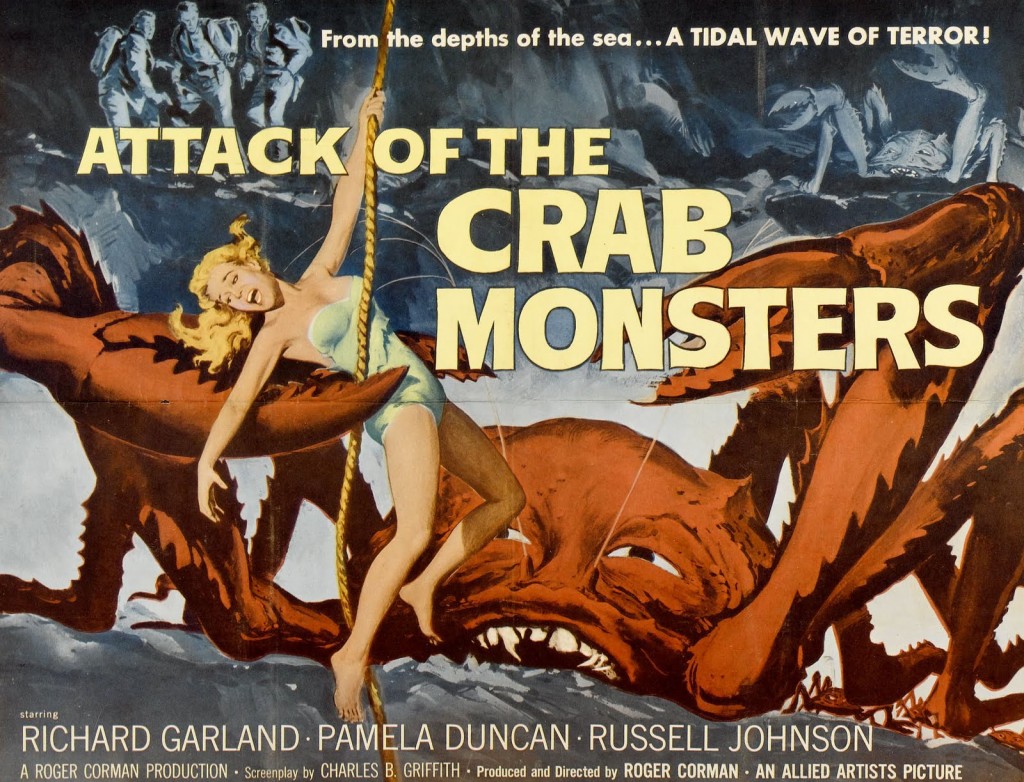 I finished this a while back, but I’ve always had trouble getting good pictures of embroidery. Nevertheless, it is HIGH TIME I unleashed this on the world, perfect pictures or no. To wit: my embroidery sampler from the 1957 Corman classic, Attack of the Crab Monsters! I think in the lower-left figure you’ll agree I captured the essence of the film’s villain, a downright devilish decapod: 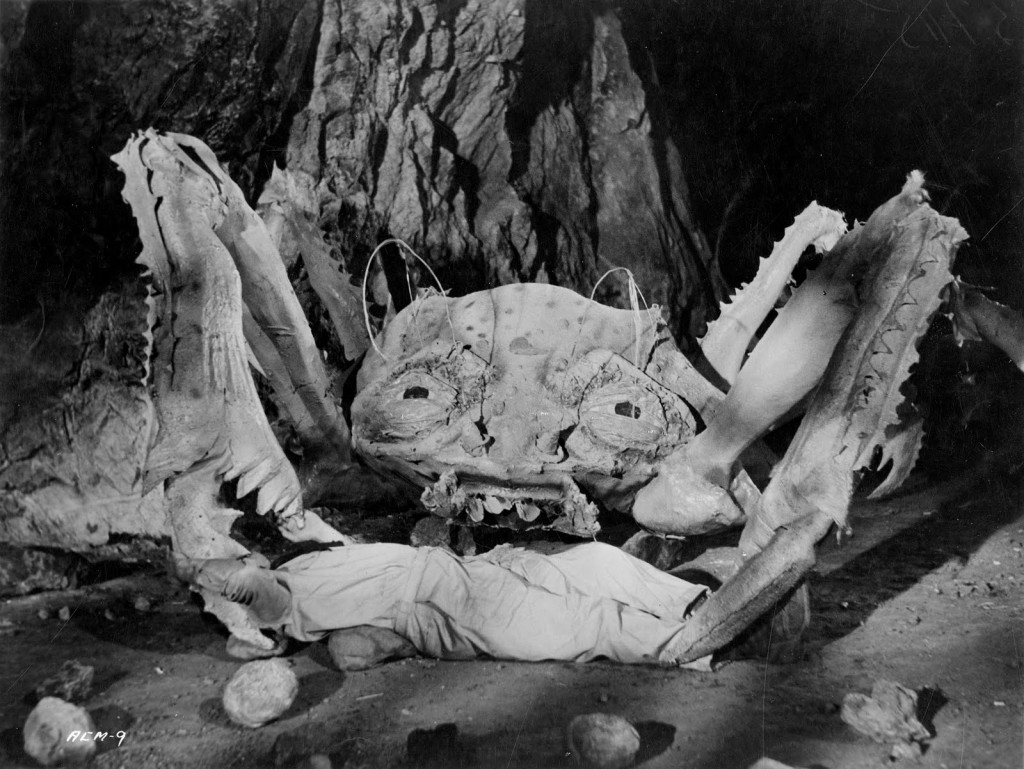 Now, if you don’t think Attack of the Crab Monsters is awesome, we will probably never be CLOSE friends. For one it has the Professor in it, potraying a character a little rogue, a little lonely – and a wee bit sleazy (but not as sleazy as he was in say, Space Children). For another there is this huge papier-mache crab. They paid for it, so they’re gonna show it. They seemed to have spent a bit more time and detail on a separate claw prop, which they also showcase more than once: 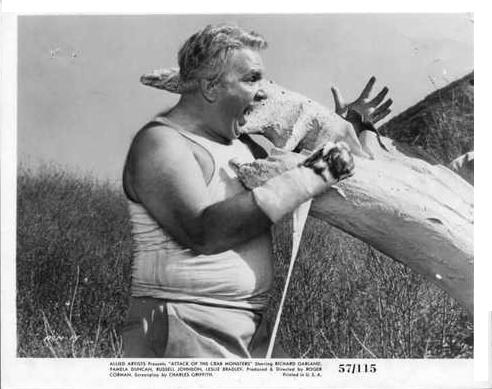 Then there’s the funny-looking old radio, which is plot-central to the point (so of course, said radio is included in my sampler!): 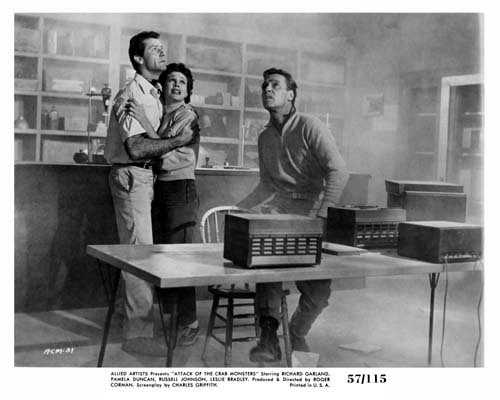 And of course – the creatures from the opening credit design – just beautiful. The film is in black and white, so I tried to imagine these critters in color: My favorite thing about the film, though, is one of the salient plot points: radiation-enlarged crabs have consumed scientists, absorbed the knowledge of these scientists, and can telepathically communicate at will the voices and personalities of their victims.

And finally – perhaps my favorite thing ever in the film, is just how cavalier “Jim” is before he is despatched by the crafty crustaceans:

That was my ringtone for quite a while and I would LOLOL every time I heard it.

The second bit of embroidery – finished just yesterday – is Phoenix’s “Two Dragons”. I plan to have this framed in a way complimentary to her previous embroidered piece, “Mutant Horse”. I haven’t figured what, if anything, to add to the piece; I want to keep the simplicity of her line drawings intact. I hope to embroider and frame her pieces now and then so she has a nice little collection, if she wants it, for posterity.

In somewhat, less-exciting craftivism, I made an ironing board cover from sale fabric purchased at Elma Variety. I am a huge fan of Elma Variety; and while they may not have the fabric for garments I need – favoring a very large selection of quiliting cottons instead – they have so much great stuff in the way of notions, yarn and knitting/crotchet supplies, and general craftiness.