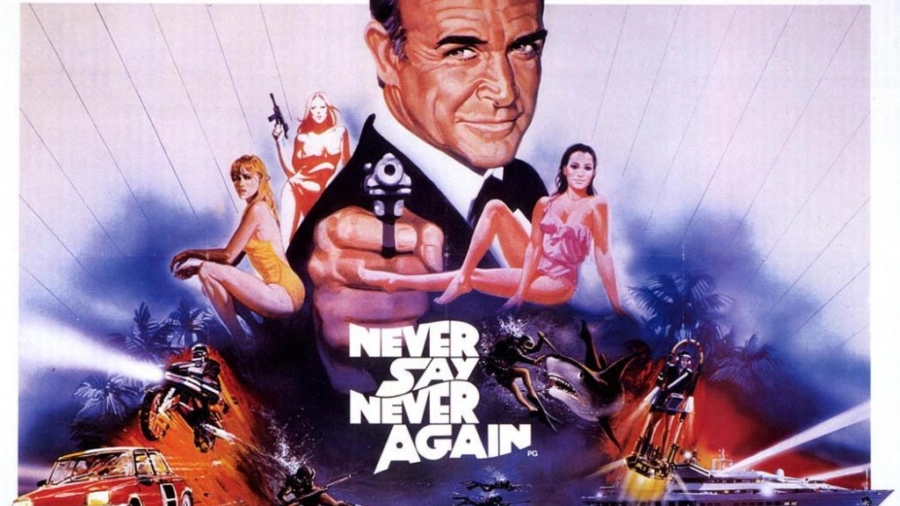 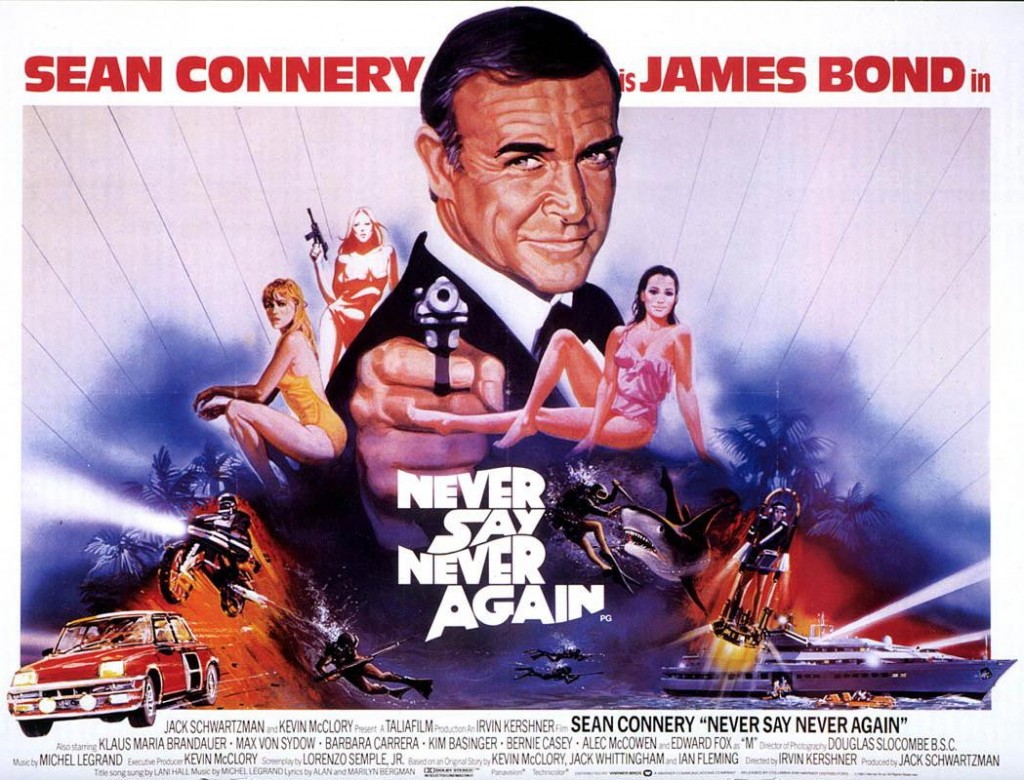 Don’t tell anyone this, but Sean Connery tickles my fancy. YES I know, I know. He’s a mediocre actor who is somehow still lionized even though he always plays the same macho-pants stuff (usually as a giant), he can’t hide his accent, I mean – not at all, and that sort of seems like something actors should be able to do – AND he defends lady-slapping not once but even after he’s had some time to re-think it!

I KNOW. I LOL every time I see that video. Horrible.

In Never Say Never Again we have the fourteenth Bond film, or sort of not a Bond film at all, depending on who you ask. I’m going to count it, though, as it was a major release that featured a titular Bond actor. The film was confusingly released the same year as Octopussy and features, I’m sure you’ll agree, the most “Skinemax” of all Bond theme songs:

You can join @VFD_crow & I in our commentary at #BondBFFs on awesometi.me. Better yet, get your copy of Never Say Never Again*, pause the film immediately after the Orion logo fades, and press play again at exactly 6 PM PST according to this site’s clock.