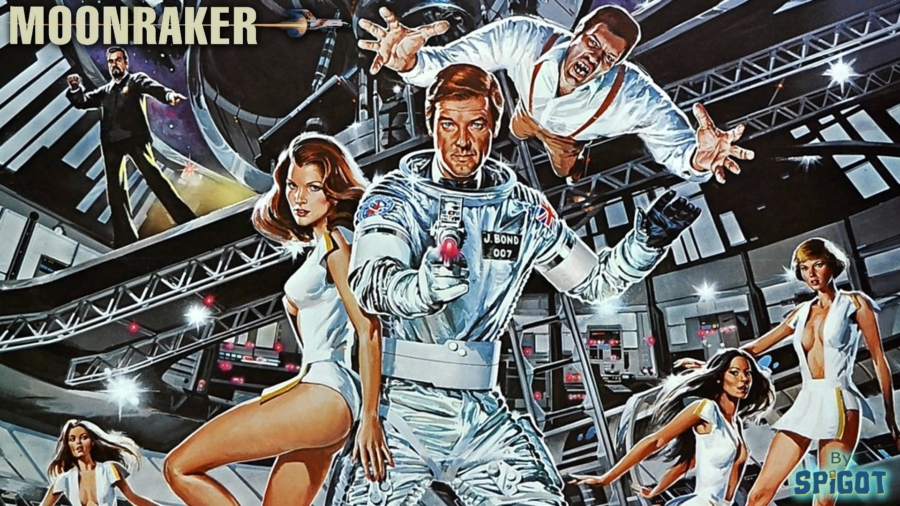 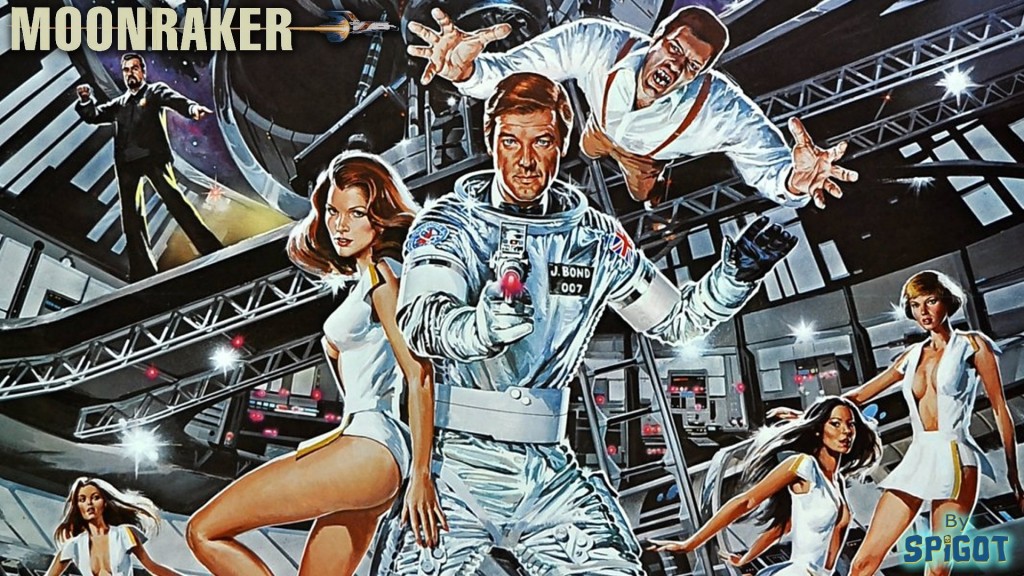 Tonight we watch the eleventh Bond film in the franchise, Moonraker (1979).

I’m a li’l pissy about this one as it turned down James Mason for the villian, again. A partnership involving James Mason and a Bond film would have been a little bit of heaven for Kelly Hogaboom. Nevertheless, we will soldier on and watch Moore sleaze his way around the screen! I actually think this film has some pretty good Bond repartee  – while everyone tries to ignore the bad hair and fashion of 1979. 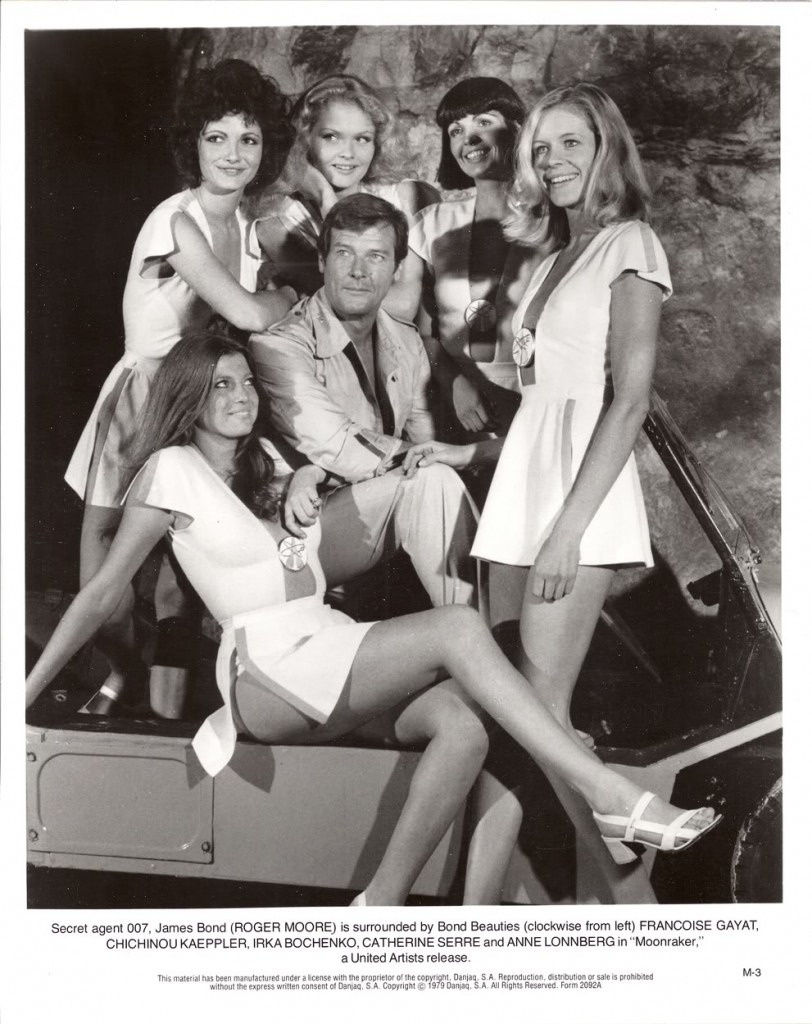 As a seamstress, I know the heartache of running out of fabric.

Master villian, Drax! Hugo Drax! A name like that, you can only be either a Bond villian or a guy who drives a vintage Saab and bugs ladies at discotheques. Or all the above! But be sure to tent your fingers. THAT HELPS! 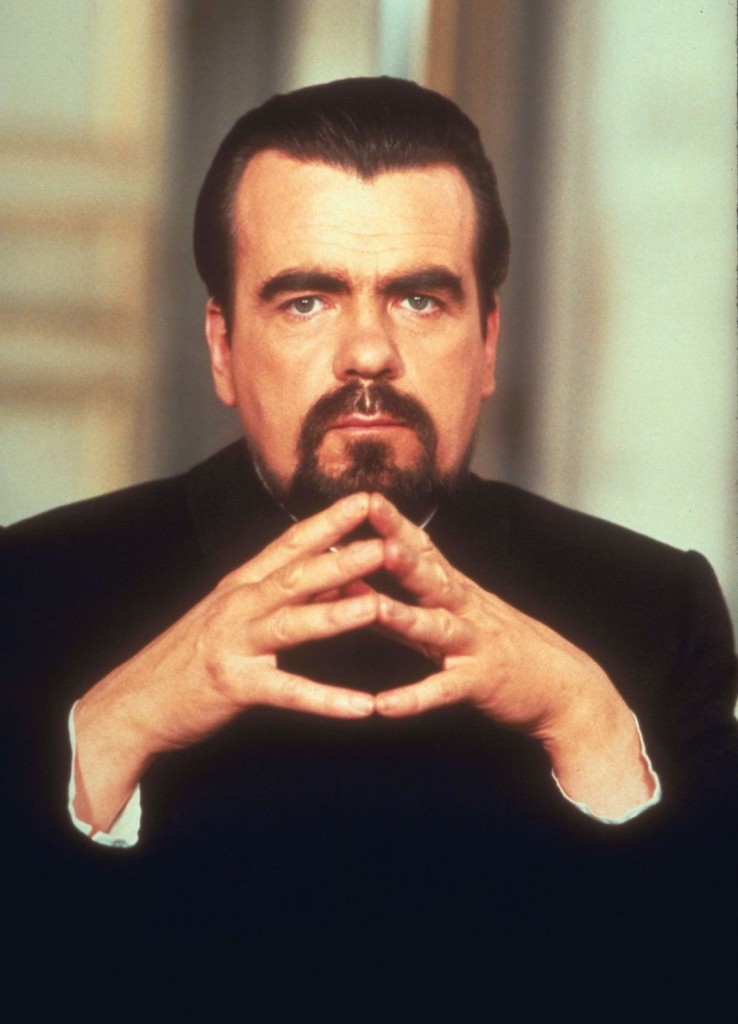 … So for some reason Moonraker’s villian Drax is, in my mind, synonymous with Torin Thatcher’s role in Jack The Giant Killer (1962). 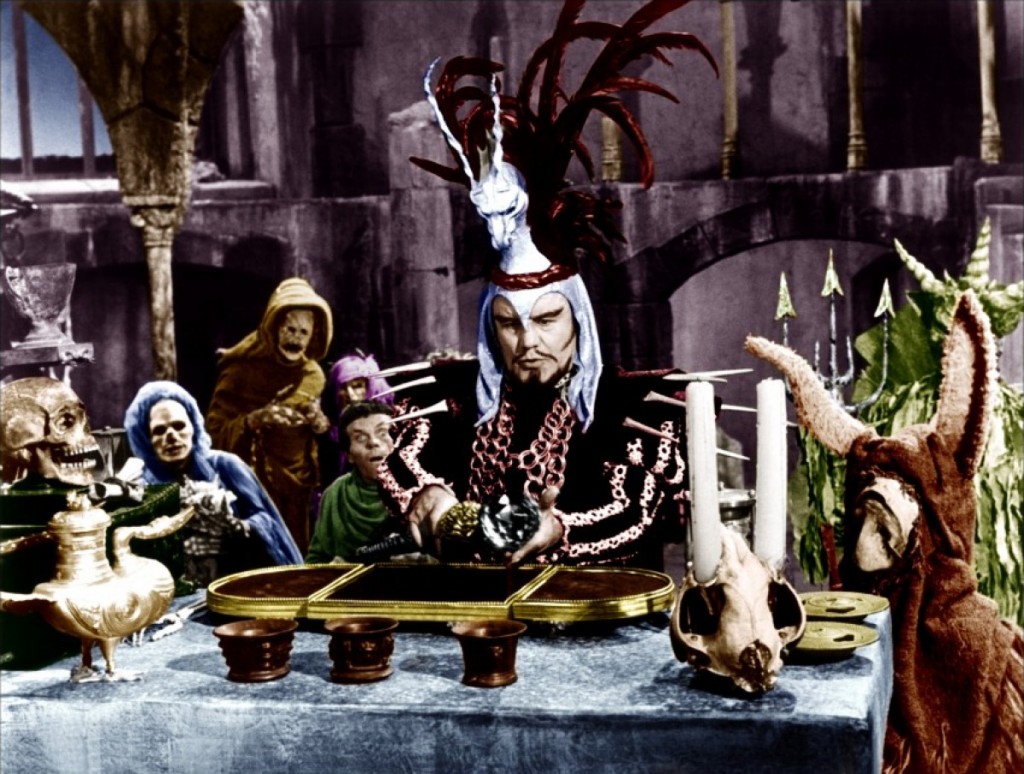 (I might have to watch more stuff featuring Thatcher. He has litlte beady eyes, which are one of my favorite things.)

You can join @VFD_crow & I in our commentary at #BondBFFs on awesometi.me; better yet, get your copy of Moonraker*, pause the film immediately after the MGM lion fades, and press play again at exactly 6 PM PST according to this site’s clock.