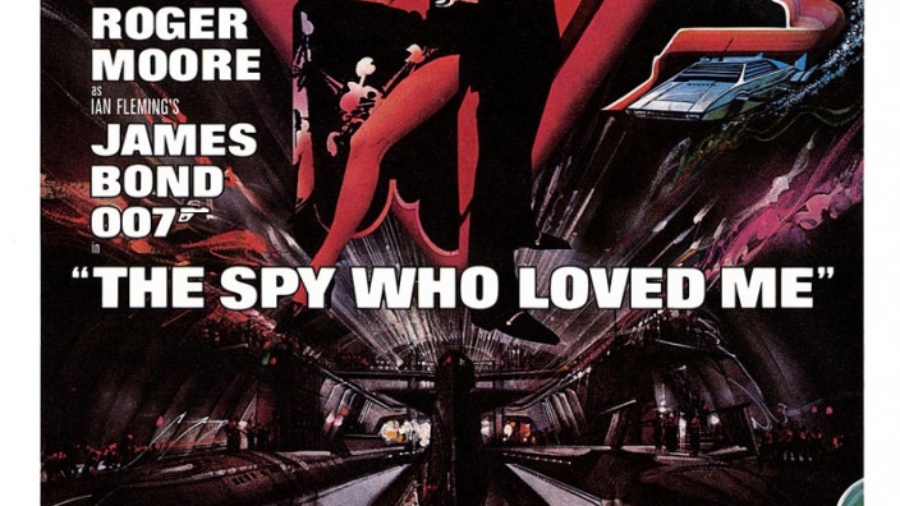 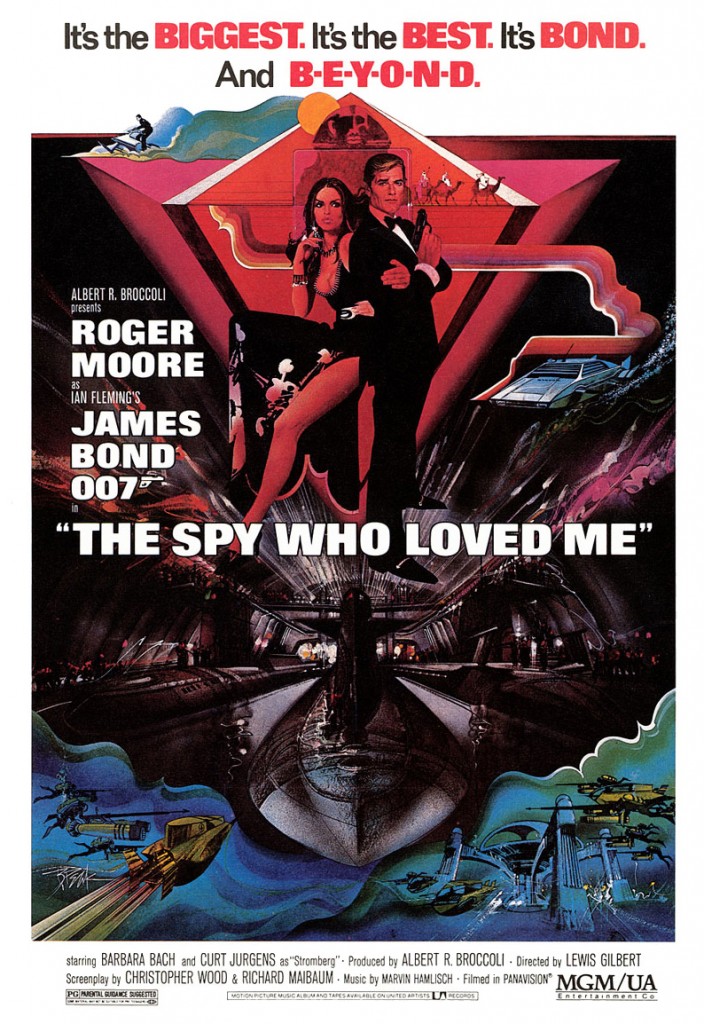 It’s anywhere but down after the last two Bond films. Tonight we watch he tenth in the franchise, which debuted the year of my birth: The Spy Who Loved Me (1977).

There’s actually a fair bit to like: we’ve a great opening theme song, superior production and art design than the previous coupla films, the debut of Richard Kiel’s “Jaws” (campy but… still), an underwater car (a Lotus Esprit!), a great – and competent – Bond “girl” as played by Barbara Bach, and a pretty peachy-keen villain lair (I personally think Kim Possible’s Señor Senior Senior and his lair(s), are fashioned after TSWLM‘s Stromberg).

You can join @VFD_crow & I in our commentary at #BondBFFs on awesometi.me; better yet, get your copy of TSWLM*, pause the film immediately after the MGM lion fades, and press play again at exactly 6 PM PST according to this site’s clock.