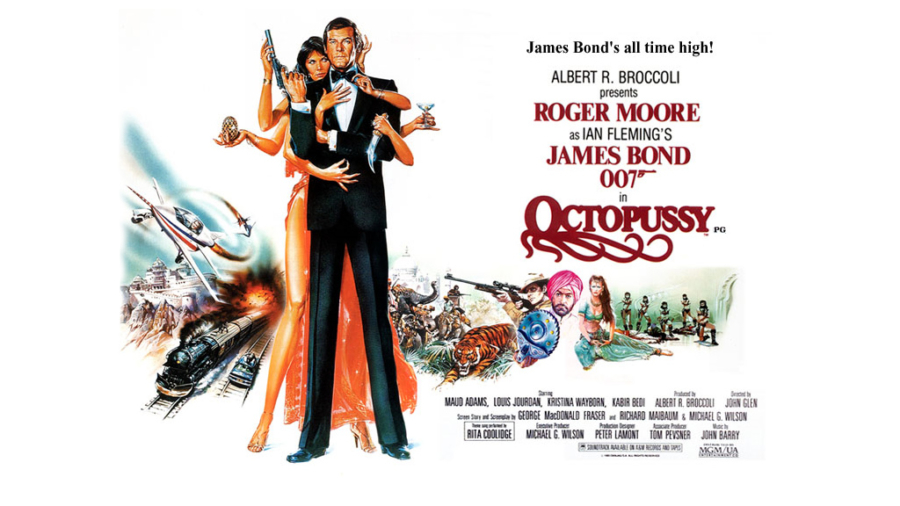 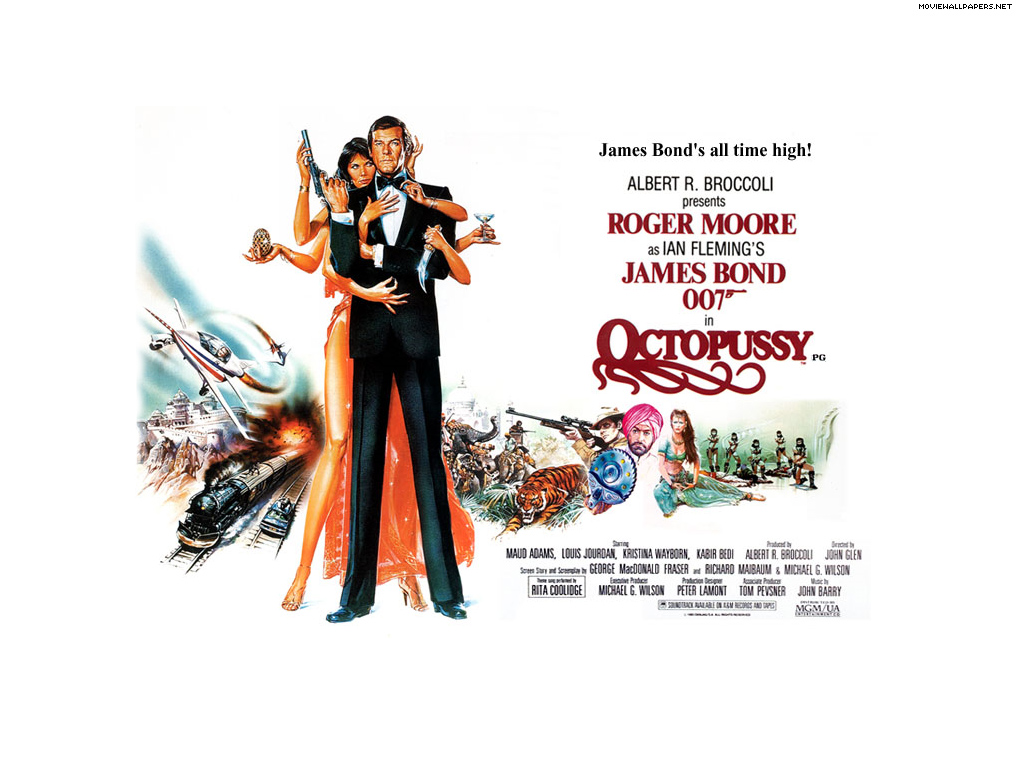 Octopussy! The thirteenth Bond film. Confusingly released the same year as competing Bond film – Connery’s one-time return in Never Say Never Again (which I am old enough to actually remember being played at the drive-in!). The Cold War was cooling down a bit but we needed a reason to keep our nukes. Hence: a plot with a villainous ex-Afghan prince played by a French actor, and Roger Moore as Bond eschewing his traditional campinesss for a very, very serious bomb defusing scene – while he wears a clown suit, of course. Maud Adams, despite being murdered in previous Bond film The Man With The Golden Gun, returns as the titular title lady-spy. I think she gets slapped a hundred percent less in this film, though, so there’s that.

1983 brings some smooth-jazz sexy sax to the theme, “All Time High” by Rita Coolidge.

You can join @VFD_crow & I in our commentary at #BondBFFs on awesometi.me. Better yet, get your copy of Octopussy*, pause the film immediately after the MGM lion fades, and press play again at exactly 6 PM PST according to this site’s clock.