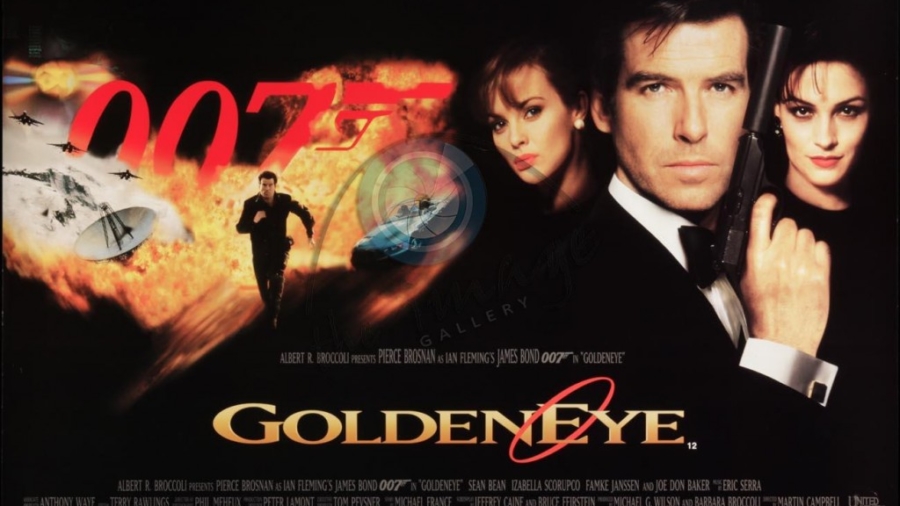 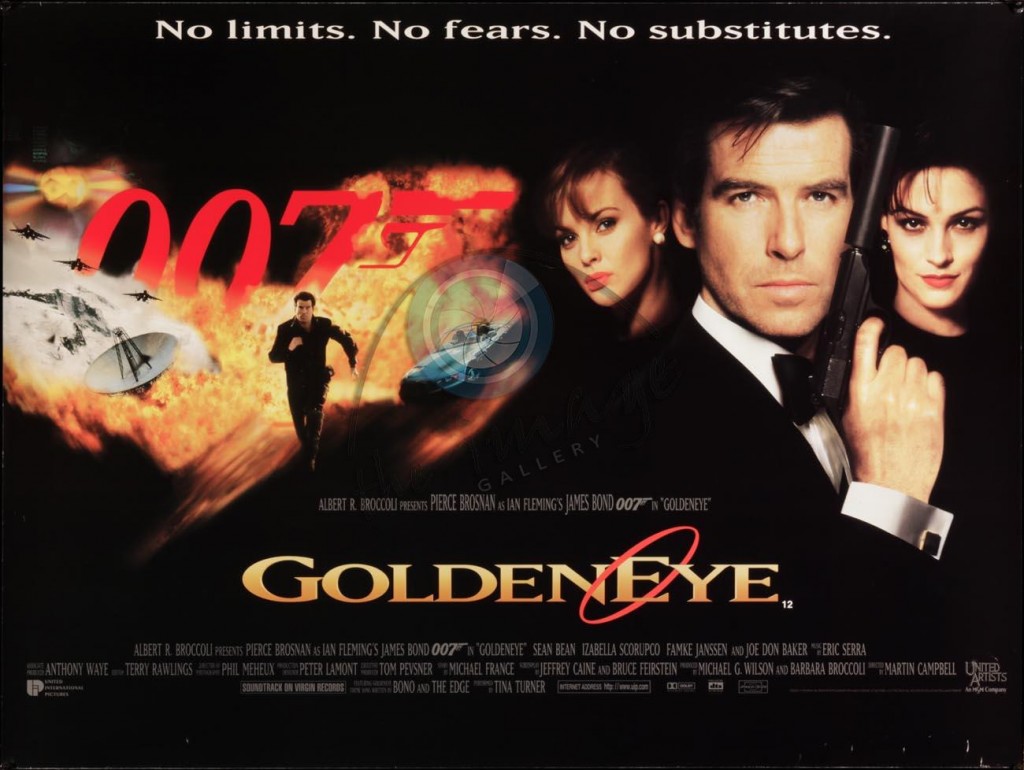 1995 – the year I graduated high school and Bond films came out of hiatus with Pierce Brosnan starring in the seventeenth installment – Goldeneye!

Brosnan’s Bond reminds me of Connery’s Bond – sleazy, smug, handsome and hirsute. Brosnan, along with Daniel Craig, is one of the more athletic Bonds, which is kinda fun to watch (for some odd reason I always think of Brosnan as this wee little fellow but at 6′ 2″ he’s an inch taller than my husband!).

Goldeneye is pretty solid as a Bond film, showcasing good stunts, decent dialogue (except for the quips), and a beautiful production design. The two main Bondgirls aren’t much (Natalya is boilerplate rescue-fodder and Onatopp is one of the worst writing decisions in a franchise that’s made many poor choices), although Dame Judi Dench as M. and Samantha Bond as Moneypenny are a nice addition. We’ve also an adorable cameo by Minnie Driver, while Alan Cumming’s considerable talents are wasted in the character of Boris. Last but not least: a kick-ass theme song by some pop royalty:

You can join @VFD_crow & I in our commentary at #BondBFFs on awesometi.me. Better yet, get your copy of Goldeneye*, pause the film immediately after the MGM lion logo fades, and press play again at exactly 6 PM PST according to this site’s clock.