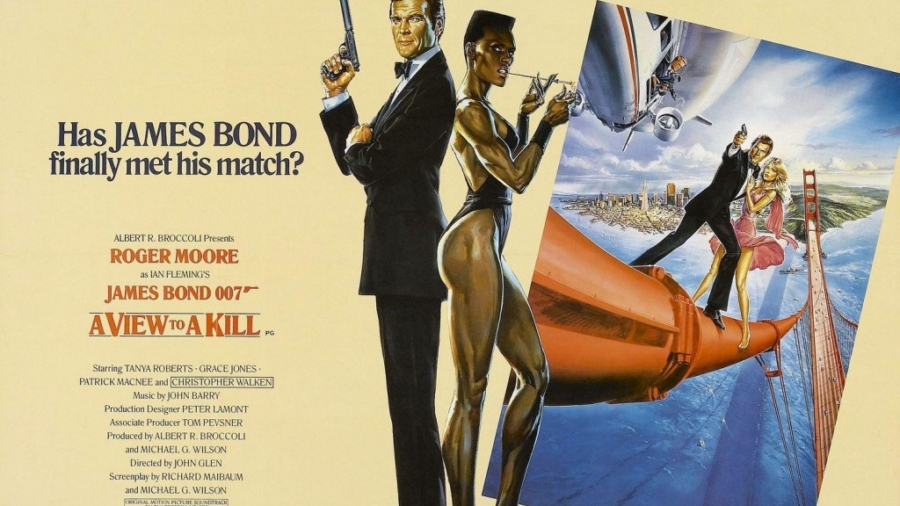 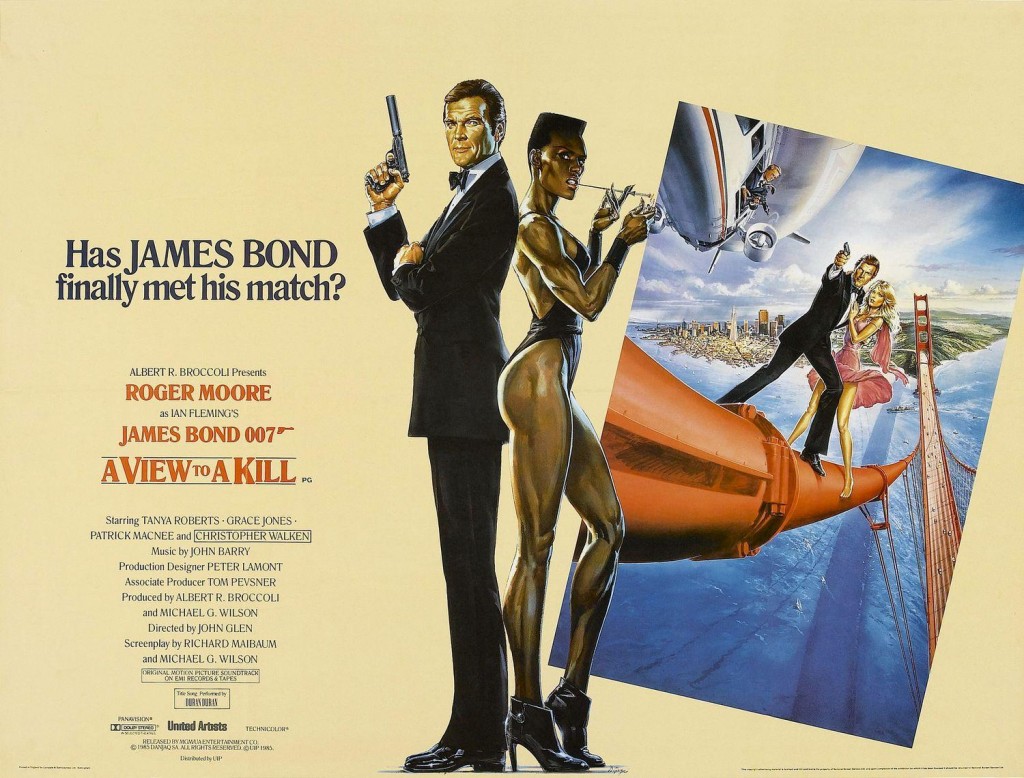 Everyone knows the best thing about the fourteenth Bond film, A View To A Kill, is Grace Jones as May Day. She’s got the best pre-Bond boning line. The best fashion. The best thighs. She’s awesome. The film sends her off in a rather meh-way, but still. 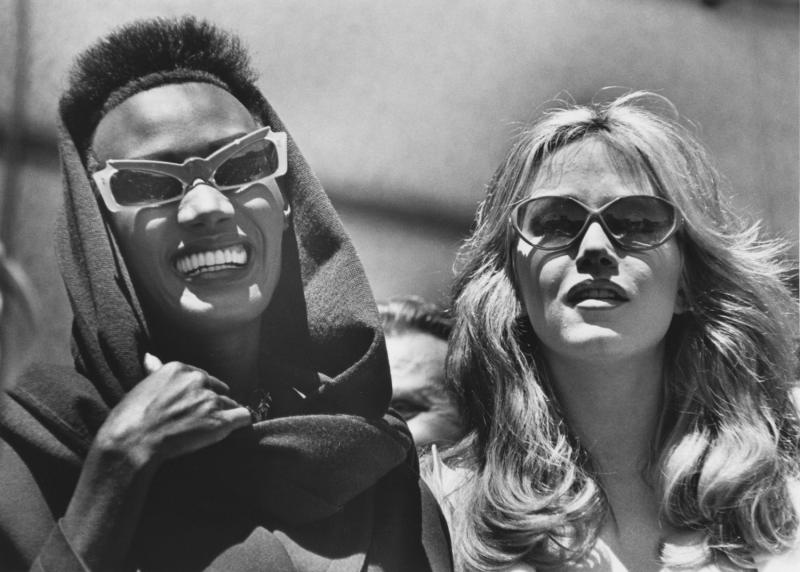 I can’t remember much else about the film except it’s Moore’s last, Tanya Roberts finds a well-fitting jumpsuit in the third act, and Christopher Walken plays Christoper Walken playing a bad guy. I should also mention the title song (only the second time in fourteen films a man sings the theme) and credits are RADSAUCE.

You can join @VFD_crow & I in our commentary at #BondBFFs on awesometi.me. Better yet, get your copy of A View To A Kill*, pause the film immediately after the MGM logo fades, and press play again at exactly 6 PM PST according to this site’s clock.