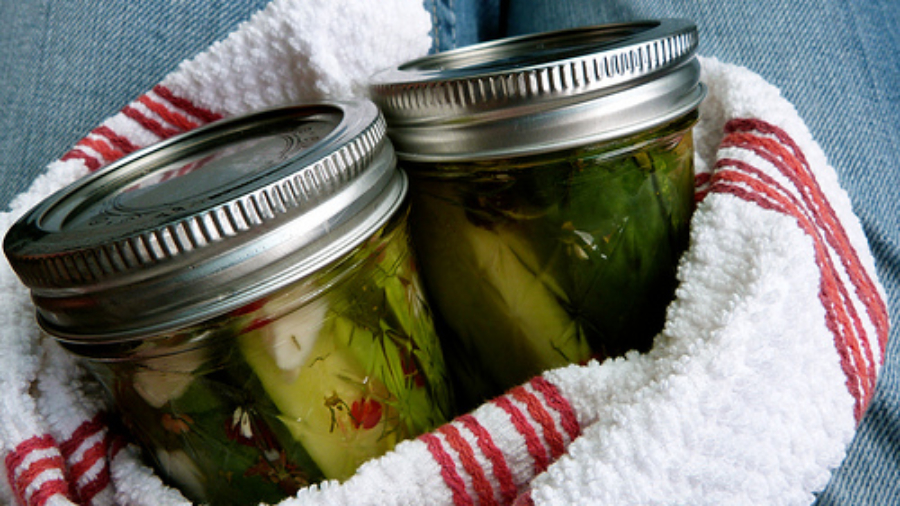 Anyway yesterday I logged in a time or two and saw people were pretty grouchy about this and that. I got this idea: they all needed some homemade refrigerator pickles. So maybe they could calm down a bit and re-evaluate their life’s priorities. I dunno.

Because yes, I make delicious fridge pickles. And thanks to my friend Chris and my husband Ralph, I had the supplies needed to make a dozen pints extra (besides the batch we’ll be keeping for ourselves). This time around I also added pink peppercorns, which are beautiful, a little bit more floral in flavor than black pepper, and feel all fancy because they cost $45.00 per pound.

I had one taker send me a donation – so today we took pickles along with us on our errands. I took two jars along, in case after our first pickle-friend we ran into someone we had to give emergency-pickles to. We had a heck of a time finding someone “grouchy” to give them too. People kept saying they were doing good. Finally Ralph confessed our difficulties to the gentleman who is half-proprietor at one of our local Thai restaurants. The fellow got excited and said he’d pretend to be grouchy if he could be the pickle-recipient! Here’s an After shot: That was pretty fun times.

Ralph’s taking half the remaining jars to RHPS practice tonight. He’s also dancing in his new stiletto go-go boots, which arrived in the mail today. I’m hoping he doesn’t carry jars of pickles, while wearing those boots. Seriously. The last thing that crew needs is some briny, allspice-and-vinegar slippery scene going on.